How long can frozen food last in your freezer? 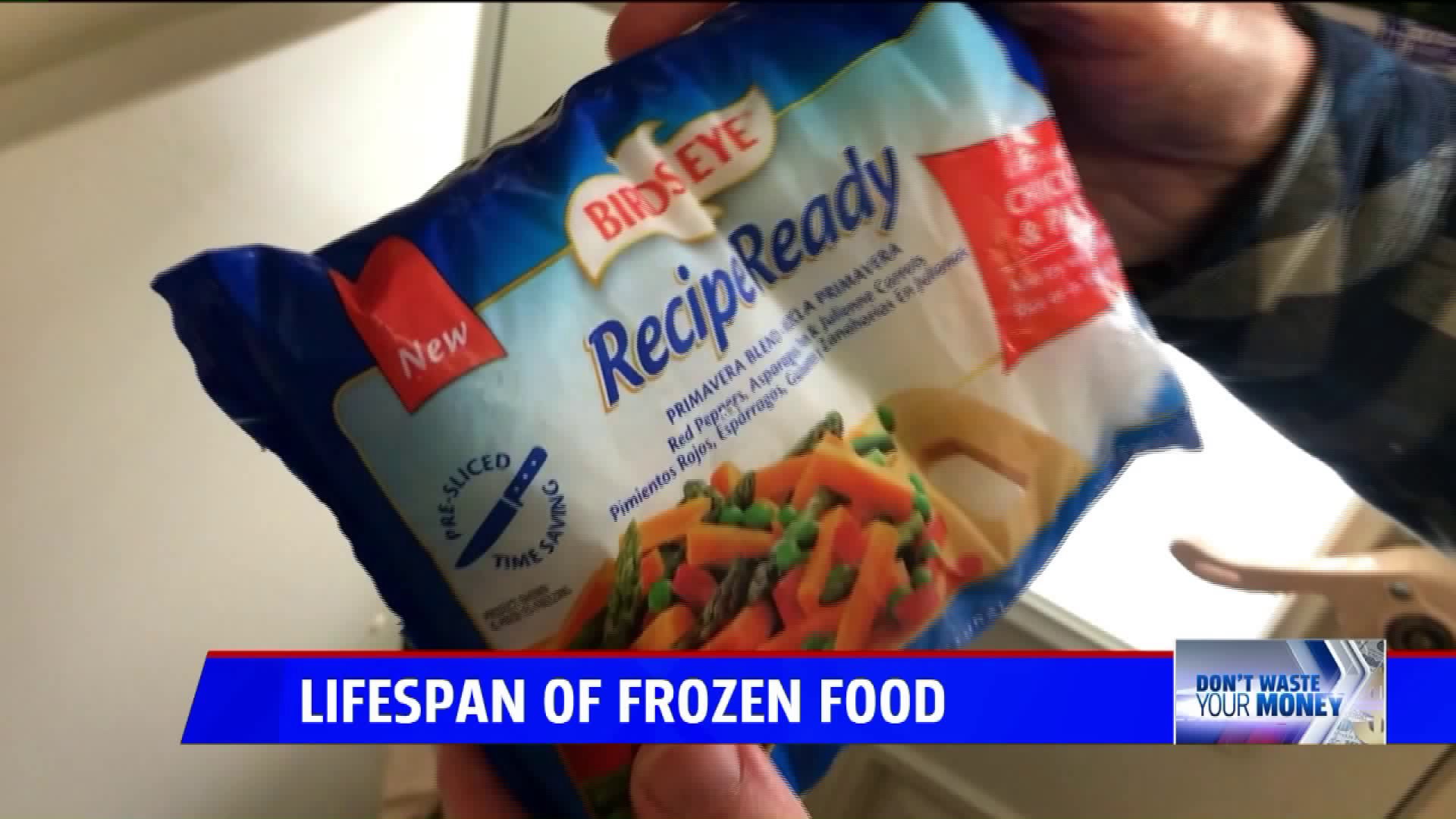 How long can frozen food last in your freezer? That's what several viewers have asked me, after our recent report on some 2-year-old pizzas sold by a dollar store.

At the Wittekind house, the frozen food can be a lot older than two years. Les Wittekind found a bag of frozen Birds Eye chicken and vegetables with a December, 2015 "use by" date, making it well over three years old.

The frozen salmon is dated 2014, making it five years old, and a tube of ground turkey is almost ready to graduate elementary school.

Wittekind and his wife Mary Ellen contacted us after seeing our report about Chris Wilson, who bought a 2-year-old frozen pizza at a dollar store

But Mary Ellen Wittekind says it was probably fine. "Three or four years old? We've never had a problem using it."

This frugal retiree says it's easy to buy something at the grocery store, stick it in the freezer, and not realize for a couple of years it's been back there. She says she just makes sure the item is not exposed to air, where you then start to see physical degradation.

How long does food last?

So we checked with the USDA, which sets food safety standards. It sets the following guidelines for frozen food:

But in a deep freezer, the USDA says food can last decades, saying, "food stored at 0 degrees should last indefinitely. Only quality suffers with long term storage."

Wittekind says she's never had a problem. "It seems to be OK," she said.

One caution: The USDA says food frozen for the long term should be kept in a deep freezer at zero degrees, not in your kitchen freezer where the door opens 5 times a day, and the temperature may only be 25 degrees.

So stay safe and don't waste your money.

Don't Waste Your Money" is a registered trademark of Scripps Media, Inc. ("Scripps").