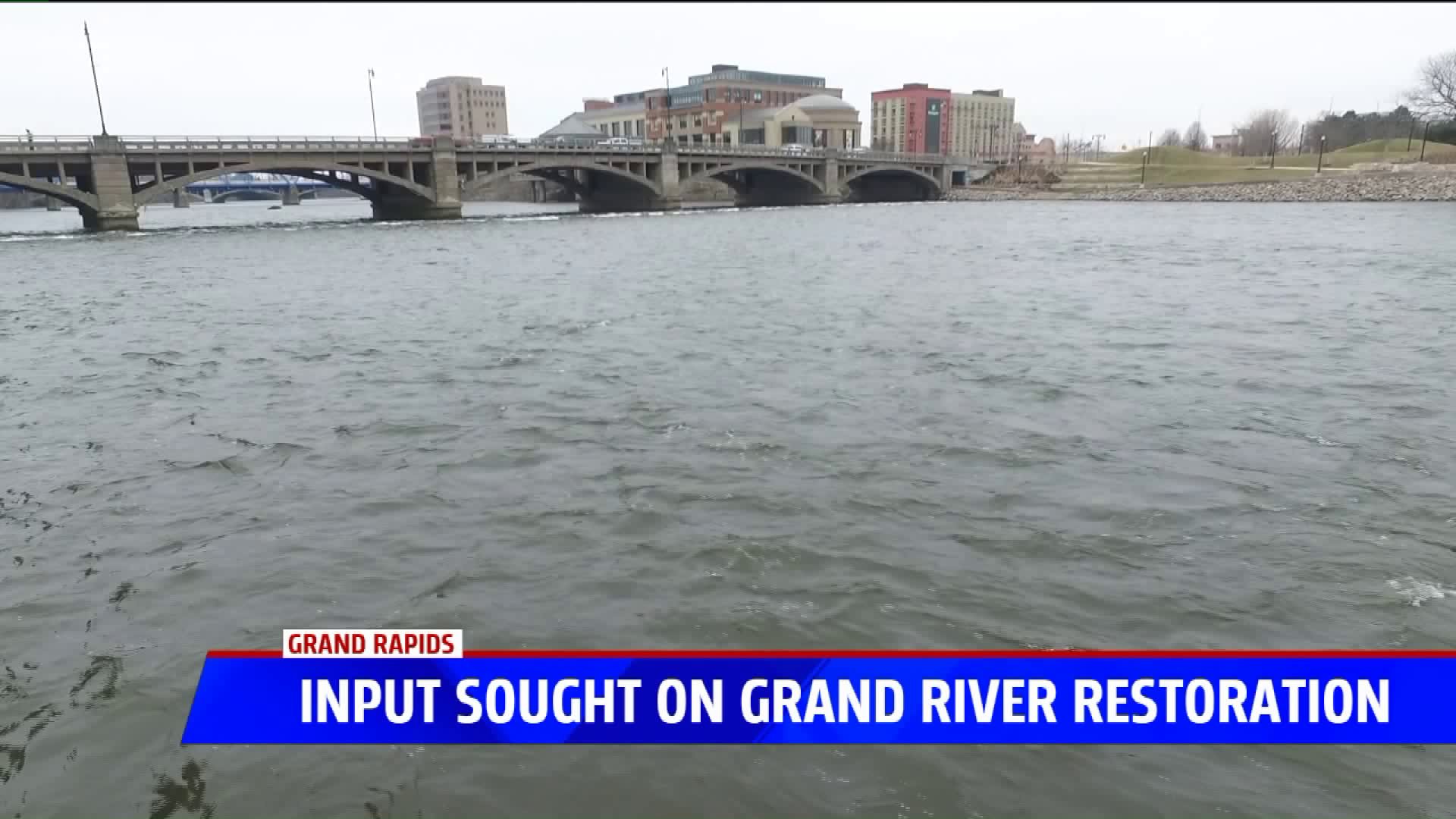 GRAND RAPIDS, Mich. -- The U.S. Army Corps of Engineers will be holding two community meetings Monday to get the public's input on plans to restore the Grand River.

There are two different meetings planned at DeVos Place, one at 4 p.m. and another at 6 p.m.

The open house allows the public a chance to give input and get involved in the Whitewater Restoration Project, while the city uses this time to obtain the proper permits required to begin construction.

"This is important time because it’s about what will the river become. We’re looking forward to people for providing input and being involved just like they have for River For All and GR core work and other parts of this project," he said.

Community members are invited to weigh-in on the $45 million project, and plans to provide barriers for invasive species, flood control, and how people would like to touch and interact with the grand river in the future.

The plan involves removing low dams in the river between I-196 and Fulton Street.

The sixth street dam will remain in place to function as a barrier against invasive species until a new barrier is built upstream.

Officials with the Grand Rapids Whitewater say construction is set to begin roughly 18 months from now while the city applies for the proper permits.