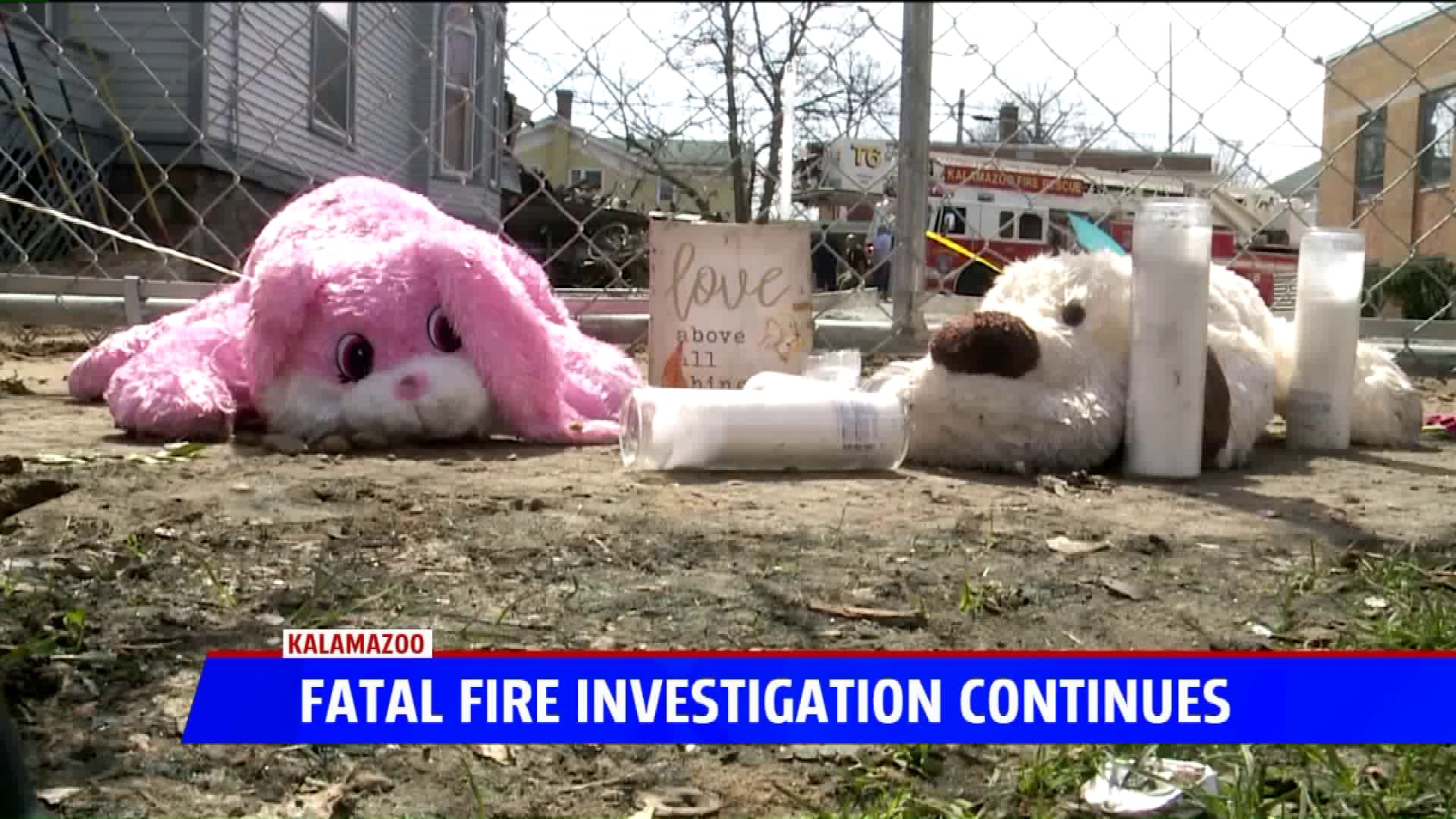 KALAMAZOO, Mich. — Christen Baxter said she was singing in Gun Lake Casino Thursday night when her best friend called her saying that her apartment building was on fire. She immediately jumped in her car and sped home. All she could think about were her two cats.

“It was completely my worst nightmare coming to life,” Christen said during an interview with FOX 17. “I was pretty hysterical until they got her out. And then I kind of went into shock after that.”

She said her cat Lily got out right away. However Patches was trapped in the house for over three hours. Fire crews told her she was bouncing around from different floating objects until Kalamazoo Public Safety located her, broke a few windows, went inside and got her.

“She’s alive,” Christen said. “But she’s pretty traumatized from everything, being trapped in there.”

Christen’s home was one of nine apartments destroyed by a fire that night. Officers arrived on scene at 9 p.m. and said in a statement that they encountered heavy smoke.

“There was smoke in our house,” said neighbor Aine Wilkins. “And then it was hard to breathe you know.”

Neighbor Betty Martin said she walked outside barefoot to get a good look at the fire. She said the firefighters battled the fire until 2 a.m. the next day.

“I’ll tell ya I have not seen a fire like that. It was just destroyed within seconds,” Betty said about the house. “And the firemen I give them a lot of credit for what they did. They really worked hard to get that fire out.”

Initially KDPS reported that one person was injured in the fire. However, the following day two bodies were recovered from the rubble. Christen said they were a brother and sister but that she did not know them well.

“They seemed really nice and my heart breaks for their family,” Christen said. “I can’t even imagine what they’re going through right now.”

Police said they’re not releasing names at this time to make sure the family is notified first. However the investigation is ongoing and they’re looking into what exactly caused the fire to happen.

“I don’t think its really fully set in yet,” Christen said. “I woke up on Sunday morning and I felt like I woke up from a nightmare. And that I was trapped in a nightmare I couldn’t wake up from.”