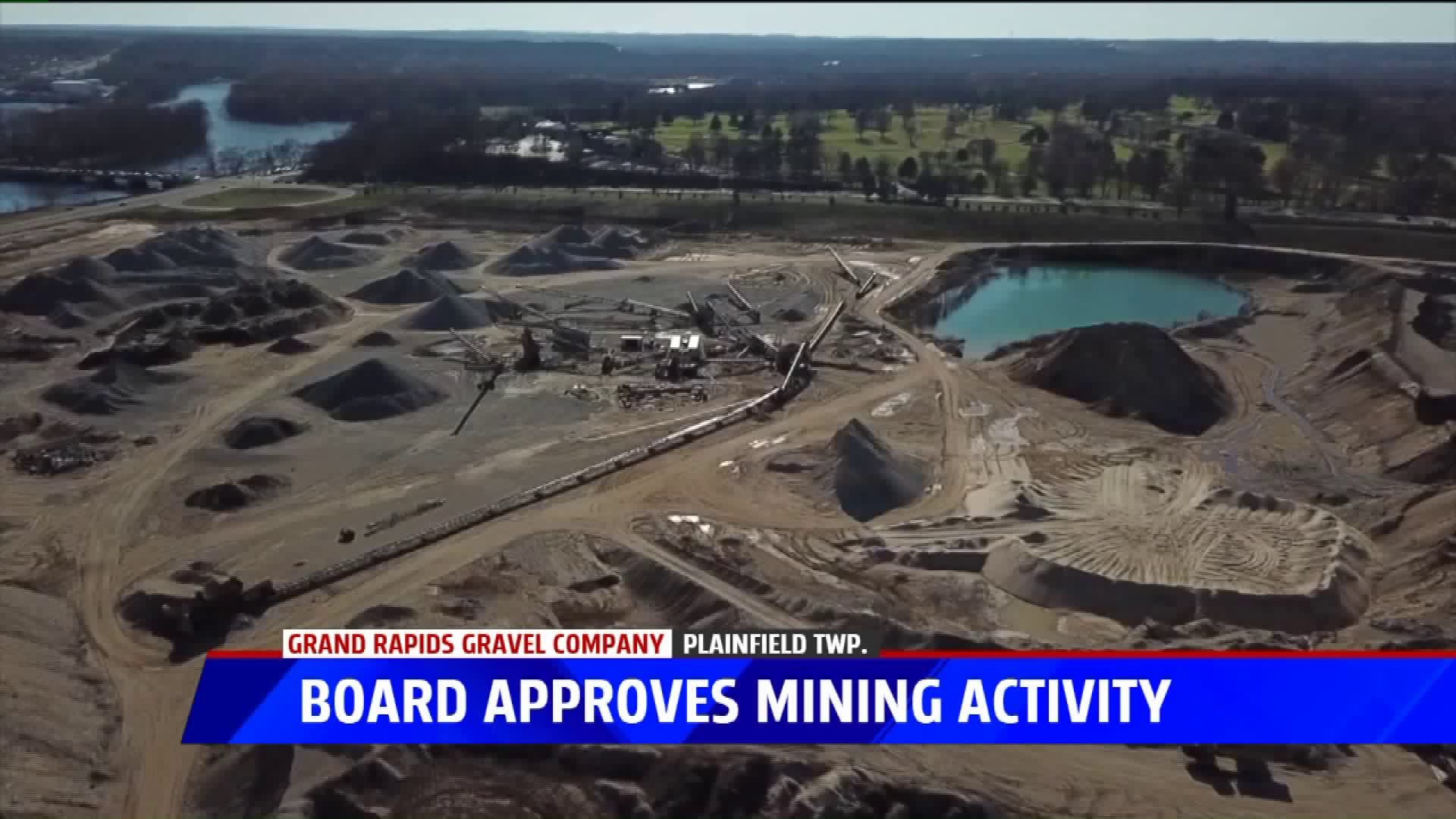 PLAINFIELD TOWNSHIP, Mich.-- A gravel company will be allowed to continue operations for an additional three years at Boulder Creek after the Plainfield Township Board of Trustees voted unanimously to approve a modified application for an extension.

Grand Rapids Gravel Company's original 110-page application for an extension asked for five and a half more years; three for mining and two and a half years for cleanup. Dozens of residents expressed strong opposition at public meetings on November 19 and March 19, citing the aforementioned complaints.

“We can’t open our windows in the summer to let air in because all you get is a bunch of dust," says Paul Kailas, the president of the board of the Prestwick Condominium Association. "And it gets pretty bad, like a sandstorm at times.”

Jeff Sluggett, an attorney for Plainfield Township says he knew right away that this would be a controversial proposal, which is why he and Mike Berg, an attorney for Grand Rapids Gravel Company came up with a list of conditions the company must meet, which was approved by the township's planning commission before Monday's vote.

In addition to reducing its requested time from from five and a half years to three, the gravel company has also come up with a strict traffic plan for its trucks to follow on surrounding streets.

“I am very pleasantly surprised that GRG is compliant with this," Kailas tells FOX 17.

For people who are unhappy with the board's vote to approve the extension, they can take solace in the fact that it came with a condition that the company not be allowed any more extensions in the future.

Grand Rapids Gravel Company has also pledged to set up a designated email address and hotline for neighbors to voice complaints.

“We’ve got tools in place now to monitor what’s going on and to keep the lines of communication open," Sluggett tells FOX 17.

The township and the gravel company also plan to implement a monitoring committee in charge of overseeing mining activity and addressing violations and complaints. The committee is to meet no less than every three months and be made up of two township members, representatives from Grand Rapids Gravel Company and representatives of neighboring properties.