Only in Michigan…70s and snow in the same week! 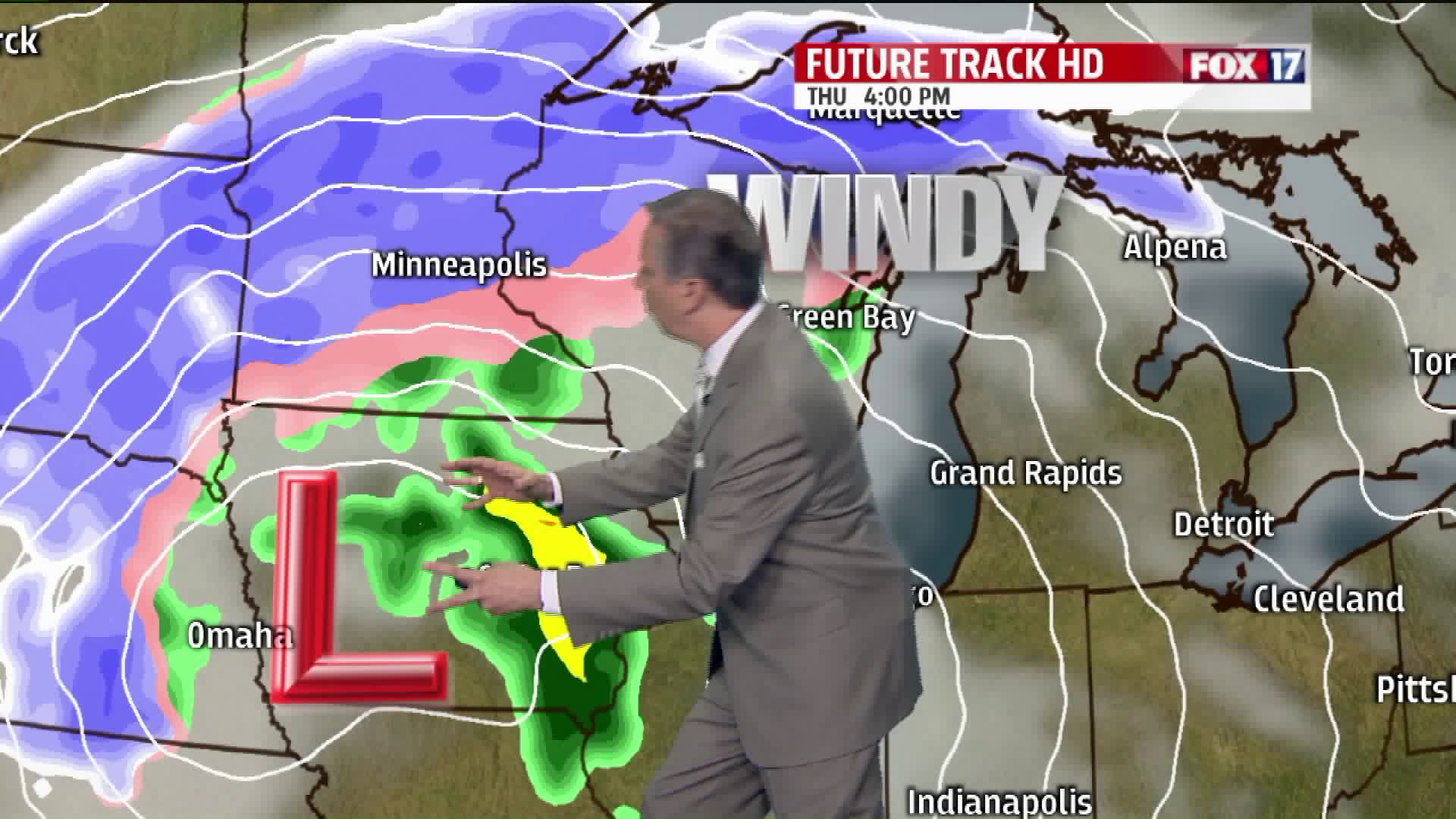 WEST MICHIGAN -- High temperatures across much of the area topped out in the low/mid 70s on Sunday. Monday, many locations were in the mid/upper 60s. Highs on Tuesday will reach into the 50s, but colder temperatures are coming with the possibility of accumulating snow Wednesday night into Thursday morning.

A strong, developing low pressure system in the nation's mid-section will produce blizzard conditions and heavy snow (probably about 12" to 18") over the northern/central Plains Wednesday and Thursday. For West Michigan, a few rain showers are possible Wednesday afternoon and evening before transitioning to all snow showers Wednesday night...especially along/north of I-96. Since temperatures at that time will be in the low/mid 30s,  it will be a thick, heavy, wet, high-moisture content snow that may accumulate on roadways if it comes down hard and fast enough. See map below for snowfall totals.

Once we warm enough and all the snow changes to rain Thursday, total rainfall amounts per our forecast model may be in the area of one to two inches. See map below for total liquid precipitation. Indeed... potentially a very soggy period.

Here's what the actual storm system will look like on the weather map. It develops in the front range of the Rockies and gradually lifts north and east. See forecast map valid for 6 P.M. Wednesday below.

The next image below is valid for midnight on Thursday. Note the "blue" or snow along/north of I-96.

By 6 A.M. Thursday, there may be a slower commute for areas across Ottawa, Kent, and Ionia Counties northward as thick/heavy/wet snow on the order of one to three inches will be likely. See map below.

While it will be windy on Thursday, the winter brunt of this system will impact the Upper Midwest and Northern Plains with blizzard conditions and 12" to 18" of snow possible. West Michigan can expect steadier rain Thursday night with even a few embedded thunderstorms possible. You can see from the image below (valid at 6 A.M. Friday) that the storm system (or low) is over eastern Iowa with rain likely for our area.

Most of the rain will exit the region by Friday afternoon with just cloudy skies in its wake. We should return to some sunshine and quieter conditions by Saturday. Get the complete West Michigan forecast at www.fox17online.com/weather.