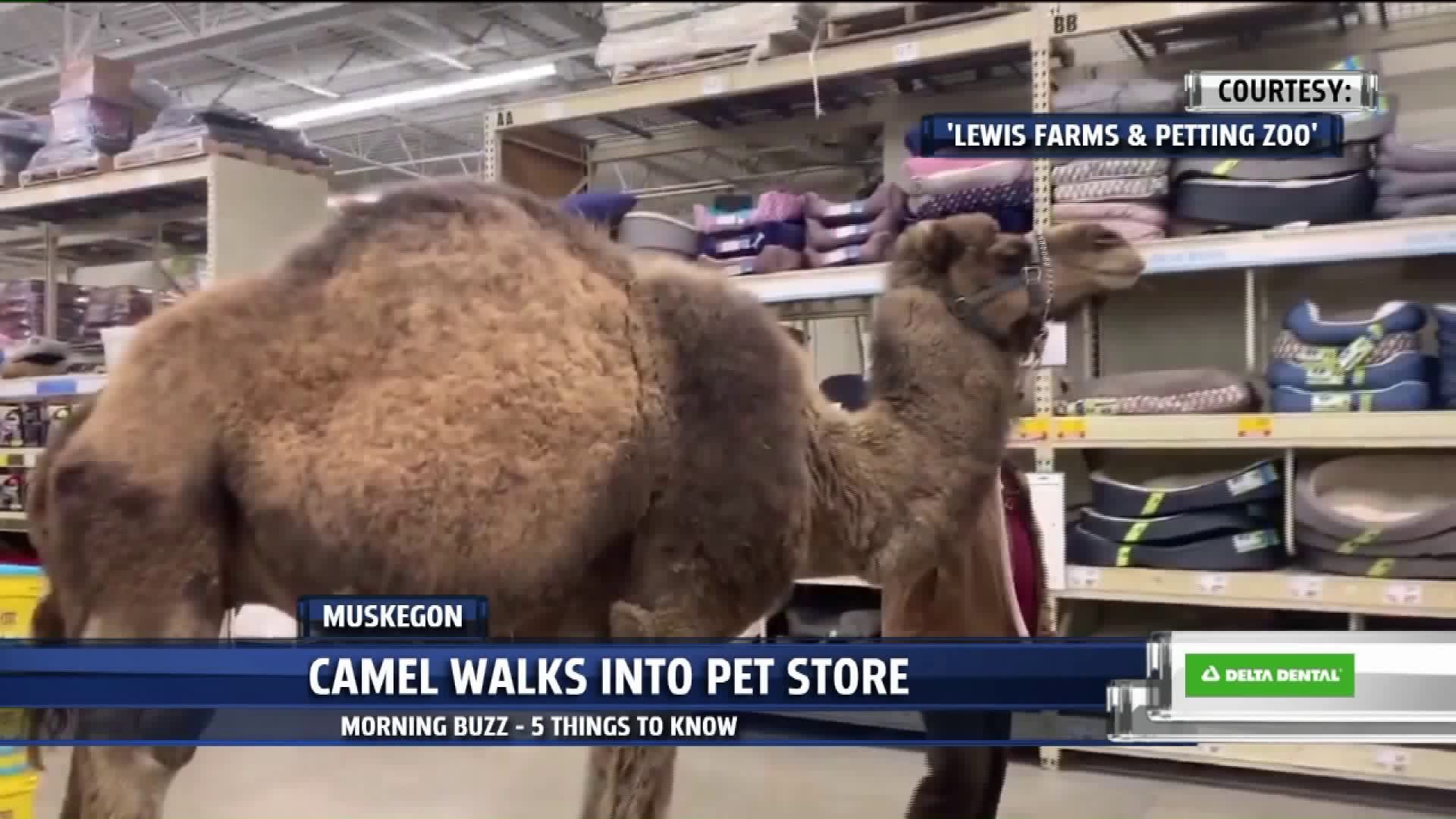 1. The third-annual Cider Week GR is returning next month.

It'll be happening May 12-18 and the week-long events include tap takeovers, cider and food pairings at local restaurants and breweries, cider tours, and the world's largest cider judging competition.

The event will also bring more than 200 cideries from all over the world to Grand Rapids.

2. Ready for another HopCat Grand Opening celebration? The popular brewpub is opening its 17th location in Holland on April 27.

The opening marks the company's 8th Michigan location and will create more than 160 local jobs.

The 6,200 square-foot restaurant, located at 84 W. Eighth Street is a part of the West Eighth development, that will also include an 11-screen cinema, retail shops, apartments, and a 380 space parking deck.

The celebration will start at 11 a.m. and will offer the chance to win free Cosmik Fries for a year for the first 200 guests.

3. PetSmart's policy is to allow any leashed animal into their stores. A local farm and petting zoo put that policy to the test and brought a camel into the store!

Lewis Farms and Petting Zoo, located in Oceana County, posted a video of Jeffrey the camel walking through the Muskegon store. The video has been viewed nearly 100,000 times.

A man in Texas did the same thing last week, taking his leashed steer into the store.

4. The man, the myth, the legend; Willie Nelson is planning a stop in West Michigan this summer. He'll also be bringing the lovely voice of Alison Krauss on his tour.

They'll be at Van Andel Arena on August 9.

Tickets go on sale Friday, April 19. Get those tickets through Ticketmaster, and at the arena.

5. March Madness has come to an end, with Virginia winning its first National Championship.

They're calling it the "Turnaround Title" as Virginia, a number one seed last year that needed up losing in the first round to a 16 seed, ended up taking their team all the way to the trophy this year.

Virginia led most of the game, but Texas Tech made their move late and was up three with 20 seconds to go. That's when Virginia's De'Andre Hunter hit a game-tying three, sending the game into overtime.

It was Hunter once again from the corner to give Virginia the lead in overtime and Virginia would add to their lead with free throws. Hunter finished with a career-high 27 points and the Cavaliers win 85-77.