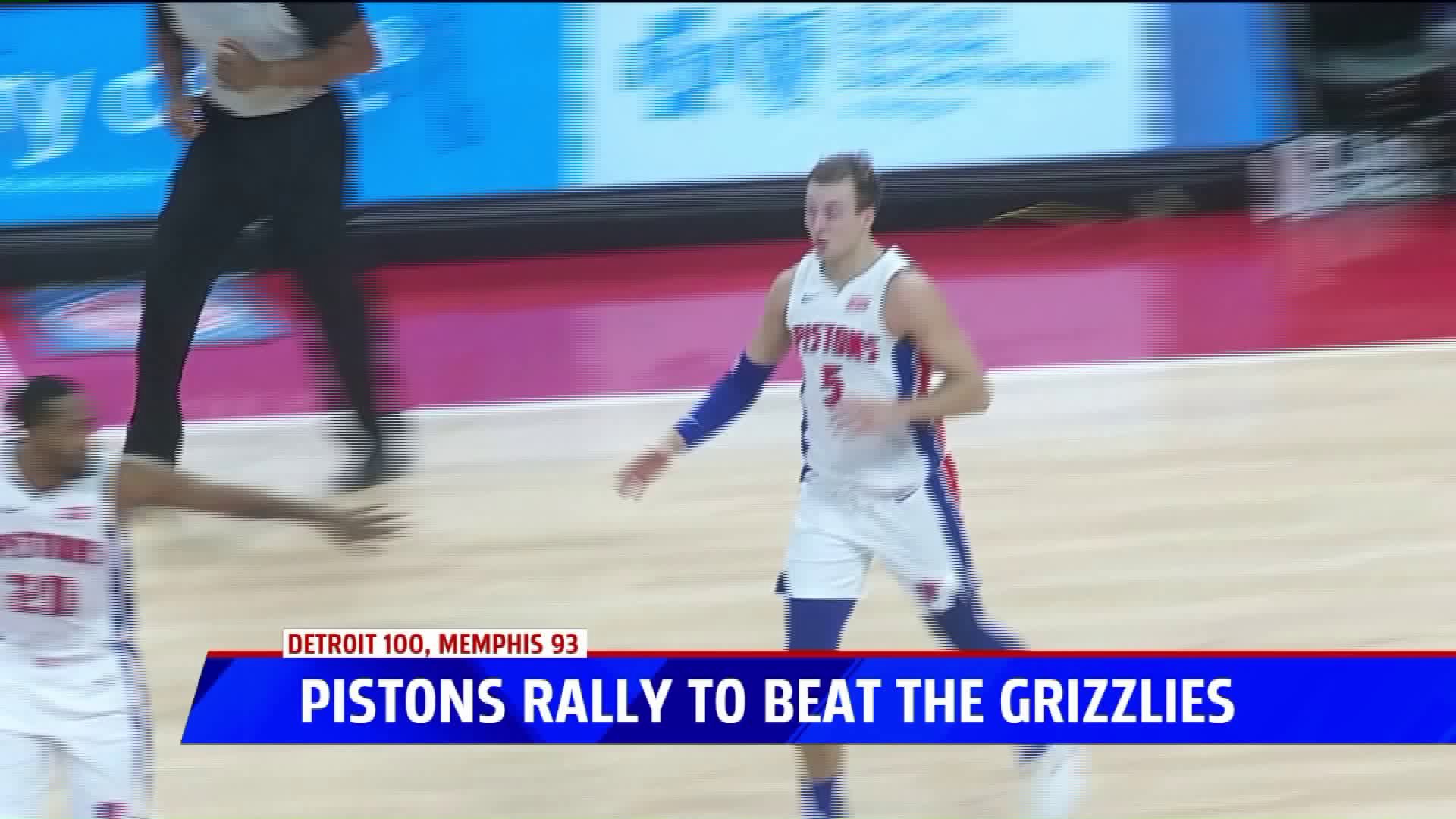 Detroit now one win from clinching a playoff berth

DETROIT (AP) — Andre Drummond had 20 points and 17 rebounds and Ish Smith matched a season high with 22 points, helping the Detroit Pistons come back from a 22-point deficit to beat the Memphis Grizzlies 100-93 Tuesday night and cling to a spot in the playoffs.

Detroit can clinch a postseason bid by closing the regular season with a win Wednesday night at New York.

The Pistons put their postseason position in peril by losing four straight before rallying to beat the short-handed Grizzlies.

Detroit star Blake Griffin was limited to five points and two rebounds in 18-plus minutes, barely playing in the second half because of his injured left knee.

Luke Kennard scored 15 points off the bench and Reggie Jackson had 12 points before going to the bench as Smith flourished in the final quarter.

Detroit opened the fourth with a 16-3 run to pull within three points. Smith made a game-tying 3-pointer and a go-ahead jumper midway through the quarter.

Drummond made two free throws with 2:33 left to put the Pistons up 91-89. Smith made a jumper to give Detroit a five-point lead with 50 seconds left and a runner to put it ahead 97-93 with 28 seconds remaining.

Delon Wright and Bruno Caboclo each scored 15 points for the Grizzlies, who used just four reserves with banged-up players such as Mike Conley, Joakim Noah and rookie Jaren Jackson out with injuries.

Chandler Parsons #25 of the Memphis Grizzlies takes a first half shot around Luke Kennard #5 of the Detroit Pistons at Little Caesars Arena on April 09, 2019. (Photo by Gregory Shamus/Getty Images)

Even though Detroit had a lot to play for — its first playoff berth in three years and second in a decade — the Grizzlies played with more effort and led 32-20 after the first quarter and 57-38 at halftime.

The Pistons picked up the intensity in the third quarter, outscoring Memphis by four to cut their deficit to 79-64.

Grizzlies: Tyler Zeller fouled out midway through the fourth quarter with 13 points and six rebounds

Pistons: Team owner Tom Gores attended the game, cheering for his team and complaining about calls to officials. Gores hosted 40 college students as part of the Flint Promise scholarship program, which he has funded in part with $1 million.