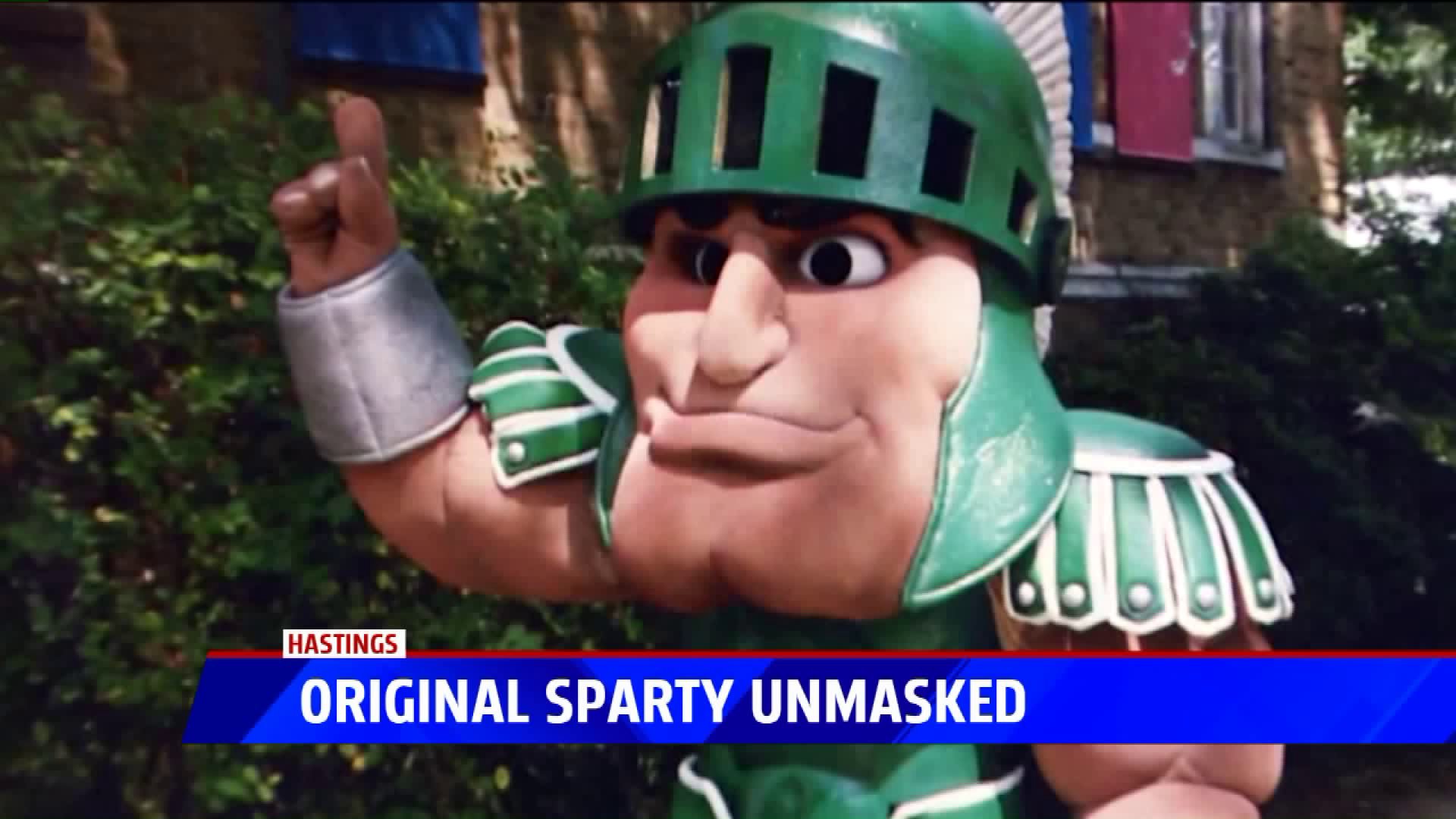 HASTINGS, Mich. — When Dave Russell wore the Sparty mascot costume in college,  his roommates told him he had no rhythm, he said. They still tell him that today and he just laughs. He admits it was hard to move around and dance in the costume. However, he misses it.

“It’s just a privilege to do it. I didn’t realize it at the time what a privilege it was,” Russell said. “Especially being the first one, it was such a privilege to be the one that brought Sparty back just to represent  Michigan State.”

Russell spends his time these days running Hastings Fiber Glass Products off of M-43. However back in the fall of 1989, he brought Sparty, the Michigan State mascot, back to the school’s fields and courts.

“He was gone for a longtime,” said Russell who graduated from MSU in 1993. “The new Sparty is a lot different. It was an old paper mache head that they use to have.”

He said the old Sparty was a "paper mache head on shoulder pads." The school  retired the mascot for 10 years. However once Russell accepted the job, he was flown to a costume company in Atlanta who made one for his 6-foot frame.

“I think they do a much better job because I believe there’s five of them now. And I was the only one doing it,” Russell said. “So they get a chance to rest between quarters and switch out where I was in it the whole game.”

Russell did for an entire year, performing during football, basketball, lacrosse and hockey games, he said. He worked 15 hours a week, wearing a 10-pound head which got really hot inside.

“They put a little fan underneath my chin right here that blew on it,” Russell demonstrated. “But it was a bicycle helmet and I tell people thats’ why I don’t have any hair now.”

He joked that it ripped his hair out. However he remembers his Sparty days fondly. And, if given the chance, he’d put the suit back on in heartbeat.

“I would for sure without a doubt , “ Russell said. “If they gave me the opportunity to go out and do it again I would do it for sure, if they had defibrillator on the sideline to bring me back.”