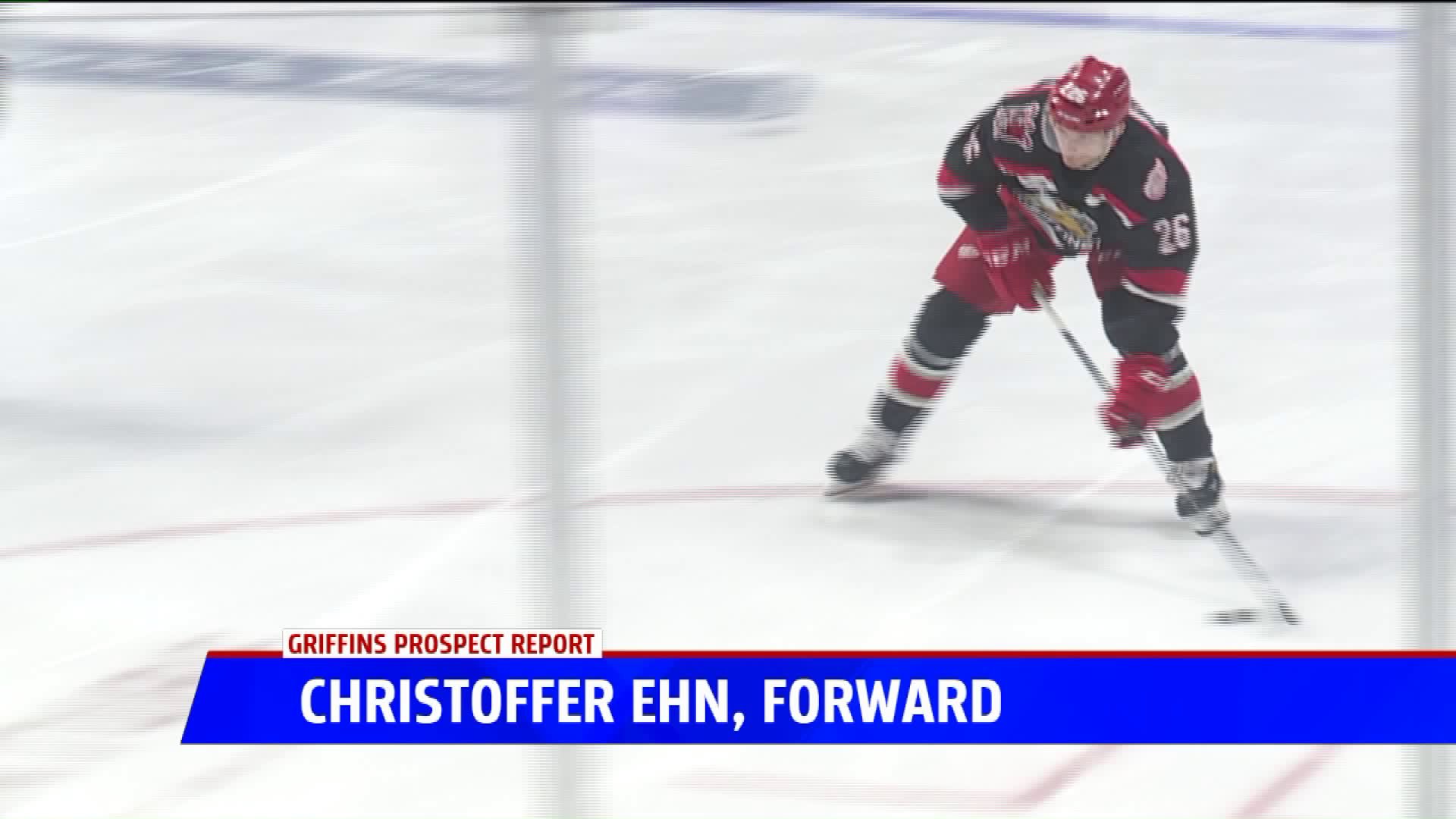 GRAND RAPIDS, Mich. -- With their season over, the Red Wings sent eight players down to the Griffins, including forward Christoffer Ehn.

Ehn played 60 games with Detroit this season. Wednesday, he played his 15th with Grand Rapids, a 7-3 loss to Iowa.

Ehn played on a line Wednesday with Filip Zadina and Martin Frk, he was also on the power play and penalty kill.

He is thought of as a good skater and smart player.

Grand Rapids is just a point away from a playoff spot. The Griffins host Manitoba on Friday before closing out the regular season at Milwaukee on Saturday.