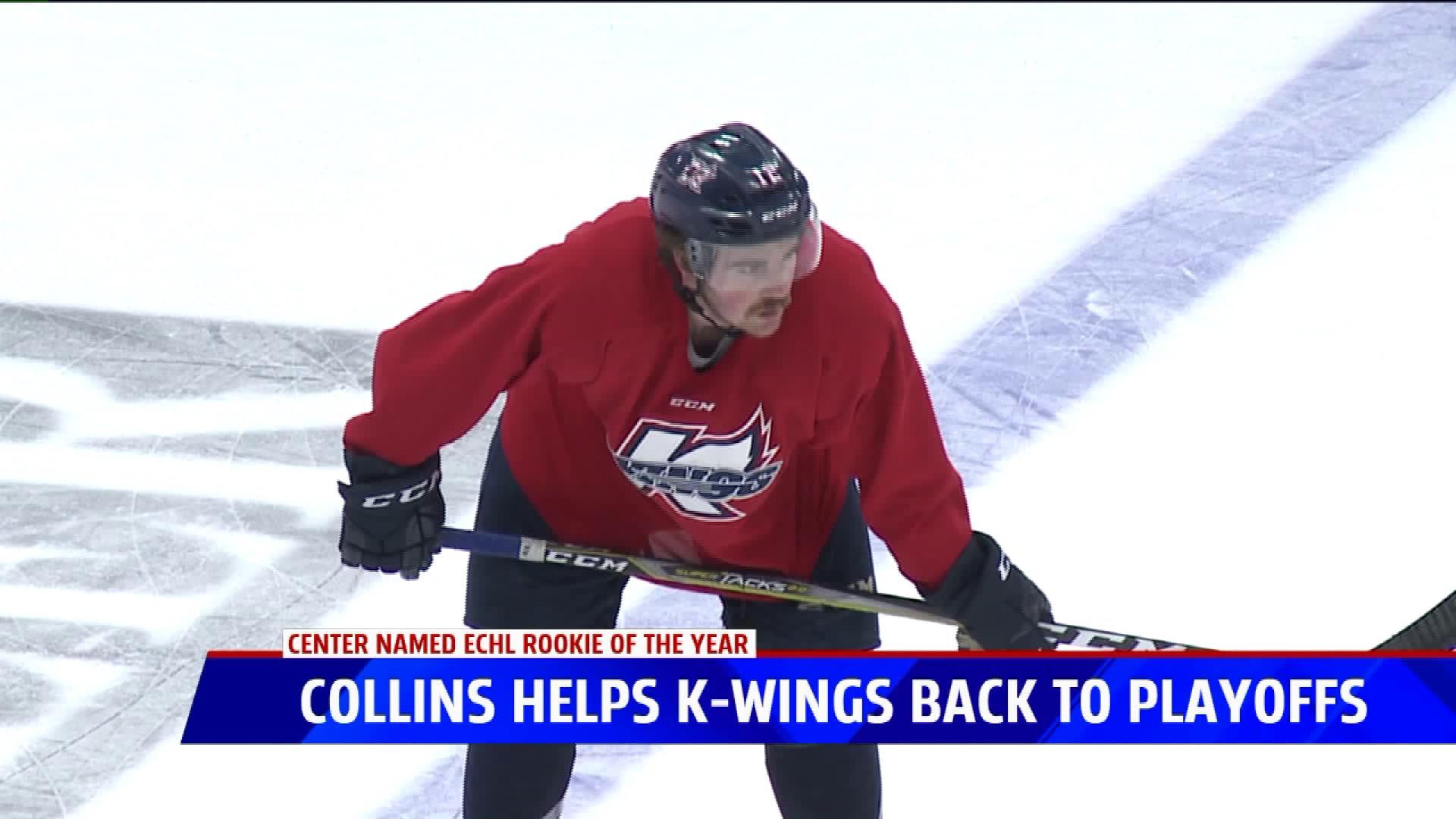 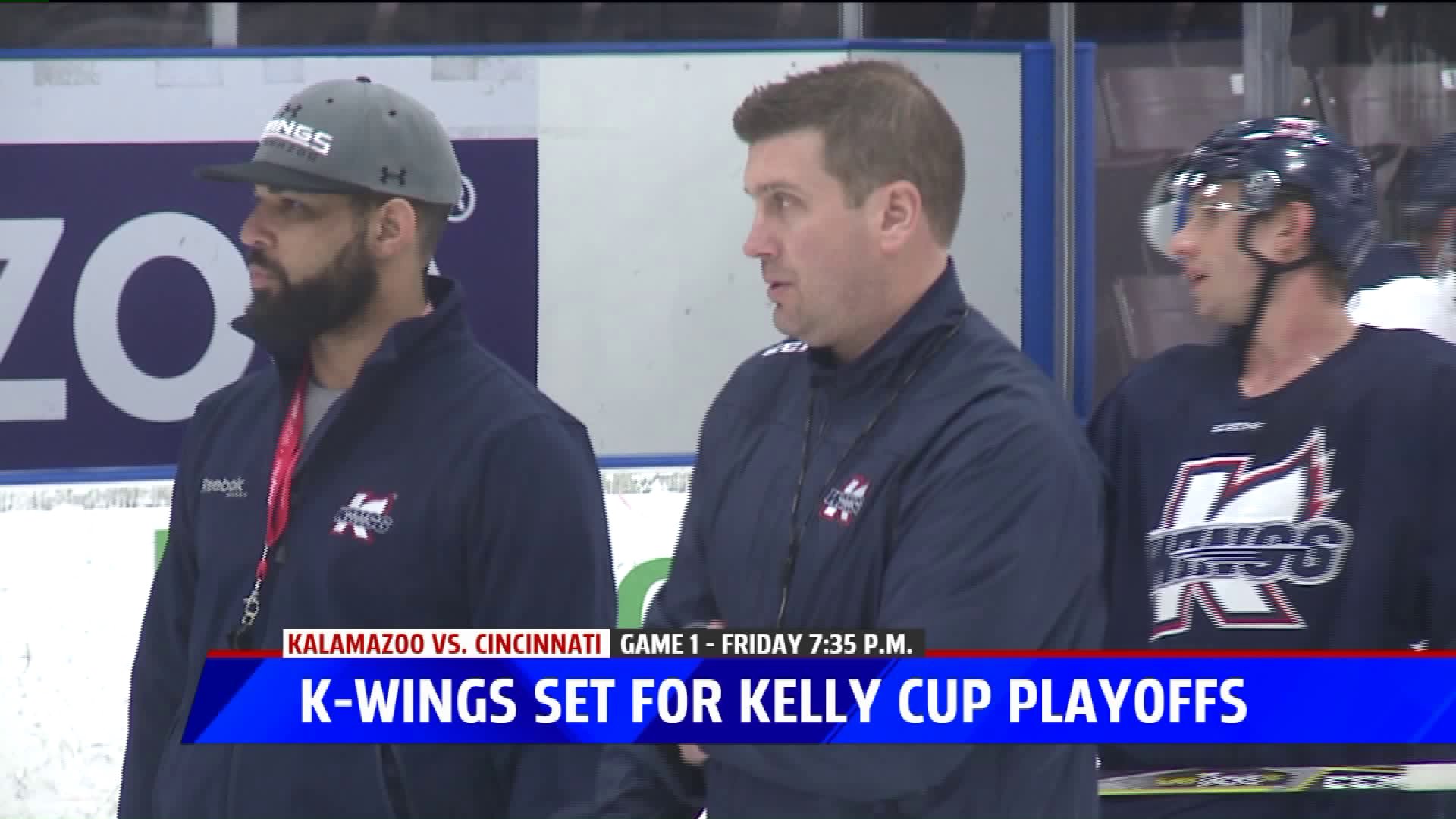 KALAMAZOO, Mich. -- Despite being decimated by injury and starting slow, the Kalamazoo Wings rallied to make the Kelly Cup playoffs.

"The adversity that this group has gone through," said 11th-year K-Wings head coach Nick Bootland, "man games down, injuries, call-ups, all those things that happen at this league. But the injuries for certain were at an all-time high, the most we've ever had since I've been here. So for these guys to battle through and come together and mature as a group and understand how they have to play and how they have to compete to win hockey games, I am certainly proud of that."

The K-Wings will start their opening-round series against Cincinnati on the road Friday. The Cyclones had the best record in the ECHL during the regular season.

"If you looked at the standings earlier in the year, we were last place in the league," K-Wings forward Tanner Sorenson said. "Just making it shows how hard we battled. We had ups and downs, but we battled through it. It took until game 69 to get there, so that was huge for us. And the job is not over, so we know we don't get an easy matchup, and it will be fun."

Kalamazoo center Chris Collins was named ECHL Rookie of the Year. He led the team with 65 points this season.

"It's an accolade that you can look back after you're done playing and be proud of," Collins said. "But it was my line mates like (Reid) Gardner and Sorenson and (Michael) Neil and (jimmy) Mullin who helped me get that, and the rest of the team, so I appreciate getting it. But now, just on to playoffs and focusing on that."

Games 1 and 2 against the Cyclones are on the road Friday and Saturday.  Kalamazoo returns home to the Wings Event Center Wednesday, April 17, Friday, April 19, and Saturday April 20, for Games 3, 4, and 5.