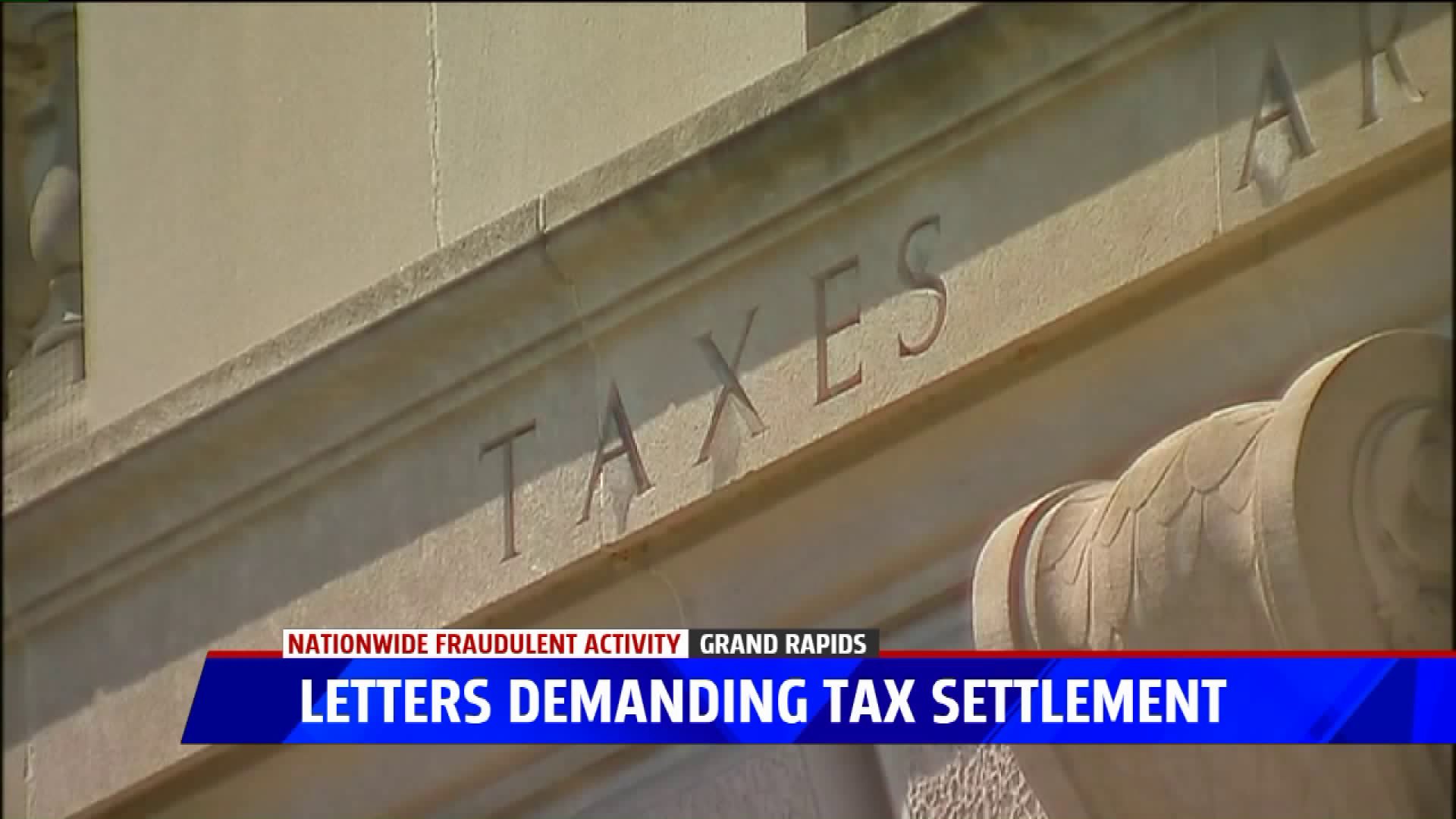 GRAND RAPIDS, Mich. - Many scammers target their victims during tax season, and this year is no different.

Most commonly, scammers are known to call their victims. The latest scam in Grand Rapids, however, is using snail mail to make the claims more legitimate.

Mackenna Morse, from Grand Rapids, received a letter from the 'IRS,' detailing how she owed thousands of dollars. It also added how there was a warrant out for her as a result of unpaid taxes.

"I read it several times and felt my anxiety go up," said Morse.

The Better Business Bureau of West Michigan says this is a sign that scammers are turning to more traditional methods to fool people.

"That’s what the scammers are really counting on, that fear," said Troy Baker, with the BBB. "If you have the name of the IRS, the seal, some kind of official logo on it, it all leads to that credibility."

In Morse's case, it did have some of the tell-tale red flags. The letter supposedly came from the 'The Bureau of Tax Enforcement for Kent County,' which does not exist.

After further digging on the internet, Morse discovered the same exact scam has targeted South Carolina in the past.

The BBB says if you have filed your taxes incorrectly, you will get multiple documents stating you must fix them. They will also ask them to call their offices so you can work out the problem.