Police: Man who died in shootout with MSP was killer of Coldwater man in 2009 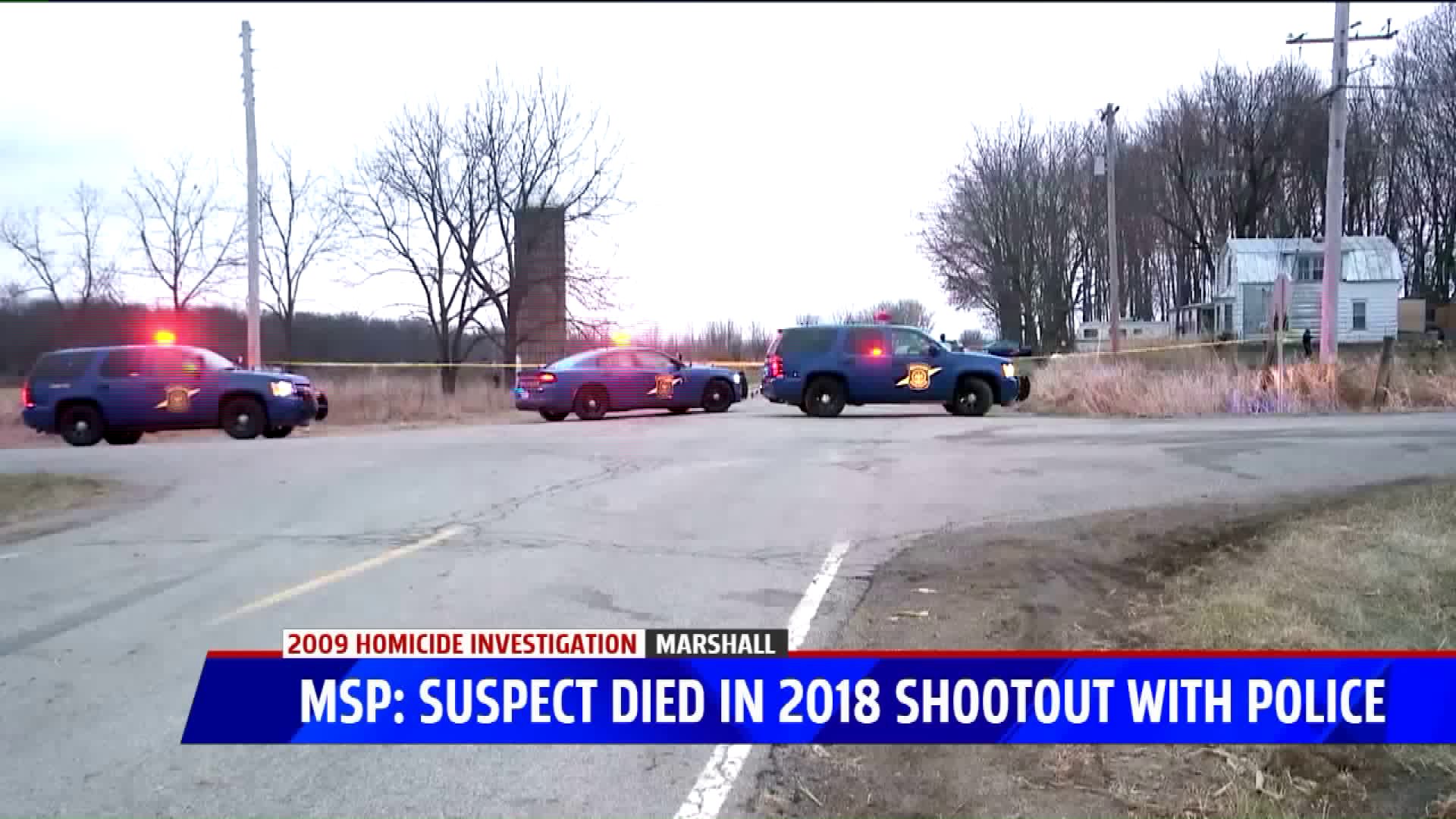 MARSHALL, Mich. -- Michigan State Police cracked a case Wednesday morning that had gone cold for almost 10 years. They revealed that the man killed in a shootout with police last year in Union City was the suspect who shot and killed a man in Coldwater Township in 2009.

"At this point investigators are highly confident David Kidney is the murderer of Duane Finney," said Det. 1st-Lt. Chuck Christensen during a press conference at Marshall Regional Law Enforcement Center.

Police said that 62-year-old Finney was shot and killed with a Beretta 9mm handgun, which Det. Christensen held up during the presser. Detectives found casings of it at the crime scene back on May 12, 2009. Police believe that Finney's death was planned and that Kidney spent some time monitoring his morning routine while they were both living at Fairview Estates mobile home park.

"We believe Mr. Kidney entered the vehicle in the Trailer Park," said Det. Christensen.  "Whatever was said or happened exactly in that car we will not know. But we do know that he was shot, we believe, while he was driving because of the way the vehicle came to a rest."

"After following up on all the leads and seemingly at a dead end, we made a request to state police, to look at our case with fresh eyes," said Sheriff John Pollack. "We wanted to see if we were missing anything in our investigation."

In April 2017, MSP re-opened the case and interviewed David Kidney once more. Initially Kidney was compliant, they said. However, afterwards he was unresponsive when they tried interviewing him again. In January 2018, police received a search warrant to enter his home in Union City.

"The door was knocked on. He woundn’t come to the door. He was spotted with a long gun inside," recalled Det. Christensen. "When he came out, he just, he came out shooting and that’s when two of our troopers were injured."

"The Beretta handgun that was seized which is right here was sent to the MSP Lansing Lab and compared to the bullets and fired cartridge casings recovered at the original crime scene where Mr. Duane Finney was shot," said Det. Christensen holding the gun in his hand. "Both the casings and bullets were conclusively matched by the lab to the Beretta 9mm handgun investigators seized from Kidney."

With that link, police named Kidney as the killer in Finney's cold case. As for the officers shot, Trooper Thayer has since returned to work. Det./Sgt. Steensma has retired after a 21-year career.

"Therapy’s been my full-time job the last year and few months," Det./Sgt. Steensma said. "I'm glad we’re able to give closure to the family."