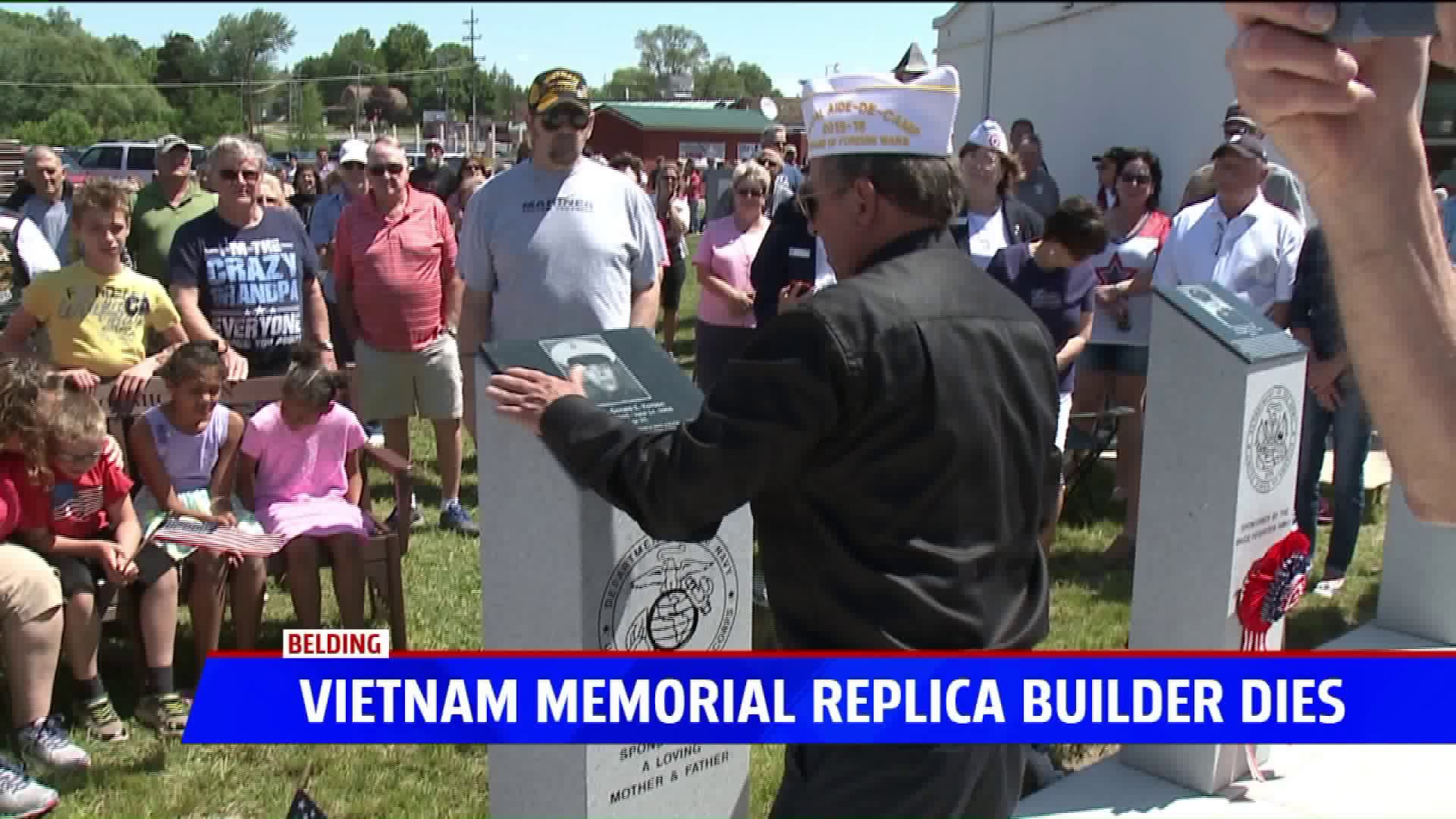 BELDING, Mich. — Though many soldiers returning home from Vietnam after the war were forgotten, Denny Craycraft never overlooked their dedication. He was one of them, and eventually became the determined architect behind a monument for all vets.

The Vietnam memorial in the Belding Veteran’s Park is a replica of the wall in Washington, D.C.  Bearing the names of the 2,654 Michigan service members who lost their lives in the conflict, the idea was conceived, fund-raised, and erected by Denny and his small but dogged committee.

It wasn’t easy – they fought red tape from the city and raised the $165,000 price tag on their own. Last Memorial Day, the wall was unveiled and this Memorial Day, it will be dedicated in its completion. But Denny won’t be there.

Craycraft died suddenly at the age of 72 in his Belding home Wednesday. He was mere weeks away from seeing his vision truly realized.

“He had dream, always, and he was so good at making them come to fruition,” said his daughter, Holly Noble. “It was everything - that was his everything. That was what he wanted to see finished.”

Often alongside their dad in the fight, Noble and Denny’s son Bill Craycraft are now planning a funeral for a man with an enduring legacy to leave. But, his family says, that legacy wasn’t for him.

“He was so proud that he was able to bring that to the community and to the state of Michigan,” said Noble. “He lived for the veteran, and to know that I have a piece of him in me, of a person that great, he is my hero.”

Visitation for Denny will be held Saturday, April 13th at the Johnson-Feuerstein Funeral Home in Belding. There will be two sessions, one from 2-4 p.m. And another from 6-8 p.m.

Denny’s funeral will be held Sunday in the Belding High School Auditorium at 1:30 p.m. with a brief visitation beforehand at 12:30 p.m. The service will be followed by a luncheon at the Belding American Legion Post and burial will be afterwards at Rest Haven Memorial Garden.

The family is asking that donations be made to the Belding Veteran’s Park in Denny’s honor.