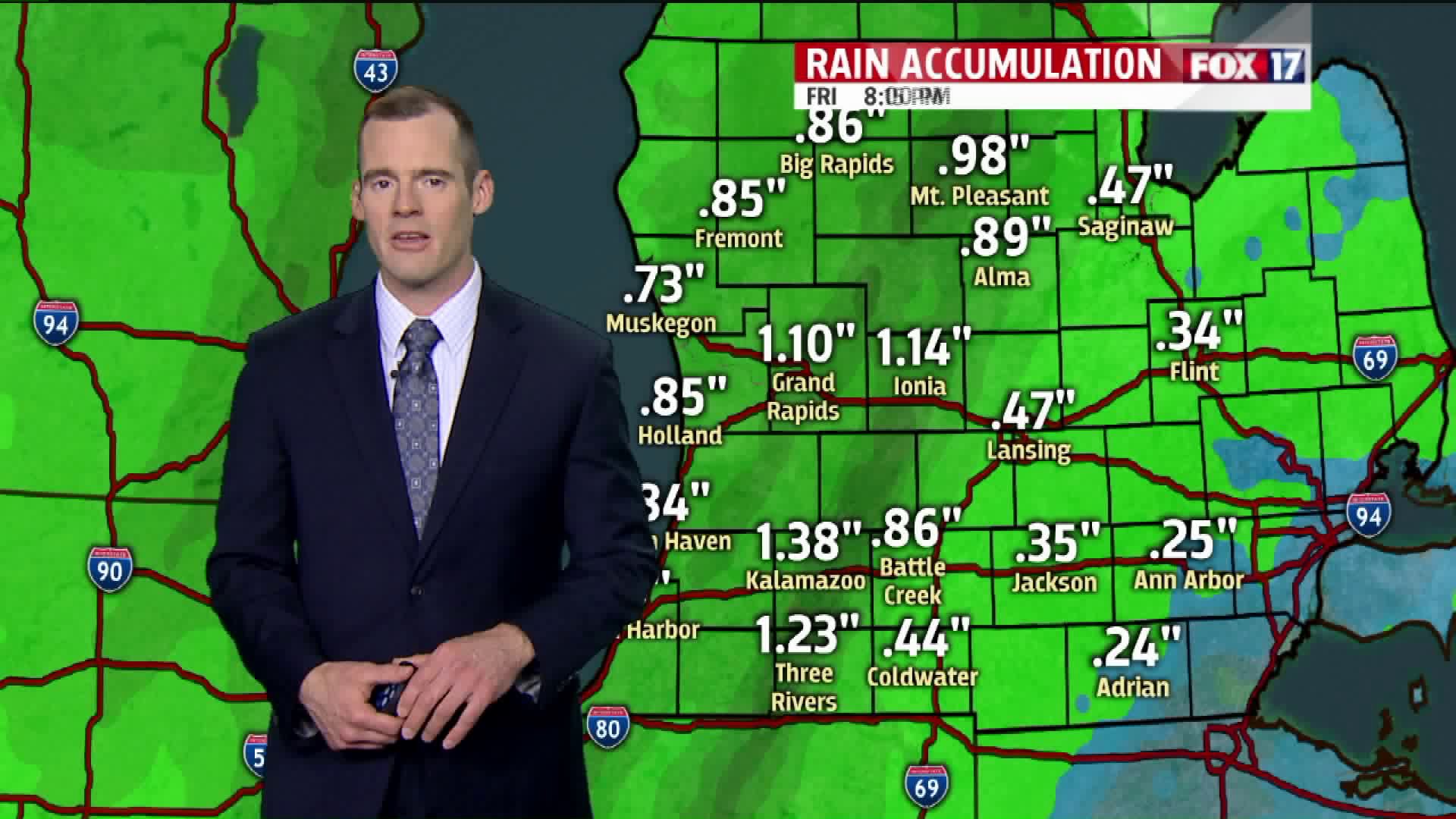 WEST MICHIGAN -- Now that this round of winter weather in April is over, our focus will turn to the likelihood of showers and thunderstorms rolling through parts of the area tonight. We are still watching the center of this storm system churning through the central Plains as of this writing, with a combination of rain, snow, and thunderstorms associated with it:

The stationary front stretching from northern Missouri through the Ohio River valley will change to a warm front and move northward late this afternoon and tonight. Parts of West Michigan could briefly find themselves on the warm side of this boundary, with temperatures rising after 11 PM... in some cases to the lower to middle 60s!

The cold front will very quickly follow the passage of this warm front, causing temperatures to drop back off and a line of showers and storms to roll through. This is where Future Track HD puts these storms at around 4 AM:

At this point, the storms look moderately strong. In fact, the Storm Prediction Center (SPC) has parts of West Michigan in a Marginal Risk for severe weather late tonight and into early Friday morning:

The SPC is primarily concerned with a small threat of damaging winds in excess of 60 mph. However, this particular forecaster thinks locally heavy rainfall with ponding on the roadways for early morning travel will be the main threat since Future Track HD suggests the storms will rapidly weaken as they move through:

Here is a look at forecast rain totals according to the European model:

A few lingering showers will be possible until around 10 AM Friday, then expect partial afternoon clearing with highs in the middle 50s. Chilly temperatures will return for the weekend, with another good chance of rain on Sunday. Be sure to keep tuned in to FOX 17 for further updates!