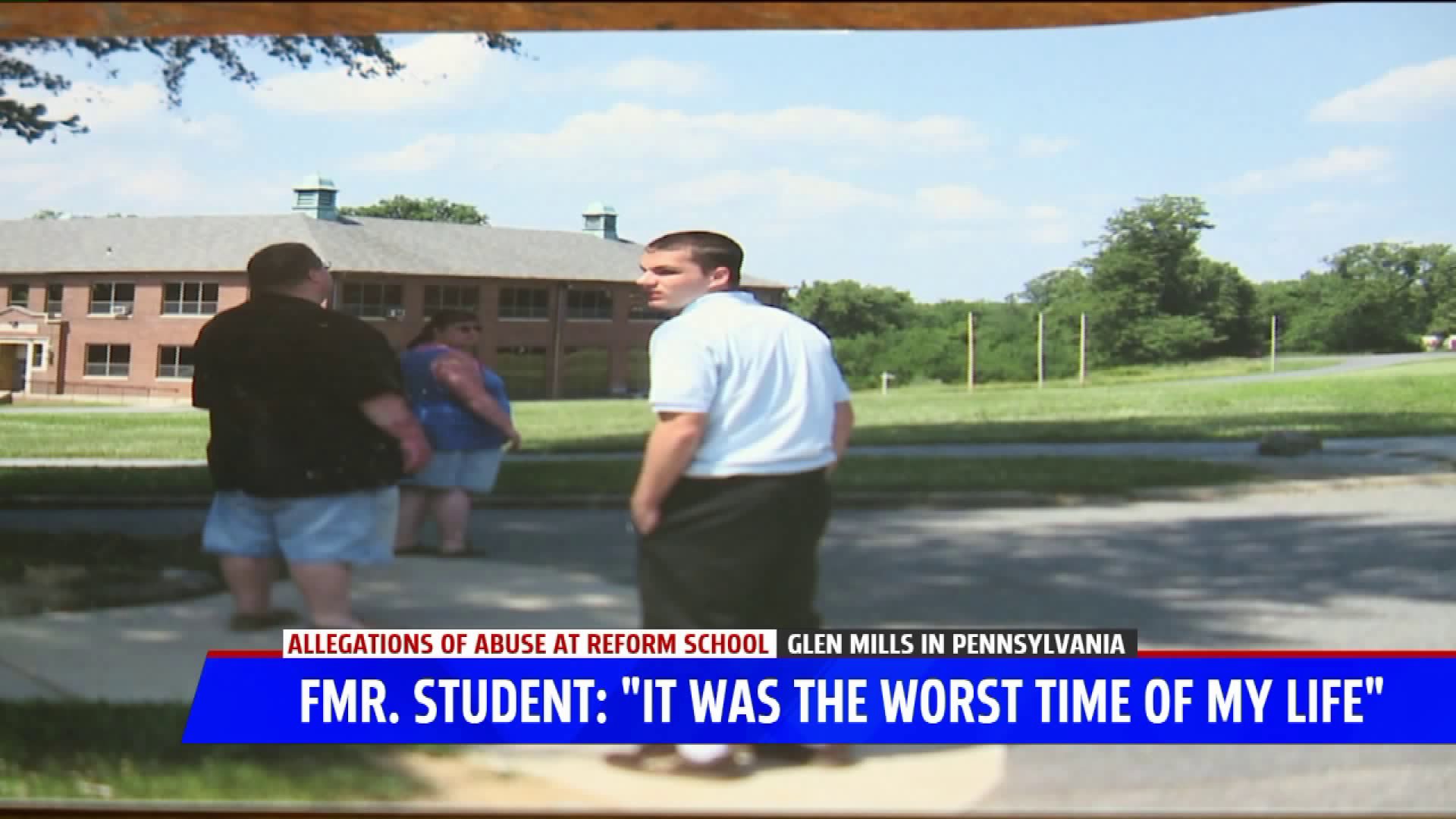 MUSKEGON, Mich. — The oldest reform school in the country has lost its licensing and nearly all of its students amid an investigation into allegations of child abuse and cover-ups.

Reports of abuse at the once prestigious Glen Mills Schools became public earlier this year, and some of them involve students from West Michigan.

Muskegon native Chris Peck graduated from Glen Mills in 2009 after going there under court order, and says his time there was more than necessary. However, he says his experience was far from what he expected.

Peck says he has seen or experienced physical or verbal abuse, including being thrown into walls and choked. His allegations are similar to claims made by other former students, all of which has been disputed by the school.

“Half of the things I've seen and witnessed there, I didn't think people would believe because it's just not something that happens to kids. You don't hear of mass abuse to children," Peck said.

"The Glen Mills rep made this place sound like heaven on earth of placements and it was quite the contrary," Peck said.

Peck says that is a common disciplinary practice and there’s no way administrators are in the dark about it.

“There was no way administration couldn't know. It was just like everyday life," he said.

Since reports began coming out in February, more students have spoken out, leading to a lawsuit. Peck said it’s about time people know about the school.

"I've spent 10 years trying to forget it and it's finally coming to light, he said. “And if one parent hears it and just acknowledges and remembers what I said and actually goes in and finds out what goes on and one kid gets out of situation like that, I'm happy.”

“We cannot verify this claim based on the information provided. While we take any allegations of abuse seriously, violence is against our mission and against our values---as it has been for nearly two centuries. We have zero-tolerance for these types of actions. There have been countless success stories year-over-year as a result of the work of the Glen Mills Schools that are being forgotten as this story unfolds in the media as well as more than 250 jobs lost. These dedicated individuals, many of whom were at the school for decades, also served as family to the young men who attended the school and in many cases had none to call their own. It’s important to note in the past 18 months alone, Glen Mills Schools has been formally visited, inspected and reviewed more than 150 times by different outside entities, including numerous states and counties. These entities also interviewed more than 700 students during this timeframe and none found a basis for concluding that a culture of daily violence was somehow hidden on the Glen Mills campus. No credible evidence supports the Pennsylvania Department of Human Services’ recent actions to remove students and revoke the school’s licenses and their recent inspections confirm this. The school will appeal the licensure revocation as it has the state’s emergency order.”