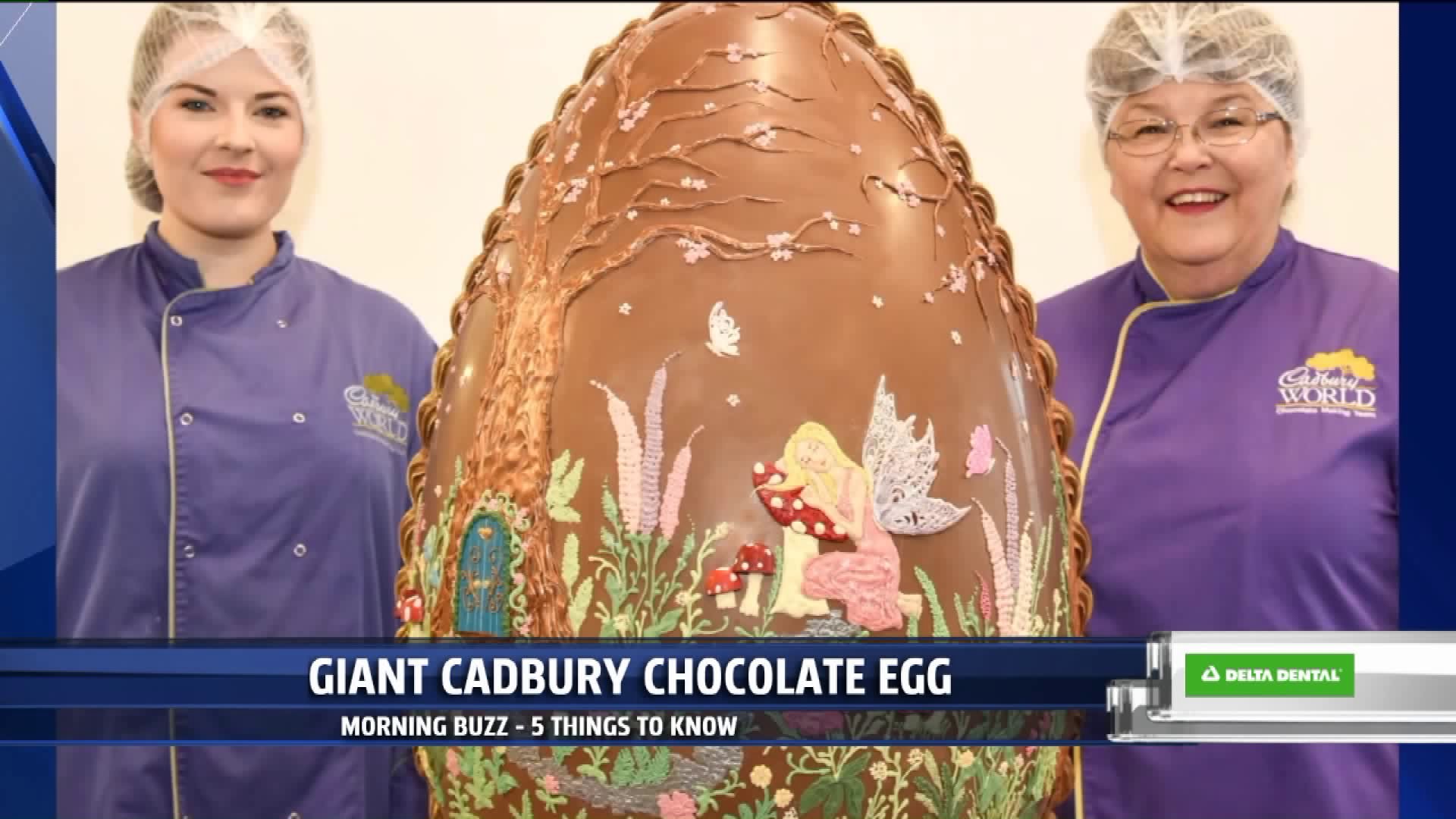 Work on the seven-story hotel started in 2017. The facility features 250 two-room suites, Big E's Sports Grill, a Michigan-shaped indoor pool and a whirlpool.

2. The Kent County Sheriff's Office is hosting a fun event for kids tonight.

The 4th annual youth night is happening at the Wolverine Worldwide Family YMCA in Belmont. Kids from 5th to 8th-grade will be able to head out and enjoy a night of swimming, rock climbing, laser tag and more.

There will also be plenty of officers on hand to talk with the kids. Food will also be provided, and everything is free of charge.

3. Move over Netflix, Disney is finally dishing out details on its streaming service.

The Walt Disney Company presenting its highly anticipated Disney Plus on Thursday. The platform will be home to all of the company's brands such as Pixar, Star Wars, and Marvel.

For $7 a month, users can watch anything from classic animated films, to live action remakes, to recently released movies.

Disney is also developing new original content exclusively for the service, which launches on November 12.

4. Men with long hair have been a growing trend for a few years, so now scrunchies for men are in demand! THey're called Munchies!

Longer hairstyles for men, similar to Jason Momoa's are helping the Munchie market.

According to the Wall Street Journal, the scrunchie trend is making a comeback, but this time for both sexes.

Those against the Munchie trend say it compromises masculinity, while those in favor of it say it's the current style.

5. If you love Cadbury Chocolate Eggs, it doesn't get much better than this! Workers at Cadbury World in the United Kingdom have created what they're calling an egg-cellent chocolate creation for Easter.

This egg stands at 2.5 feet tall and weighs almost 84 pounds. It was also decorated with a Fairy theme.

To put it into perspective, its size translates into the equivalent of 844 standard bars of Cadbury Chocolate.