MSP: Men busted with $1 million worth of cocaine at Ford airport 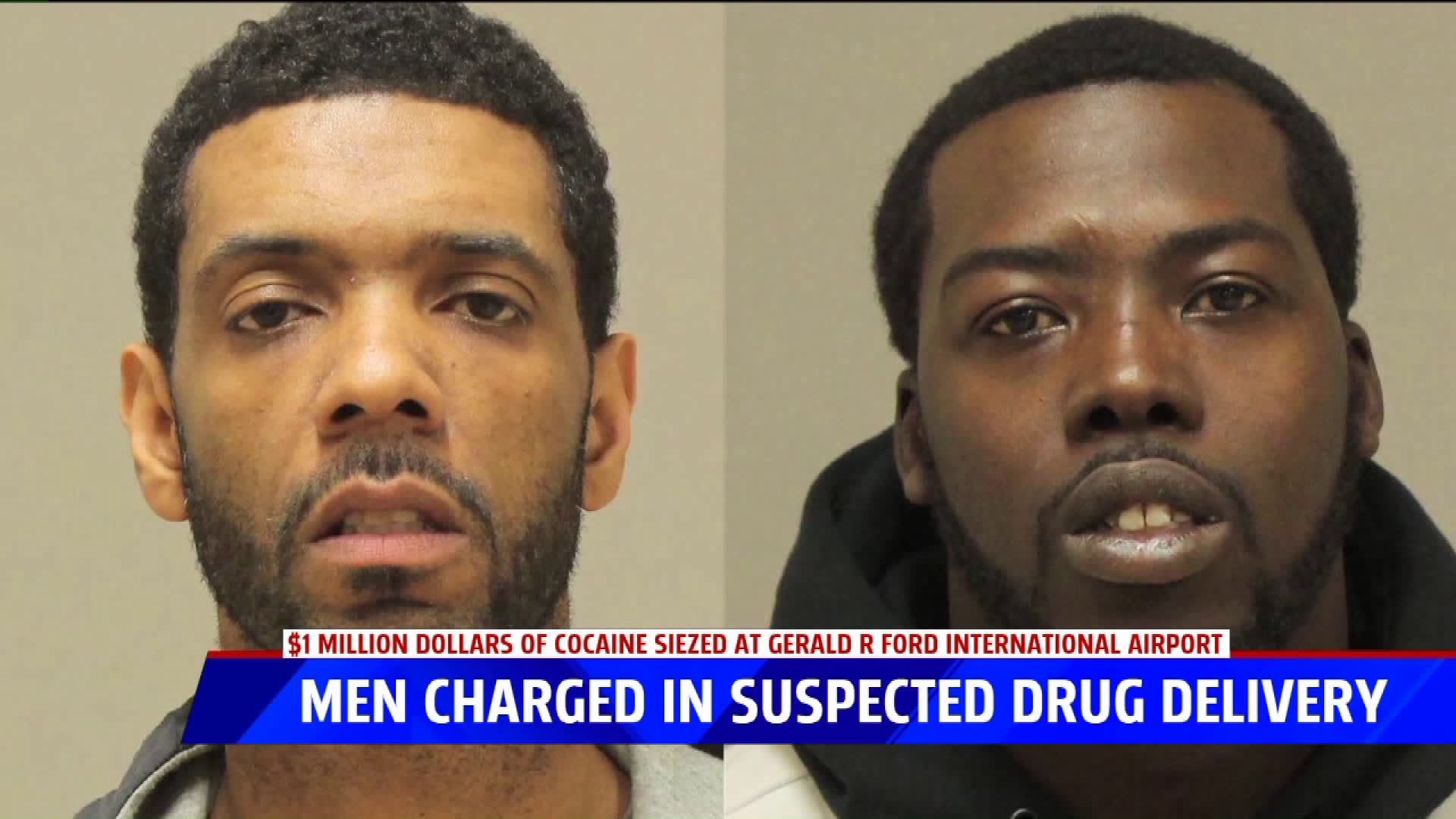 CASCADE TOWNSHIP, Mich. -- Two men flew into West Michigan with about $1 million dollars worth of cocaine, according to the Michigan State Police.

State police said it's an open investigation and they're still tracking down leads, so they couldn't share much. However, Lieutenant Nate Grant said it's a very significant drug bust for the Metropolitan Enforcement Team (MET).

Jones and Pickett had a probable cause hearing this morning. According to the arrest affidavit, the DEA tipped off MET detectives about three men suspected of traveling with the drugs at the airport. At this point, investigators won't say where the men flew from or how they were suspected. However, Jones and Pickett were stopped by police when they claimed their checked luggage.

The arrest affidavit states both men consented to a search, and police found 5 kilos of cocaine in each of their bags. That's 10,000 grams total. Both face charges of delivery/manufacturing, as well as possession of a controlled substance.

Court records show the men are from Detroit. It's not clear who the third man is. According to Kent County Jail records, Jones and Pickett are still in custody being held on $250,000 bond.

They're due back in court next Friday. If convicted, both face up to life in prison.