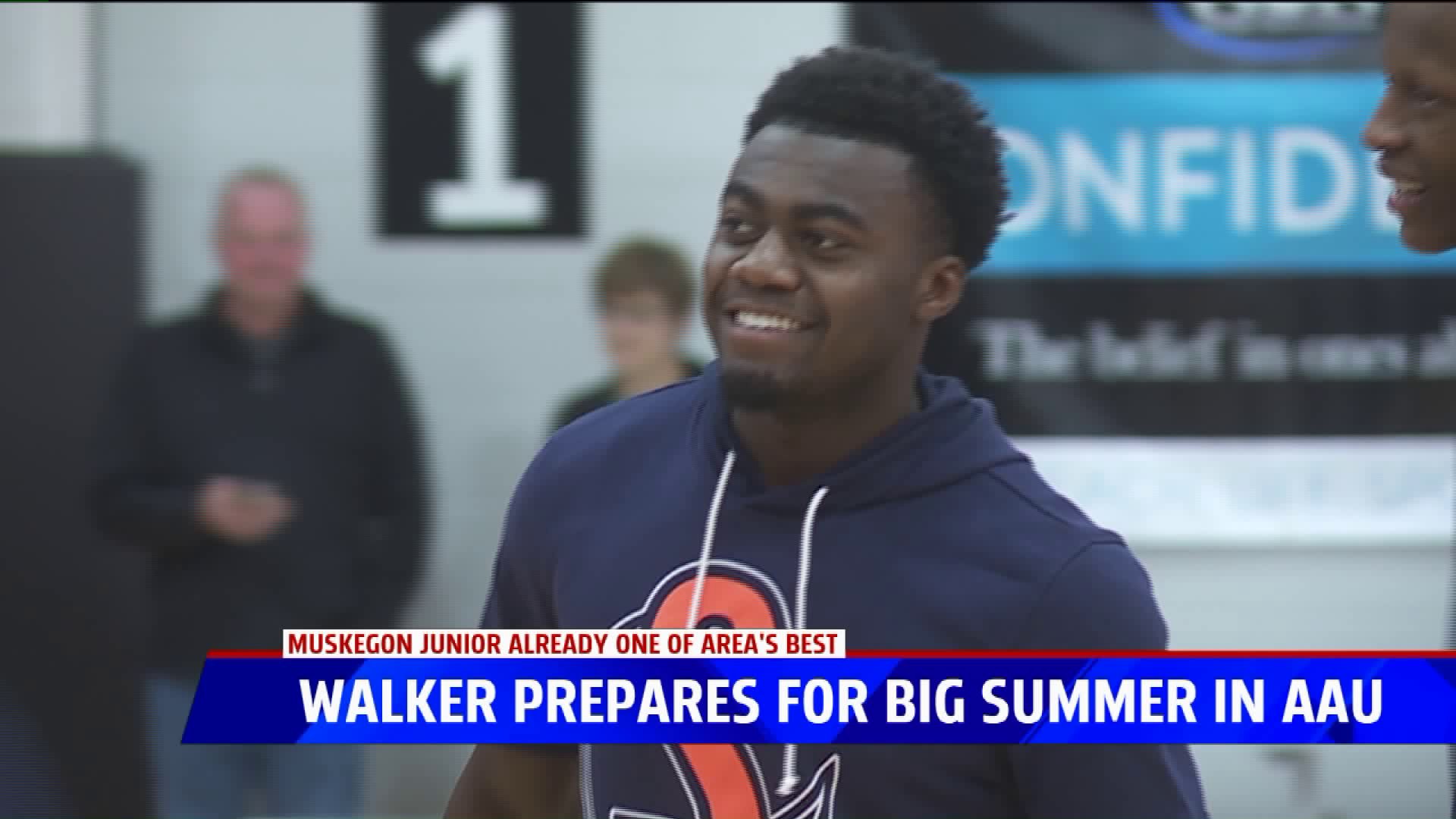 GRAND RAPIDS, Mich -- Jarvis Walker Jr. had a breakout 2018-19 season for Muskegon after transferring in from Mona Shores. The junior guard recorded a team-high 18 points per game and helped lead the Big Reds to a postseason run. Now, Walker is once against suiting up for the Grand Rapids Storm in the AAU circuit this summer.

"I'm fortunate to watch Jarvis' game grow over the past couple of years," Storm director, Jason Martin said. "He's extremely coachable, works his butt off, plays both ends of the floor, it's been very rewarding for him and it's been proud for me to see him turn into such a good player."

Walker has been putting in the work to get better.

Not only is Walker a dominant player on the court, he also excels in the classroom after being named Academic All-State with a 3.92 GPA.

"It's engrained in our household, my sisters had good grades," Walker said about his older sisters Jordan and Jasmyn, who both play basketball at Western Michigan, "my parents expect me to get good grades. It comes with being a student-athlete."

Walker recently received his first Division-I offer from Northern Illinois and has interest from Toledo, Central Michigan and Oakland among others. However, it's not just basketball that he's focused on.

"I just want to show the college coaches when they come in what I can do," Walker said, "in life, too and hopefully the interest turns to offers."

The Storm coaching staff could see Walker blowing up before the summer is over.

"We expect Jarvis to have several opportunities by the end of the season," Martin said, "we've had several calls and coaches reaching out to us."

Walker and the Storm are participating in and hosting the 2019 Storm Classic AAU tournament this weekend.