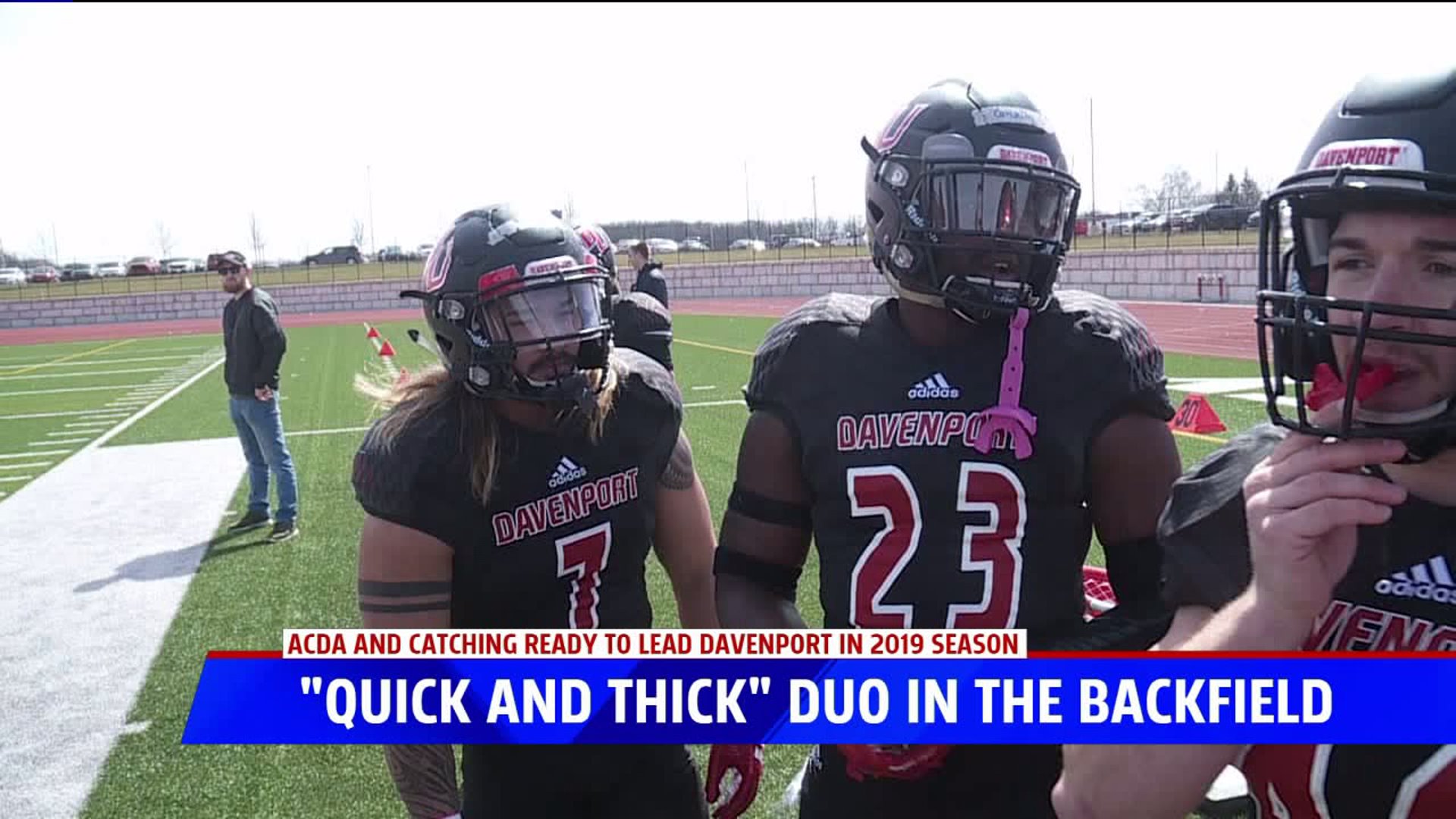 "He's our down back and he loves to power through everybody," Acda said, "I'm a speedster and like to tire out the defense so it's a really good combination."

Catching and Acda rushed for over 700 combined yards last season and are hoping to compliment each other even better this upcoming fall.

"He'll get a big long run, get to the goal line and if he's tired, I can go in and get the job done," Catching said, "but if i'm tired, he can get it done as well."

Now the duo in the Panther backfield have a pretty good nickname, thanks to Catching.

"He actually came up with 'quick and thick,'" Acda laughed, "I think we're going to roll with that this year."

"I'm kind of the bigger back and he's the quicker back, that's how it goes," Catching smiled.

The two not only have different running styles but also different backgrounds. Catching is from East Kentwood while Acda hails from California and continues to adjust to the West Michigan weather.

"It's chilly as usual," laughed Acda, "I'm not used to the snow still and I've been out here for two years, it's nothing like California."

Acda originally played for Riverside City College in California but after a visit to Davenport, decided to transfer and became close with Catching right away.

"He came here on his visit and we clicked immediately," Catching said, "he's like a brother to me now, we've grown over the past two years and we help each other with school, friendship, rides and we eat all the time together."

"He took me in as a brother and ever since then we've been close, we have a great relationship," added Acda.

On Saturday afternoon, the duo played in their final spring football game together and are quickly realizing how quickly their college careers will be over.

"It was eye opening," Catching said.

"It's indescribable, you never know if this is your last go of playing the sport you love and you have to give it your all," stated Acda.