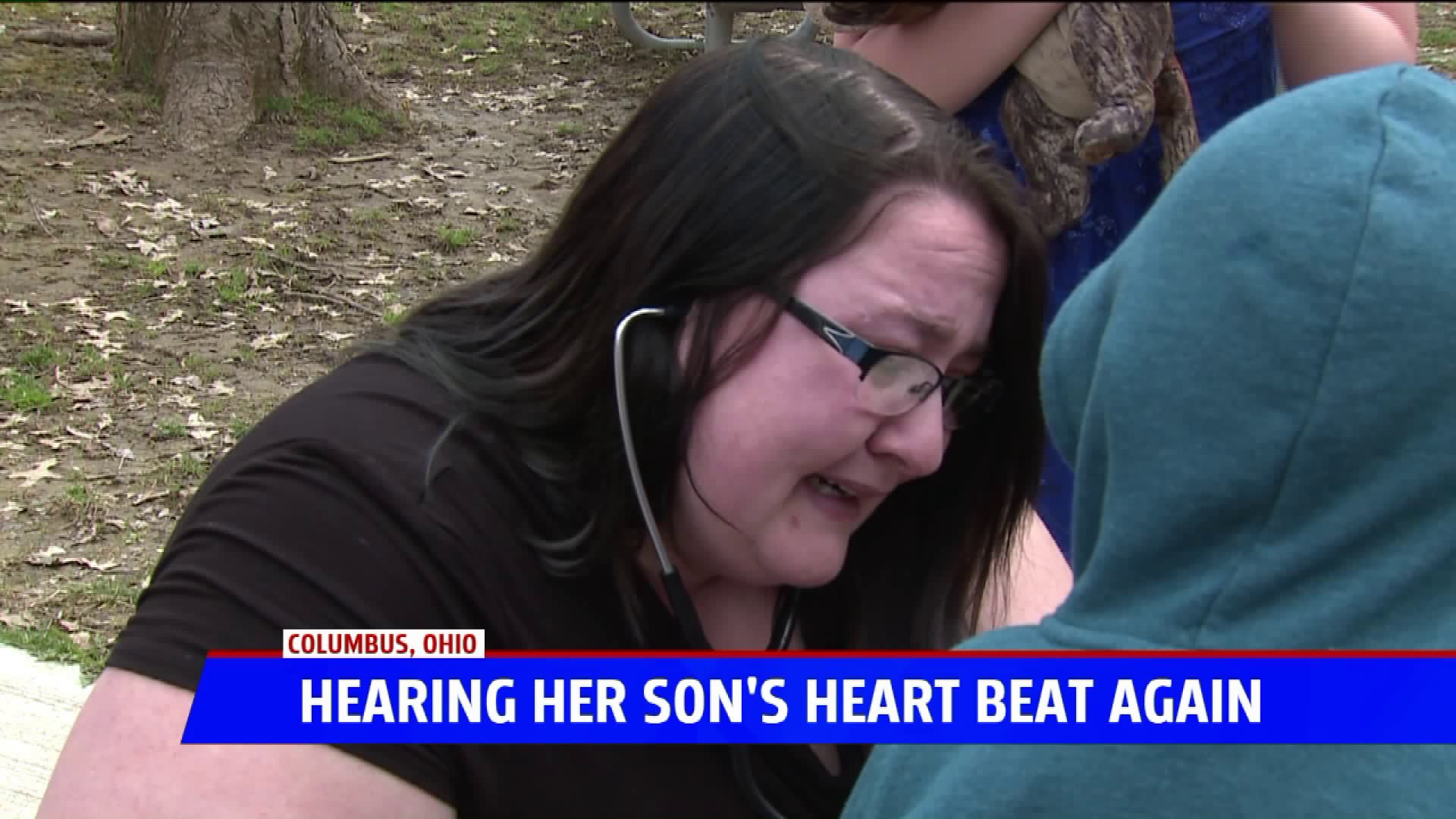 COLUMBUS, Ohio - After losing her son to a tragic drowning, a young mother’s wish to hear her son’s heartbeat once again came true this weekend.

Amber Curry made the difficult decision to donate her child’s organs after her son, Braydon, 3, drowned in 2018. The young mother took to Facebook, searching online for the recipient family in hopes of hearing her child’s heartbeat one more time.

“That was the last time I heard his heartbeat, was on a machine,” Curry said. “I wouldn’t dream it on my worst enemy.”

After choosing to donate her child’s organs to Gift of Life, Braydon’s liver ended up going to a 9-month-old, and his kidneys went to two elderly women. As for his heart, a 3-year-old boy in Ohio was the recipient. The family of six is now able to stay together thanks the Curry family’s selfless donation, who knows just how deep heartbreak can go.

Aries Sanders is now four years old and is alive and well after receiving Braydon’s heart. Prior to the surgery, he was facing heart failure.

“He was diagnosed with Dilated Cardiomyopathy,” said the young boy's mother, Tiffany Sanders. “Every time he’d get sick or get a virus, it attacked his heart.”

The clock was ticking for little Aries. His brittle heart forced him to cling to life in a hospital bed. Roughly 300 miles north in Allegan Co., Braydon Curry’s heart was being put on the donor’s list. A few weeks passed before Aries was given Braydon’s heart. The transplant was a success.

“Just seeing him grow up and play like a normal child, that makes my heart so full of joy,” Tiffany said.

Now ten months later, the two families found each other online and met for the first time. The two mothers hugged and cried together while reminiscing on Braydon’s life, thankful for the legacy he leaves behind. Amber was even able to hear her little boy’s heartbeat in Aries' chest for the first time since the day he died.

Aries is now taking immune-inhibitors to keep  his body from rejecting the new heart. Tiffany says his recent blood work shows he’s a happy, healthy little boy. She’s now using his story to encourage others to consider becoming an organ donor. Click this link to help save up to eight lives by donating your organs.