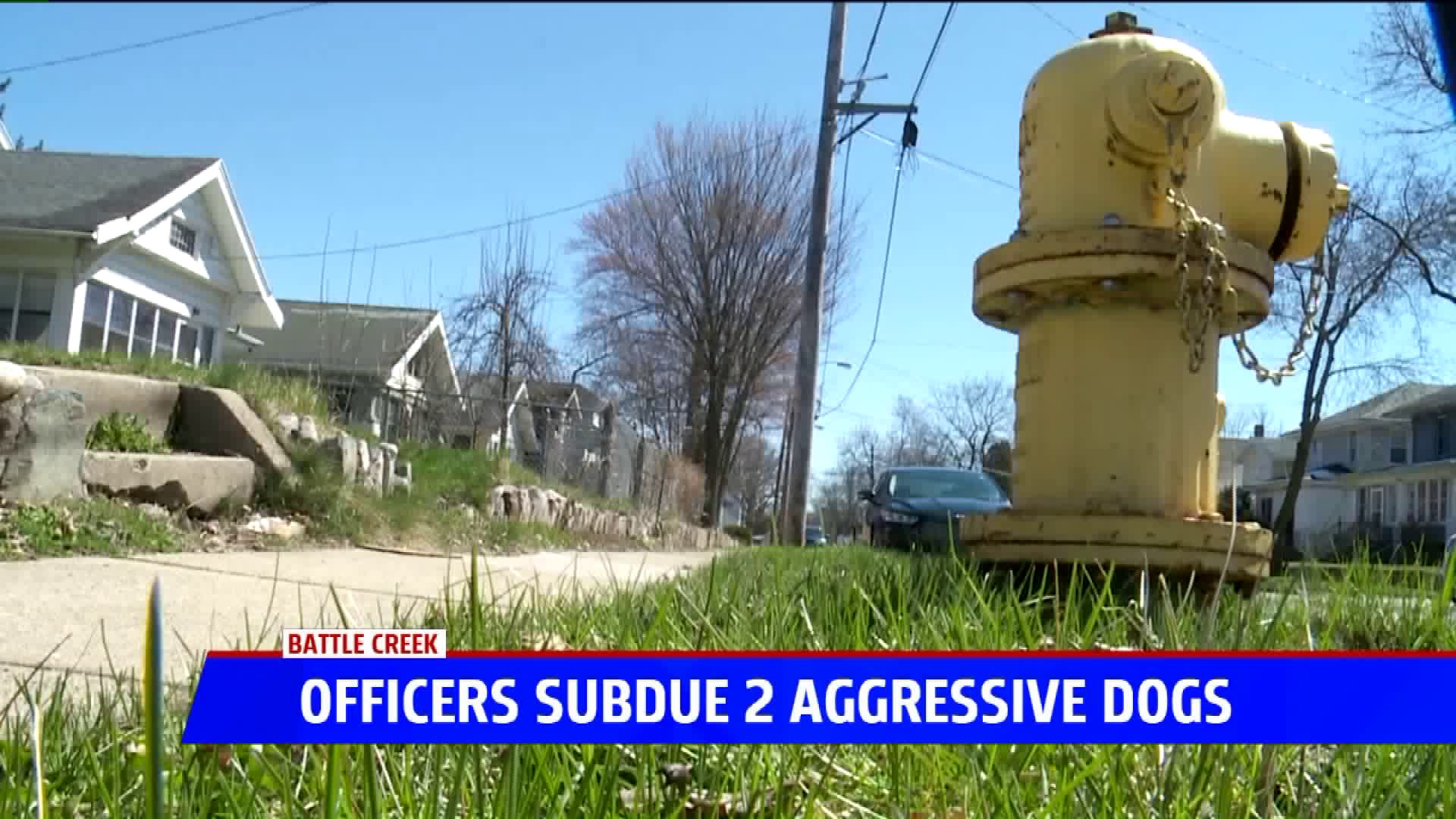 BATTLE CREEK, Mich. — Battle Creek police shot and killed a dog Monday morning after it tried to attack an officer, the department said.

A woman called 911 after she was bitten by two dogs who were “aggressive” and “running loose.”

“The dogs had also just aggressively attacked and bit 8 to 10 times another dog that was secure in somebody’s backyard,” Police Chief Jim Blocker said during an interview at headquarters. “And when officers approached the dogs, one of the dogs ran into one direction the other dog charged the officer.”

That’s when the officer shot him, Blocker said. A local veterinarian was contacted, but the dog died.

“The officer responded in the way in which they did because there are a lot of small children out during that time of the day,” Blocker said. “There’s multiple bus stops in that area. And there was a significant concern that those dogs can continue attacking people.”

Blocker said the attacks happened within a matter a minutes near the intersection of Lathrop and Illinois streets. The other dog, who ran away, was quickly found and quarantined.

"The owner was cited for and charged with allowing loose and vicious dogs," Blocker said.

He recommends all dog owners abide by the leash laws and do what they can to contain their dogs. Shooting aggressive dogs is their last resort, he said.

“When you have instances like this, especially there’s not a lot of time, you simply respond,” Blocker said. “You get there and it’s so unpredictable the behavior of the dog. There is no room for negotiations here. They’re either going to comply or, in this case, one ran away and one charged.”