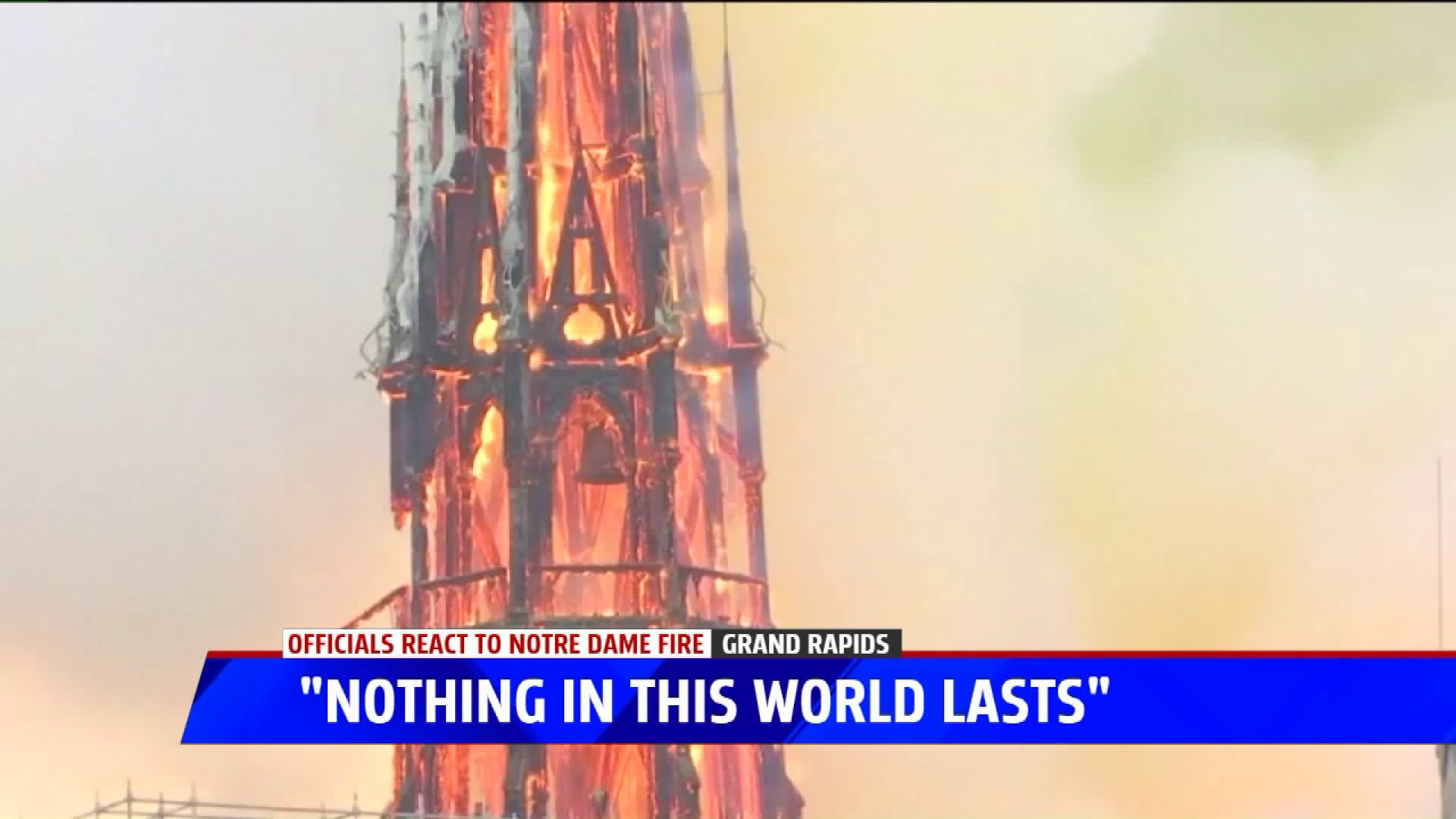 GRAND RAPIDS, Mich. —The Grand Rapids Diocese says the fire at Notre Dame Cathedral in Paris touches the lives of Catholics across the world, including West Michigan.

“I immediately dropped everything to go to the news feeds to see what I could see. I didn’t want to see much of it. It was a very very horrible thing to witness,” Reverend Bishop David Walkowiak said.

Walkowiak remembers praying at Notre Dame just before it was officially announced that he would be named Bishop of the Grand Rapids Diocese by Pope Francis, promising to serve the community of West Michigan.

It's a sacred space. But Walkowiak says it is just that, a space.

He said churches are made up of the people inside them, not four walls and a roof.

“It’s a good reminder to us, that we don’t put our faith in created things. Our faith is something that is indestructible,” he said.

Grand Rapids Fire Department Batallion Chief Colin Kelly says these types of fires are some of the most difficult to combat.

He said the sheer height of buildings like the Notre Dame Cathedral mean firefighters can't often access the source of such fires easily. Kelly also says construction, like the renovations at Notre Dame, only add to the problem.

“It’s my understanding it was under renovation. That’s a common theme when we see buildings, especially churches under restoration, whether they’re fixing the roof, using torches. It’s fairly common that they will catch on fire during renovations ,” Kelly said.

The cause of the fire at Notre Dame is still not known. But no matter what the fire caused a heartbreaking loss for many. Walkowiak said it happening during Holy Week, the week before Easter, makes it that much more difficult.

“It is a sobering reminder, that nothing in this world lasts,” Walkowiak said.