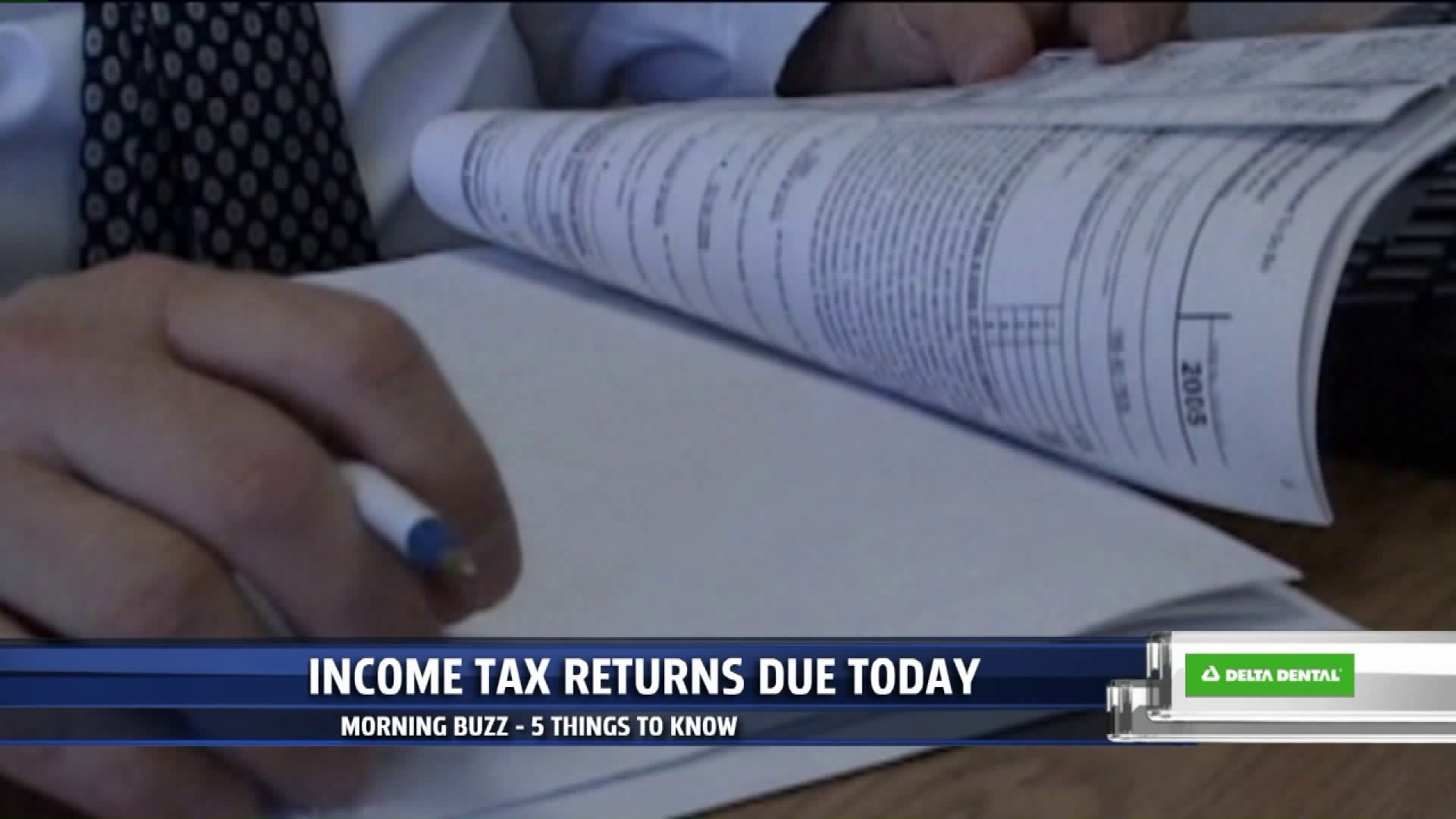 1. April 15 is the deadline to submit income taxes. Tax experts encourage everyone to double check their forms to make sure the information is correct.

According to the treasury department, procrastinating to the last day can lead to missed tax credits, mistakes, and delayed refunds.

Both the federal and state governments offer electronic filing, while others can mail in their return. Don't forget to check to file with the city or township as well.

2. The 83rd edition of the Masters Tournament in Augusta, Georgia ended with a big win for Tiger Woods as he won the prestigious golf competition for the fifth time.

It was his 15th major title, but his first major in 11 years and his first Masters win since 2005. It's among the greatest recent comebacks in sports, as he overcame career-threatening back problems. At 12 under, he won by just one stroke over three other golfers who all tied for 2nd.

3. Playoff hockey for the Grand Rapids Griffins is here! The Griffins will be a number four seed and the number one seed, Chicago Wolves, in the opening round of the Calder Cup Playoffs.

The series begins Friday in Chicago at Allstate Arena. The Griffins host games 3 and 4, scheduled for April 23 and 24, at Van Andel Arena.

This is the seventh consecutive season int eh playoffs for the Grand Rapids Griffins, who've won the Calder Cup Trophy twice this decade- in 2013 and 2017.

4. It was a special night for many at this year's Best Prom Ever event. The annual dance gives those with disabilities a chance to be themselves and have fun in a safe environment. This year's event took place Saturday night at Sparta High School with dancing, photo booths, limo rides, and flowers.

Organizers say they would love for more volunteers to be involved. If you'd like to help with next year's event, check out bestpromever.org or go to their Facebook page.

5. The iconic catwalk in Grand Haven will return to its former home over the south pier this summer.

The Grand Haven Tribune reports the reinstallation will begin in May. The city removed the century-old catwalk in 2016 before the Army Corps of Engineers began a $2.1 million project to rebuild the pier.

Officials have suggested a community celebration may be in order when the project is completed this summer.