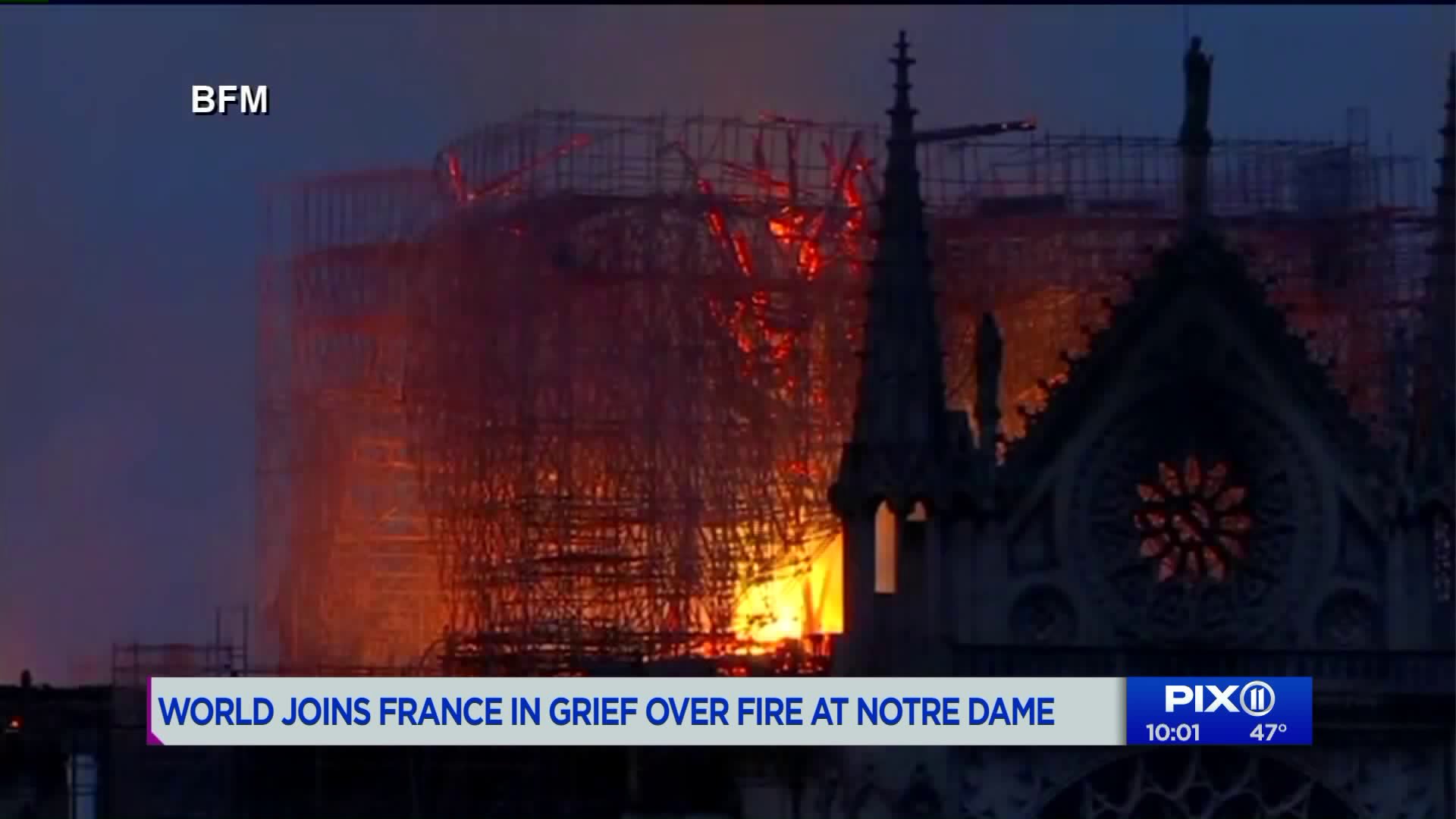 Parisians raised their voices in song Monday night outside Notre Dame Cathedral as a massive blaze engulfed one of the city`s most revered historic sites. The fire burned for several hours Monday, causing the collapse of the cathedral`s iconic spire and the destruction of its roof structure, which dated back to the 13th century. Consumed by flames, the spire leaned to one side and fell onto the burning roof as horrified onlookers watched. By early Tuesday morning, officials said the fire was under control and several invaluable artifacts had been rescued from the burning cathedral.

PARIS, France - French billionaires and companies have pledged over $450 million to help rebuild Paris' Notre Dame after the cathedral was severely damaged in a fire.

The largest donation announced Tuesday was from LVMH Group, which owns Louis Vuitton, Christian Dior and Givenchy. The company and the family of CEO Bernard Arnault promised €200 million ($226 million).

The company said in a statement the donation showed "solidarity with this national tragedy" and that funds would be used to  rebuild this "extraordinary cathedral"  and symbol of French heritage and unity.

LVMH will also make its creative and financial teams available to help with rebuilding and soliciting donations.

"This tragedy is striking all the French people, and beyond that, all those attached to spiritual values," François-Henri Pinault, the CEO of Kering, said in a statement.

"Faced with this tragedy, everyone wishes to give life back to this jewel of our heritage as soon as possible," added Pinault, who is the son of the billionaire businessman François Pinault.

The  blaze at Notre Dame  Monday  devastated large parts of the 850-year-old church , including its iconic spire. The fire was extinguished after nine hours.

French President Emmanuel Macron has promised to rebuild the site, saying Monday France will launch an international fundraising campaign to assist with the effort.

Early pledges from some of the richest families in the world could help.

Arnault is the third richest person in the world, according to the Bloomberg Billionaires Index. His net worth comes in at $90.4 billion, more than that of Warren Buffett or Mark Zuckerberg.

The Pinault family is worth an estimated $37.3 billion, per Bloomberg. François-Henri Pinault, who manages the family's businesses, is married to actress Salma Hayek.