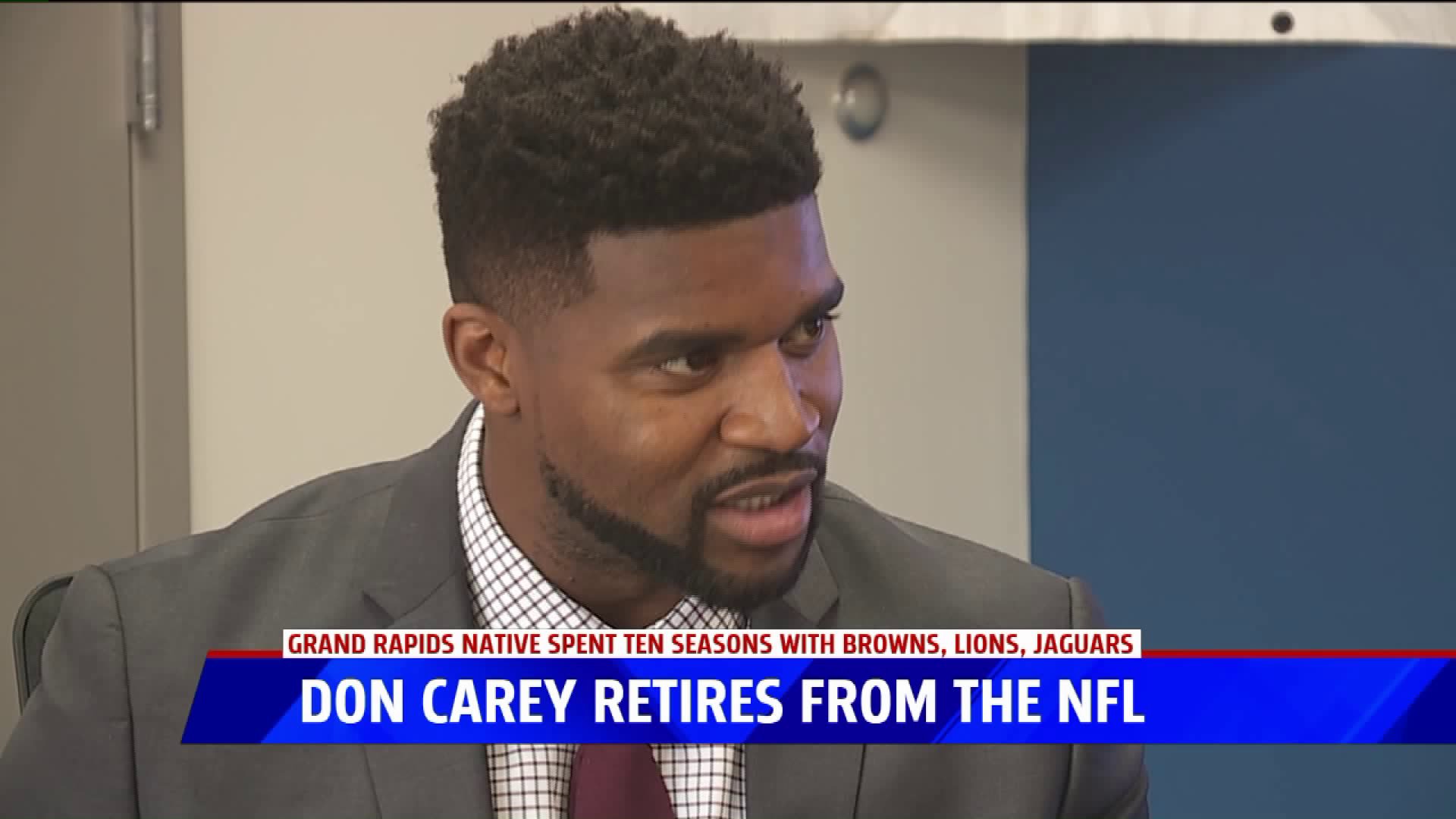 The Grand Rapids native spent 10 seasons in the NFL with the Cleveland Browns, Jacksonville Jaguars, and Detroit Lions. He made 190 tackles in his career with three interceptions. Of course, he will be missed during retirement.

"You get into game day and you see it in a guy's eyes like, 'Oh snap, I have to go against him?'" he laughed. "When you get the better of a guy on a play and they don't want any more, you can't replace that feeling. And when you make a play and 70,000 people start cheering, that's pretty cool, too."

Carey has been heavily involved in his communities and is looking forward to spending time with his family and impacting the lives of youth.

"For the past several years, my wife and I have had an organization called the REECH Foundation," Carey said, "REECH being an acronym for Reaching, Education and Empowering Children, and we're looking for ways to expand our reach in the Grand Rapids area."

For many NFL players, football is what defines them, and Carey admits he was like that for several years until a wake-up call prior to his third NFL season. "It wasn't until I was released by the Jacksonville Jaguars in 2011 that I realized, man, this sport is finite."

Carey was never a star in the NFL but was and still is a man who cares about others. In 2016, Carey was nominated for the NFL's Walter Payton Man of the Year award for his work in the community. Carey had a tough upbringing on the southeast side of Grand Rapids where his father left when he was just five years old, leaving his mother alone to raise him and his three siblings.

"It's the home I was raised in," he said, "we didn't have a ton, but we still found a way to give back to others."

Football wasn't used to make Carey a star, rather, it was used as a platform to impact others during his career.

Now that football is over, he's hoping to continue his community efforts right here where he grew up, in Grand Rapids.

"It means a little bit more when someone who's from your area does well then comes back."