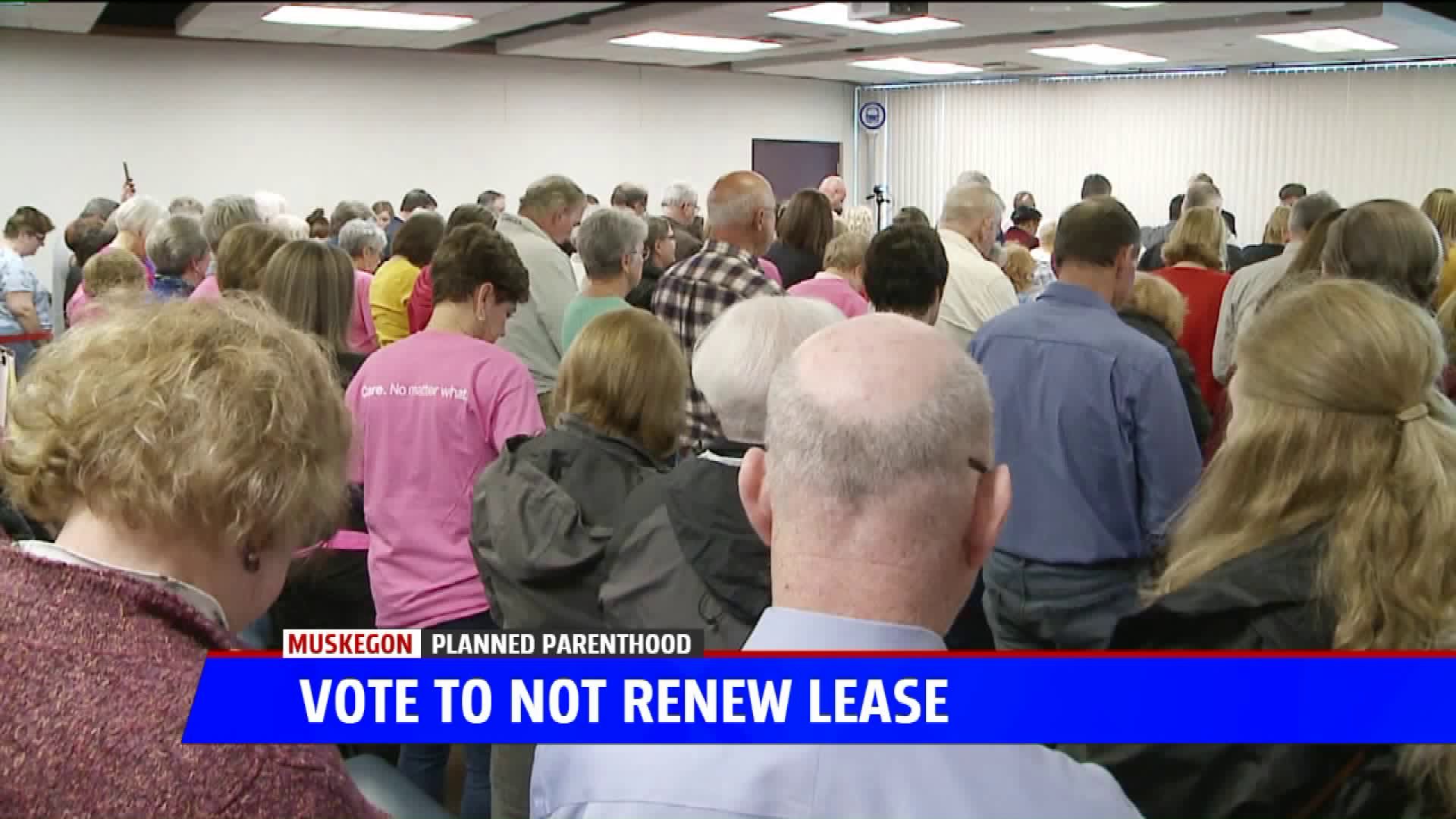 MUSKEGON, Mich. — After hearing hours of public comments, commissioners voted 6-2 to not renew Planned Parenthood's lease with the county.

Planned Parenthood had been leasing a portion of a county building located at 209 E Apple Ave., space they will now have to vacate in 90 days.

Hundreds of residents came to the Muskegon County commissioners meeting Tuesday night to voice their opinions on the organization.

County officials say they want to use the clinical space and rooms and that Planned Parenthood isn’t paying enough for the space and is too politically charged.

“We just absolutely need the space,” Muskegon County Public Health Director Kathy Moore said. "We have nurses that have complained of unsanitary conditions for them, confidentiality issues, safety issues as well as compliance issues."

“We serve over 1,500 people in the community,,” said Jim Norton, Planned Parenthood of Michigan vice president of development. "We’re a safety net provider. If we’re not here, oftentimes they’ll have access to no health care."

Public comment at the meeting went on for hours Tuesday night, and many of the commenters homed in on the issue of abortion, which isn’t offered at the Muskegon clinic.

A citizen in support of Planned Parenthood said the clinic is there for the community’s well-being.

“It is very important for this community that you continue to offer women health services for people who are uninsured or can’t get their services from a regular doctor,” Moore said. “Planned Parenthood in Muskegon does not perform abortions.”