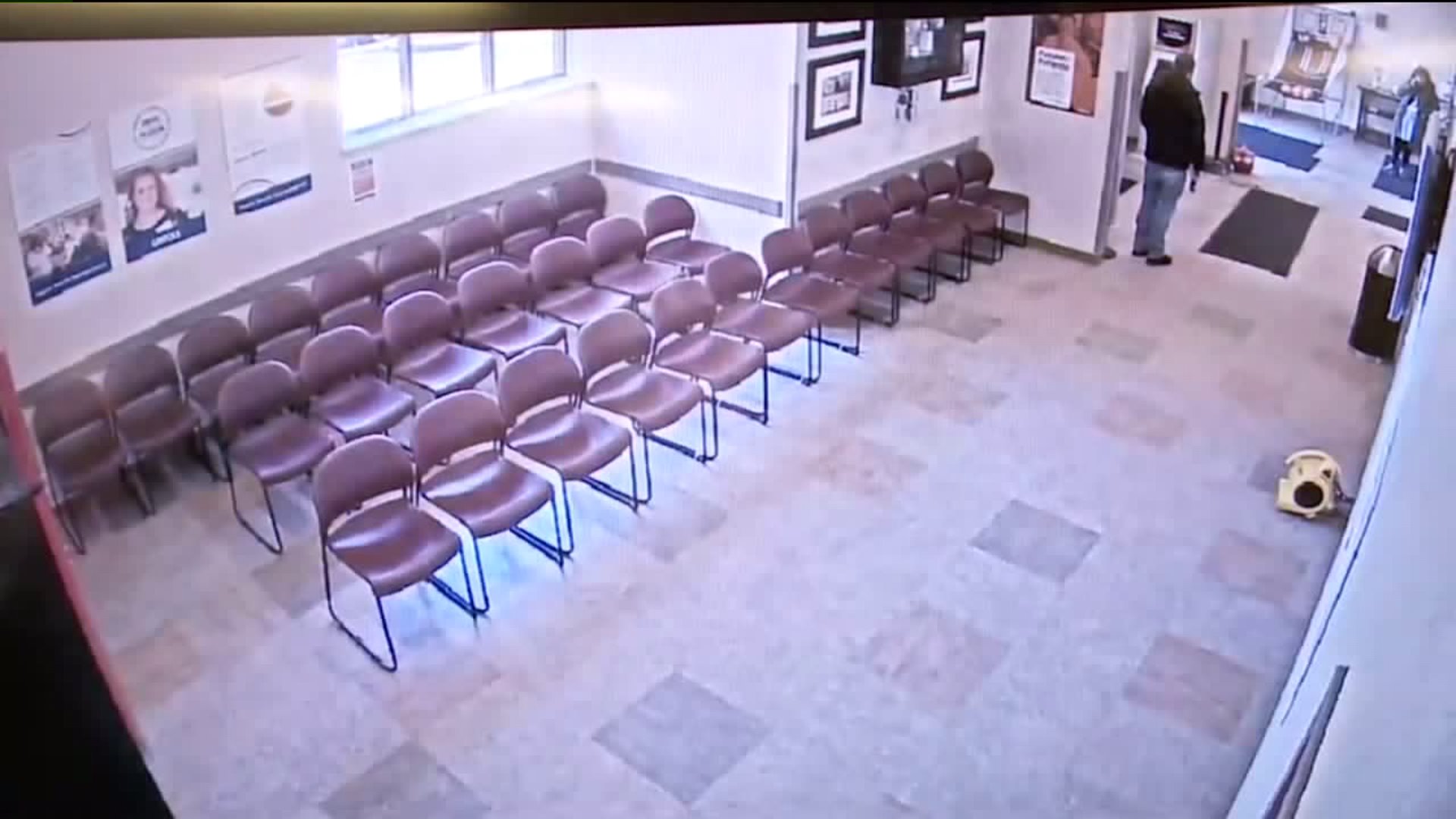 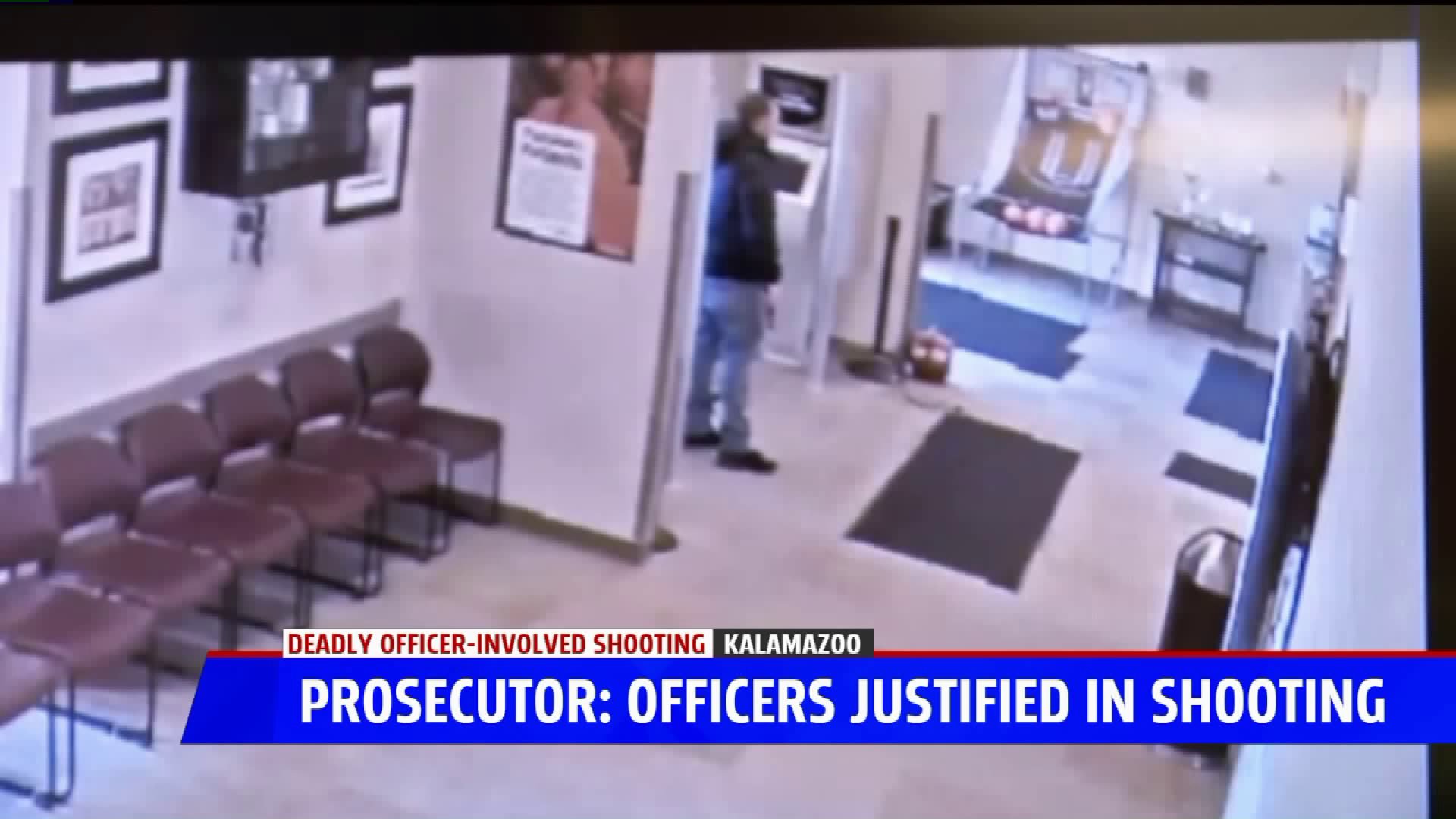 KALAMAZOO, Mich. — No charges will be filed in a deadly officer-involved shooting last month in Kalamazoo.

Kalamazoo County Prosecutor Jeff Getting concluded the officers acted within their duties and saved other civilians in the fatal March 12 shooting of 31-year-old Brandon Stacey at Biomat USA on Kalamazoo Avenue.

He says that the officers exhibited great bravery in the situation.

Stacey wounded one Kalamazoo Department of Public Safety officer after firing shots inside the business. Investigators had said that Stacey fired shots and then ordered employees to call police to ambush them when they arrived.

Getting said an employee was talking to Stacey while they waited for police.

“Mr. Stacey had told her that it was ‘just too much’ when asked if he had sought help for recent suicidal thoughts. He said that he had but ‘that it did not help’” Getting said.

When the employee asked Stacey if he wanted to step outside, he declined and said, “this is my plan.”

Getting showed video at a news conference Tuesday showing Stacey come into Biomat USA and walk through the waiting room. He walks back to the door and fires one shot into the ceiling. He then waited by the door for police to arrive.

The first officer arrived and was shot by Stacey as he came around the front door. A second officer returned fire and shots from both officers hit Stacey, killing him.

Getting says the officers did the only thing they could that day.

“They drive around in cars that say, ‘to protect and serve’ on the side, and that’s exactly what they did here,” he said. “They stepped into a situation that was extraordinarily dangerous and they placed their lives at risk in order to save other persons.

“There was nothing they could do but that. What happened was being driven by the actions of Mr. Stacey.”

Getting said Stacey had no previous criminal history, but that he did have a history of mental illness. The gun he had during the incident was his and was legally purchased in 2015.

“So, there isn’t anything about that that would have prevented him from getting a weapon,” he said. “The fact that a person has even an ongoing or a diagnosed mental illness doesn’t prohibit their ability to purchase a firearm.”

Stacey’s family had decided it wasn’t safe for the weapon to be in his home, so a family member was holding onto it for safe keeping, Getting said. Prior to the shooting, he retrieved the handgun after telling the family member he was going target shooting later in the day.