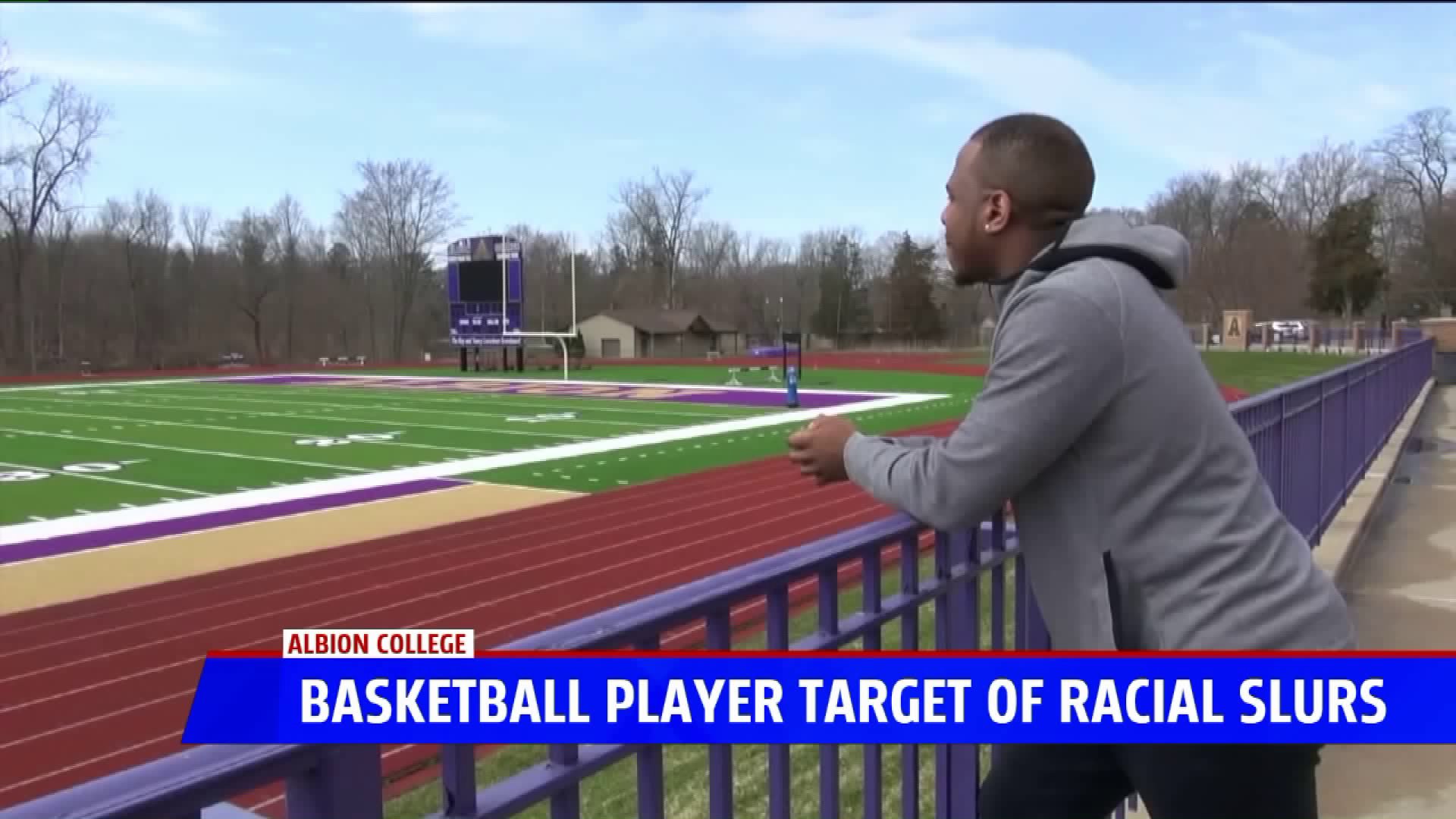 ALBION, Mich. — Zach Winston said he knew the moment he stepped onto Albion College's campus last year for a visit, it was the school for him. The tree-lined quad was beautiful, he said.

The faculty, staff and students spoke to him about college life,  which made him feel “welcomed.”

“It really felt like they cared for me,” Winston said during an interview at the school. “I took multiple visits and my mom was like ‘you definitely have to come here just because of that, that feeling.’”

He has been at Albion ever since. He excelled in his classes, earning a 3.8 grade point average as a finance major. He also excelled on the court as a point guard for the Albion Britons basketball team.

“We had a great season,” Winston said. “(I) made a lot of friends, people I thought I was never going to meet.”

Overall, Albion has been a home away from home for the Detroit native. He’s enjoyed his freshman year, even after things took an unexpected turn for the worse midway through the season.

“I have a board on my door and people write on my board all the time,” Winston said. “The week or two right before Christmas break, people were writing ‘KKK’ and things like that on the board.”

He said he didn’t think much of it. He erased it and didn’t tell anyone except for his roommate who saw the message too.

However, it happened again.

“I put it on Snapchat saying 'this is not funny',” he remembered. “And then it was like a little bit of back and forth and then it just stopped completely for a while.”

Then in early April, someone left a cardboard box on his doorstep with the phrase ‘KKK’ written on it, he said. Winston was shocked.

“I was in Minneapolis when my roommate told me about the box, so my roommate is the one who reported it,” he said. “I wasn’t even here yet.”

He was with his parents at a Final Four event,  supporting his brother, Michigan State’s Cassius Winston, when he got the text.

“I think it was a cowardly act,” Winston said about the box.  “I’d much rather you come to my face and tell me things like that.”

His roommate immediately reported it to the police and campus safety. They launched an investigation and sent an email to everyone alerting them to the racially-charged incidents.

The students held a rally. Winston attended and said that it was peaceful and that he felt supported.

However, no one knew he was the one being targeted. The email didn’t state his name. So he grabbed the microphone and told his story.

“As soon as like I came public (and said) 'yeah this is happening to me,’  everybody came out and talk to me, the administration, my coaches,” Winston said. “I had several meetings with my coaches after that event.”

Albion College officials stated in a message on their website that the person responsible for the “racist and vulgar language” has been removed from campus.

People continue to show Winston support. However, he hopes his experience inspires others to step forward.

“It’s just a reality check really,” he said. “Just to show you know that the world is not perfect and that we go through things like this still.”