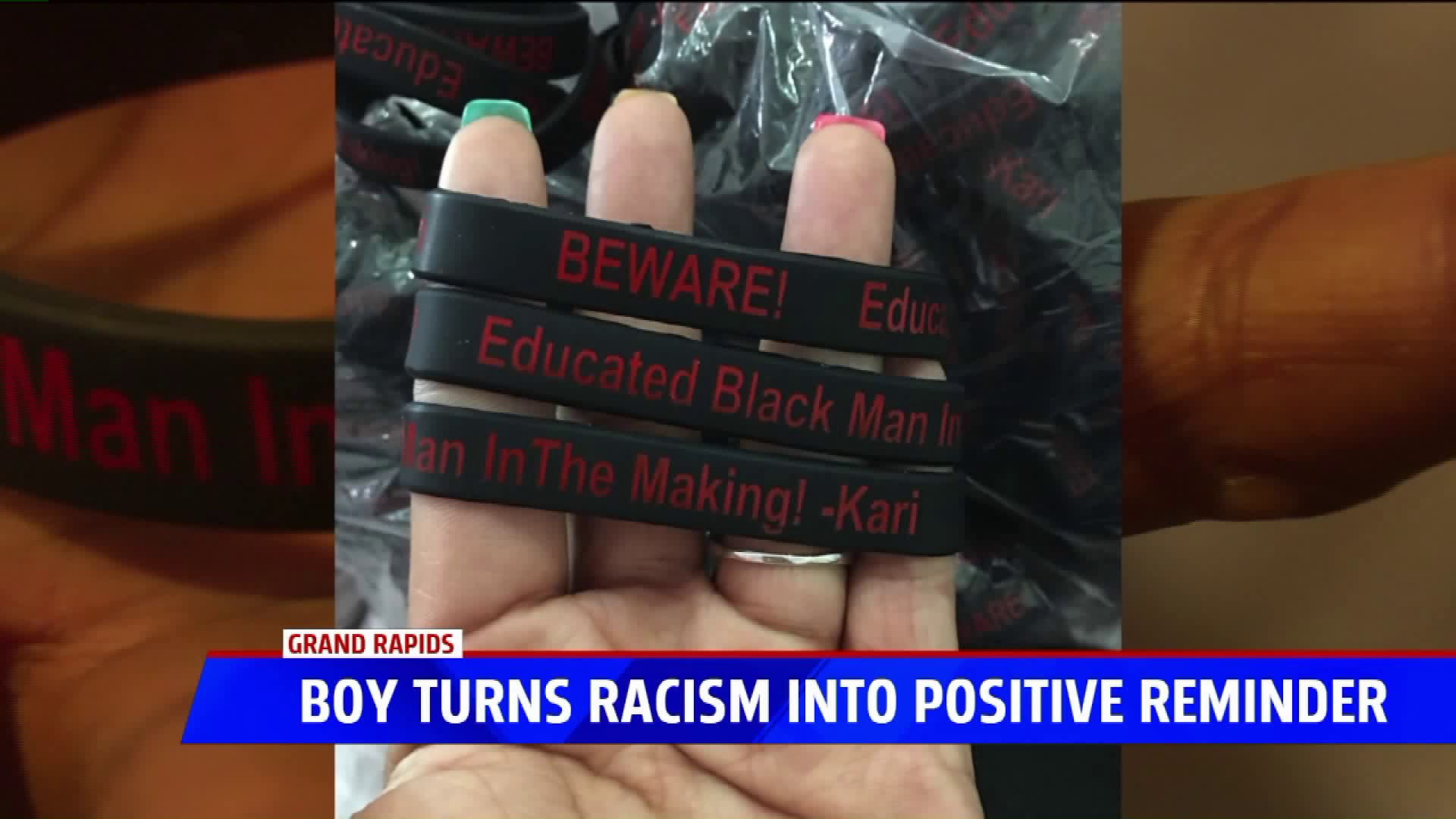 GRAND RAPIDS, Mich. — A boy in Grand Rapids is turning two negative experiences into a positive reminder to himself and others.

Za’Kari Walker Smith is wise for being just 10 years old.

He doesn’t call himself a victim even after what he’s endured. Instead he says he’s an educated black man with a lot to be proud of it, and he wants other children to feel the same.

“Unapologetically black, didn’t I make you one of those?” his mom asked him while working on some gear.

This is just one of the slogans Za’Kari has put on everything from shirts and hats to wristbands.

He says it’s a reminder.

“There’s nothing that can, like, hold him back,” Za’Kari says.

The positive swag was sparked from two negative events in his young life, one of them happening to Za’Kari while his mother was getting gas.

Za’Kari’s mom said it was the second time in one week that then 8-year old-Za’Kari had a racial slur directed at him.

The first happened outside of his fourth-grade classroom at Kent Hills Elementary, starting over a pair of scissors.

“I guess the teacher thought they were his, so he started antagonizing him,” his mom told FOX17.

The antagonizing escalated to a physical altercation, Za’Kari says he pulled him out of his chair and threw him outside of his classroom.

When he tried to return, Smith says the teacher pushed Za’Kari out the class by the neck and used a racial slur.

In a 2017 disposition, the teacher’s actions were deemed unprofessional after admitting to dumping Za’Kari out of his chair. The teacher was put on unpaid leave.

“I wanted to do everything a parent wants to do when their child is hurt,” Smith says of the incident.

But instead, she encouraged her son to turn a negative incident into a positive impact on his life and the lives of others.

A year after the incident, Za’Kari says he no longer wanted to feel like a victim, so he started to brand himself in a different way.

“Nothing can hold me back. Just because something happened to me doesn’t mean I get to be stuck there where everyone else is just moving on from what happened in the past and I can go on and enjoy my life too,” says Smith-Walker.

Za’Kari and Shaniqua want other young back boys to do the same.

And to remember: “Regardless of whatever you’re going to be somebody.”

You can find out more about Za’Kari’s designs by stopping by BKz Creations’ Facebook page.