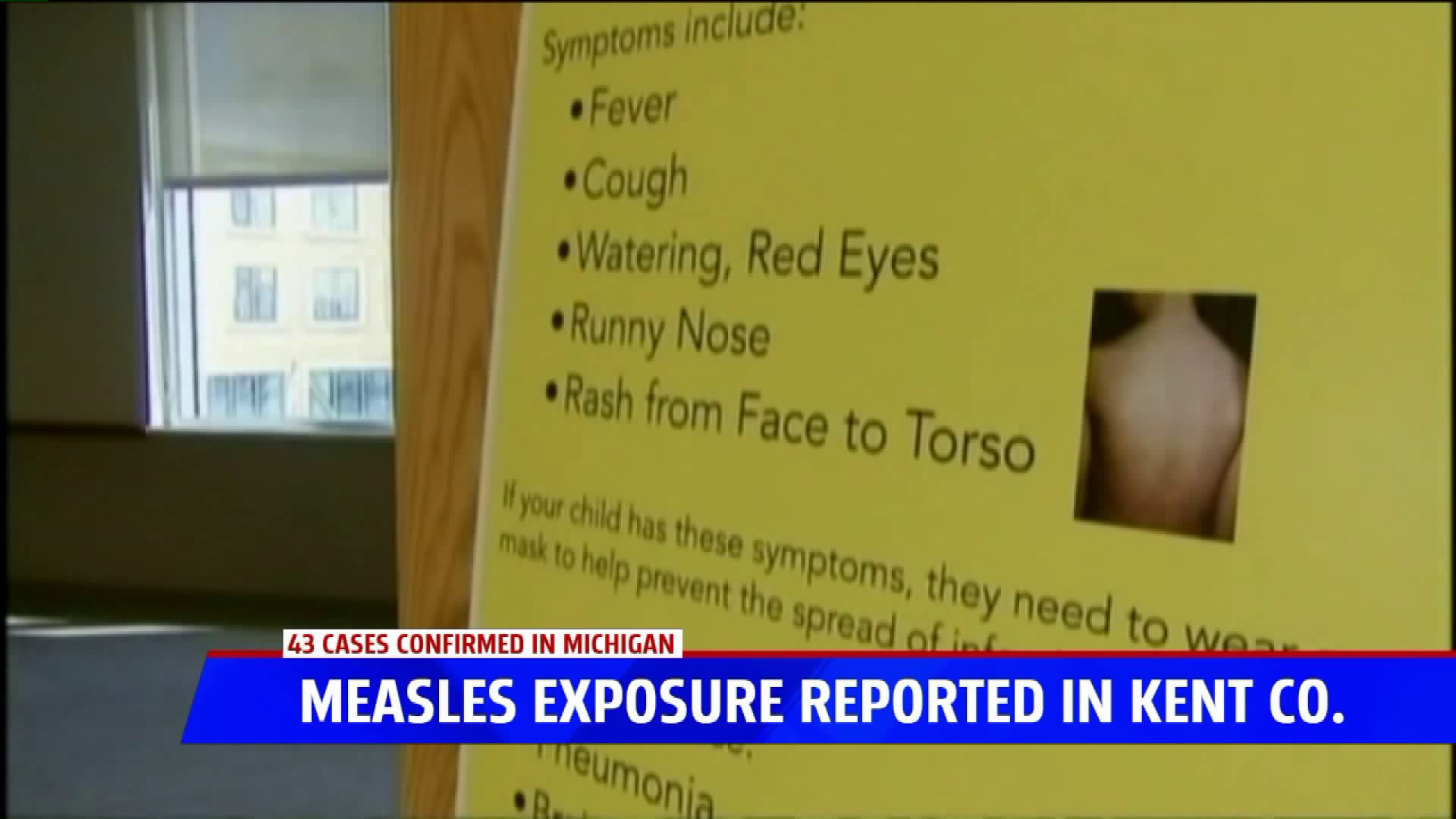 The total number of cases for the state is now at 43.

According to the MDHHS, one of the people with the measles was at the Baymont by Wyndham Grand Rapids Airport at 28th Street and Kraft Avenue SE between midnight and 3 a.m. April 12. That person was also at the Urgent Care Med Express at 3100 Plainfield Ave. NE from 1-6 p.m. on April 12.

Measles is very contagious and the virus can live for up to two hours in the air where an infected person was present.

There aren't any confirmed cases of measles in Kent County yet, but health department officials are urging residents to look out for the symptoms: cough, runny nose, conjunctivitis, redness of the eyes or a fever.

While the health department is on the lookout for people who may have been contaminated, officials say the exposure

“Understand that we may see more cases of measles, (but) it’s not a case to get super freaked out about," said Brian Hartl, Kent County Health Department epidemiology supervisor. "Measles is highly contagious, but we’re only focusing on those individuals who are in those two locations who are at risk for exposure.

"So just because you live in Kent County doesn’t mean you were exposed to measles. It’s just those individuals who were at those two locations.”

Hartl said the health department is working to figure out where the exposed person went, who was there at that time and tracking down anyone who may have been exposed.

Doctors with Spectrum Health say they have been fielding calls from concerns parents, once the health department released the news about this newly confirmed case.

"We've just gotten a lot of questions today specifically about what to do, if my child is exposed," said Dr. Kara Willoughby, who says around 20 people called the doctor's office with questions.

The outbreak in Michigan is the largest since 65 cases were reported in 1991.

The MDHHA says the vaccine for measles is highly effective and safe. After one dose, 95% of children are protected against measles and after two doses, nearly 100% are immune.  Children under the age of 12 months are not recommended to get the vaccine unless there is a suspected exposure.

For more information, visit the Centers for Disease Control website or the Michigan outbreak page.