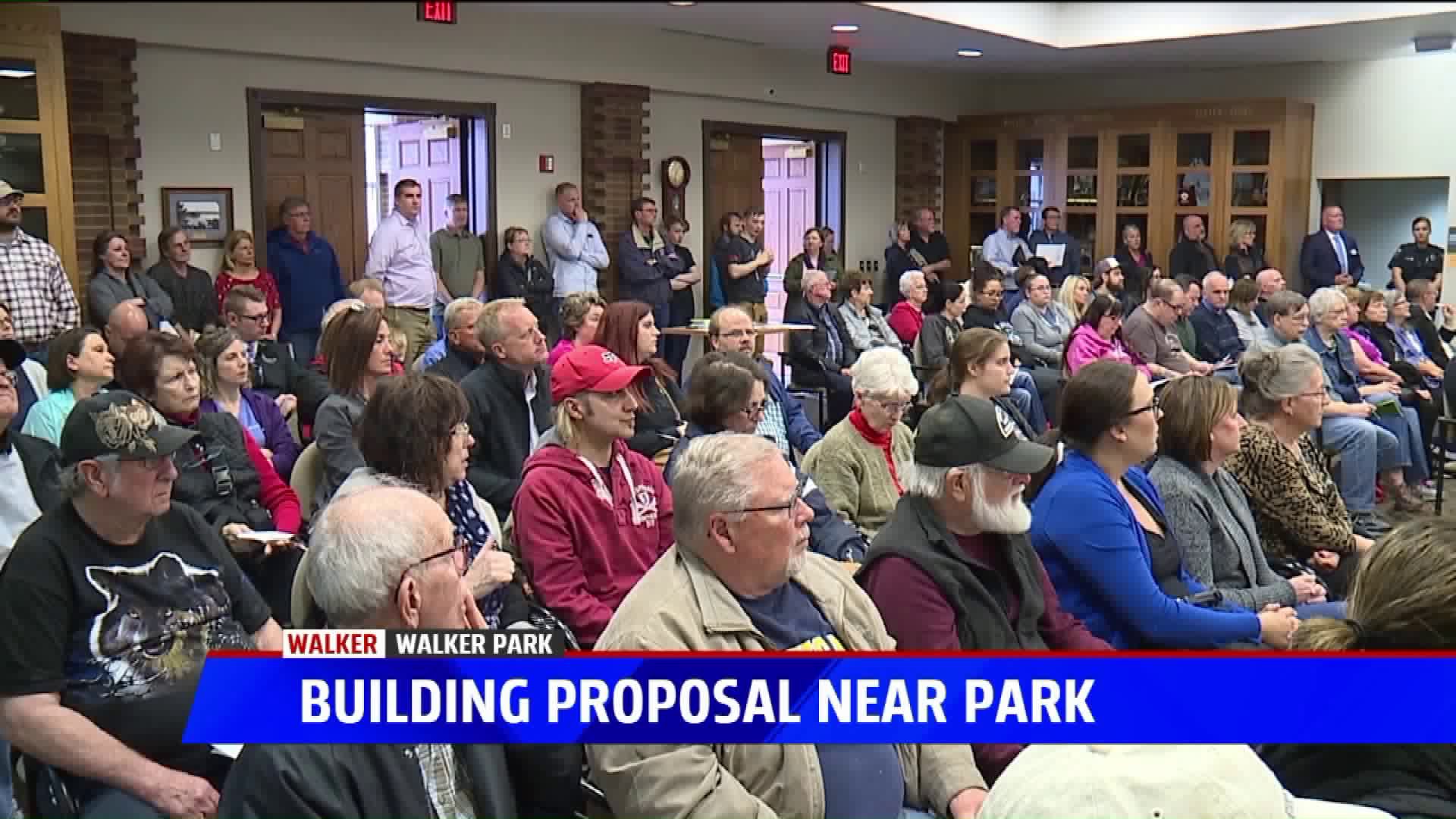 WALKER, Mich. — Despite not receiving any blueprints, the Walker Planning Commission held a meeting Wednesday night on a proposed apartment building project.

Neighbors showed up to voice their concerns to the proposed 46-unit apartment complex on Cummings Avenue near Walker Community Park.

The lot’s owner wants to sell it to developers, but people in the neighborhood don’t like the idea, saying it would add more traffic and people.

“This was our first chance to come forward and show what we don’t want to happen in our longstanding residential neighborhood,” a public commenter said.

City officials say there isn’t much residents can do to stop the development at this point, since no plans have been submitted and the area is zoned for downtown development.

To neighbors, it doesn't matter that the plan isn't for certain yet. The idea makes them uneasy.

“This is stupid. Just stupid. To put that there in an area where there’s kids in a regular neighborhood,” one person said at public comment.

The owner of the property says if the neighbors don't like it, they are welcome to buy it.