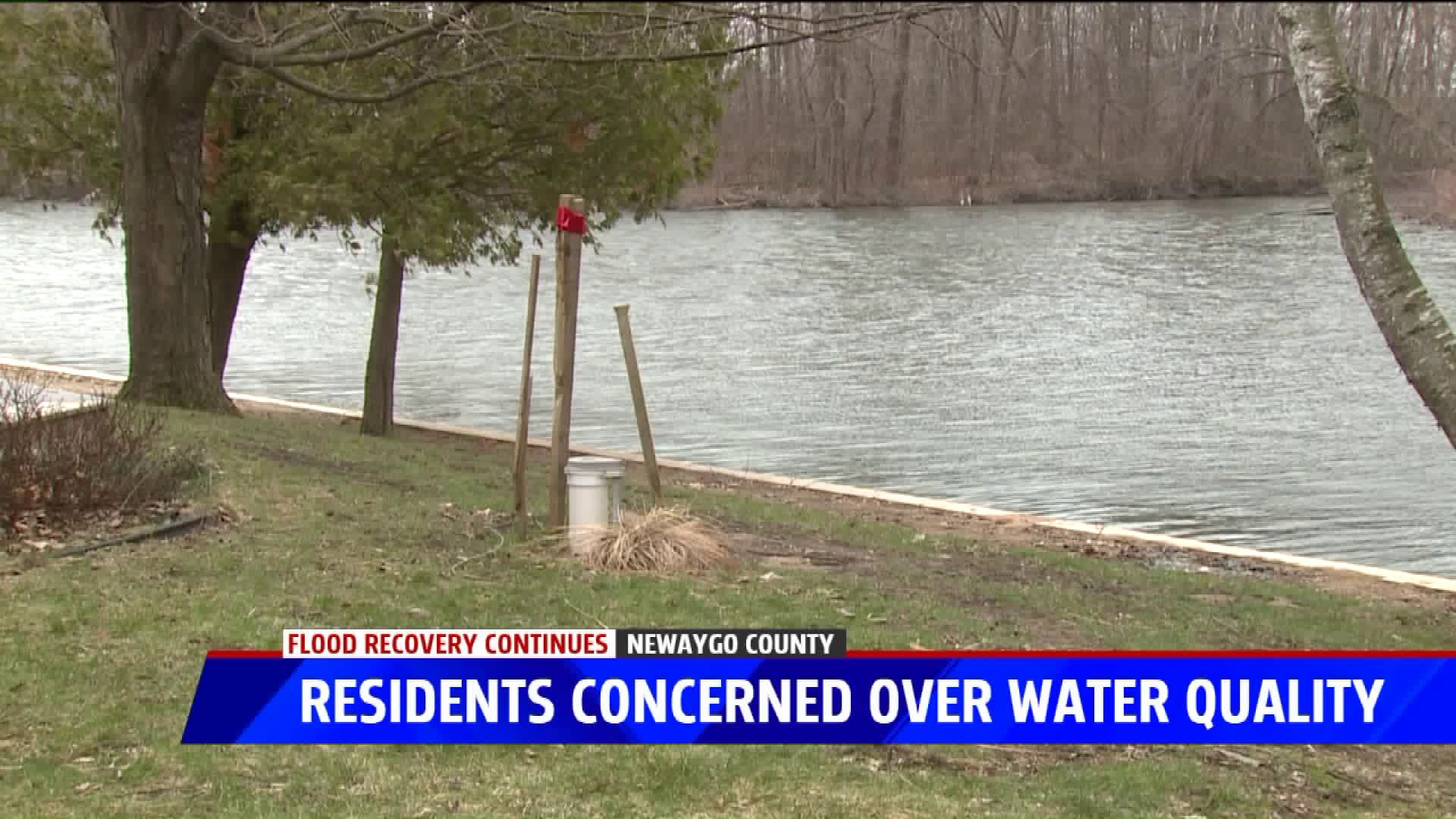 DAYTON TOWNSHIP, Mich. — It's been more than a month since parts of Newaygo County flooded and weeks since Gov. Gretchen Whitmer declared a state of emergency.

As property owners work on bouncing back, some say they're stuck and don't know where to turn. Families on Martin Lake in Dayton Township are still living with the aftermath of March 14 flooding.

Some are dealing with costly property damage. Some have water quality issues, and some are concerned with both.

Kip Lanning said, "I have neighbors here who are -- they're fed up. They're depressed."

The Lannings said water levels rose above and seeped into their well head. As a result, they said water test results deemed the well water was contaminated with coliform.

For the past month, the Lannings said they've been using water provided by the Red Cross. The couple hired companies to chlorinate the well on two occasions.

They said the water has still tested positive for bacteria. Now, they are hoping for some relief and better guidance in reaching a solution, especially with an emergency declaration.

"If we keep getting positive test results, no one can tell me if possibly the water source - period - is contaminated," Liz Lanning said.

The Lannings said their most drastic option is to have a new well installed. Kip said this could cost him $10,000.

FOX 17 reached out to the Newaygo County Health Department for insight on the issue. Offices were closed Wednesday due to training.