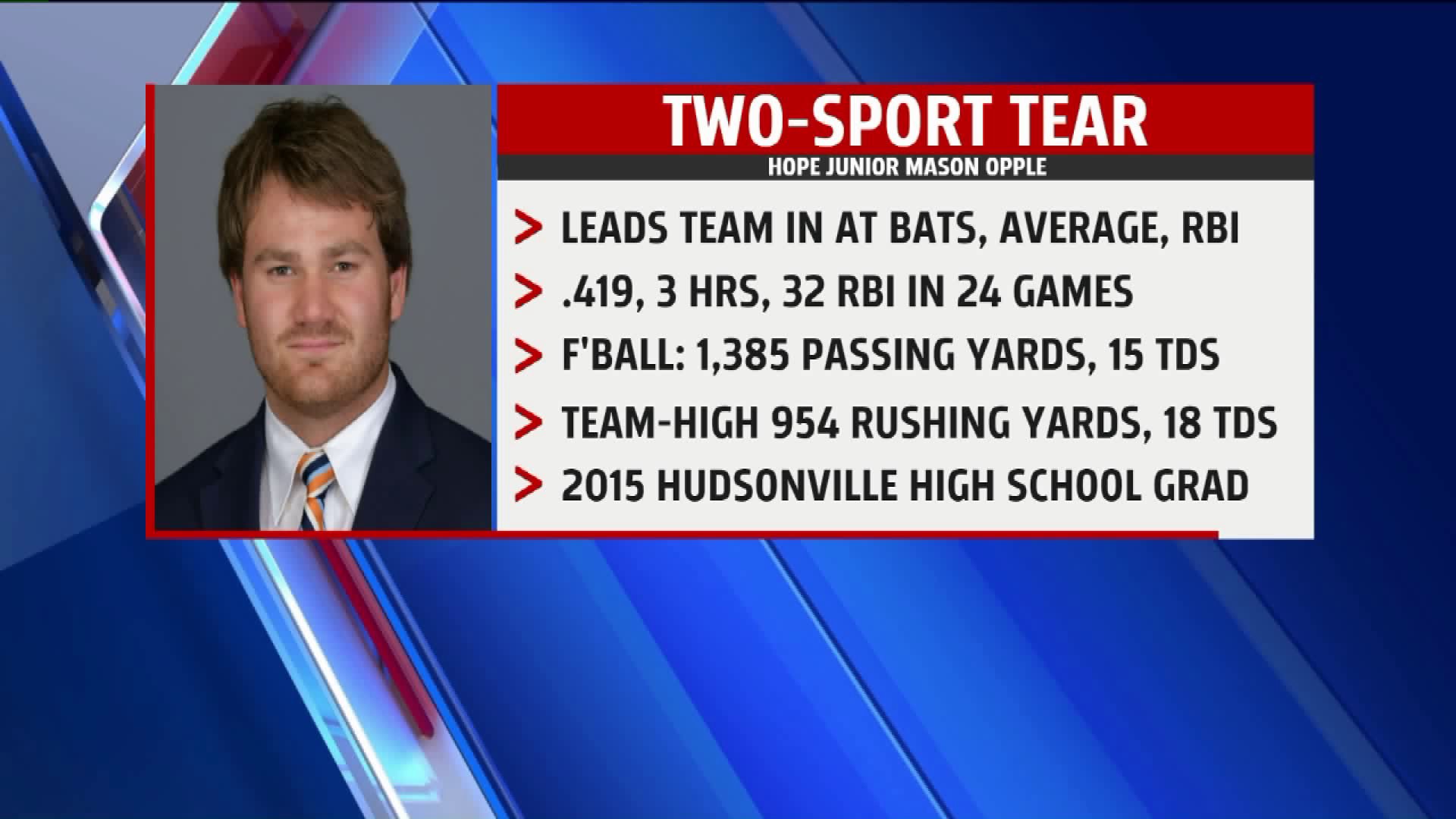 HOLLAND, Mich. -- Mason Opple was a standout high school athlete at Hudsonville and graduated in 2015. Opple then enrolled at Davenport University to play football before transferring to Grand Valley to become a regular student.

However, during his time in Allendale, he began missing athletics and received an opportunity at Hope College, and he hasn't looked back.

Opple is now a junior for the Flying Dutch and led the football team to an 8-2 overall record while racking up over 2,000 all-purpose yards and 28 total touchdowns.

Now he's also starring on the baseball field where he's hitting .419 and leads the team in RBI and at-bats.

"It's a way of life I guess," Opple said. "You're just playing sports and don't see it any different."

Of course, Opple has to miss out on spring football practice while playing with the baseball team.

"Obviously, I'm not out here with these guys," he said pointing at the football field. "I'd like to be out here in the spring and with baseball in the fall, but it doesn't work out that way. Either way, it's a ton of fun to be able to play two sports, to be in-season year round."

"He's just a gamer," Stuursma smiled. "He just plays with such a passion and heart, and I dare you to bet against him because he'll find a way to beat you. He plays with so much confidence, and he's not a 'me, me' guy. He's a team player, but he has that killer instinct and eye of the tiger that I haven't seen in a long, long time."