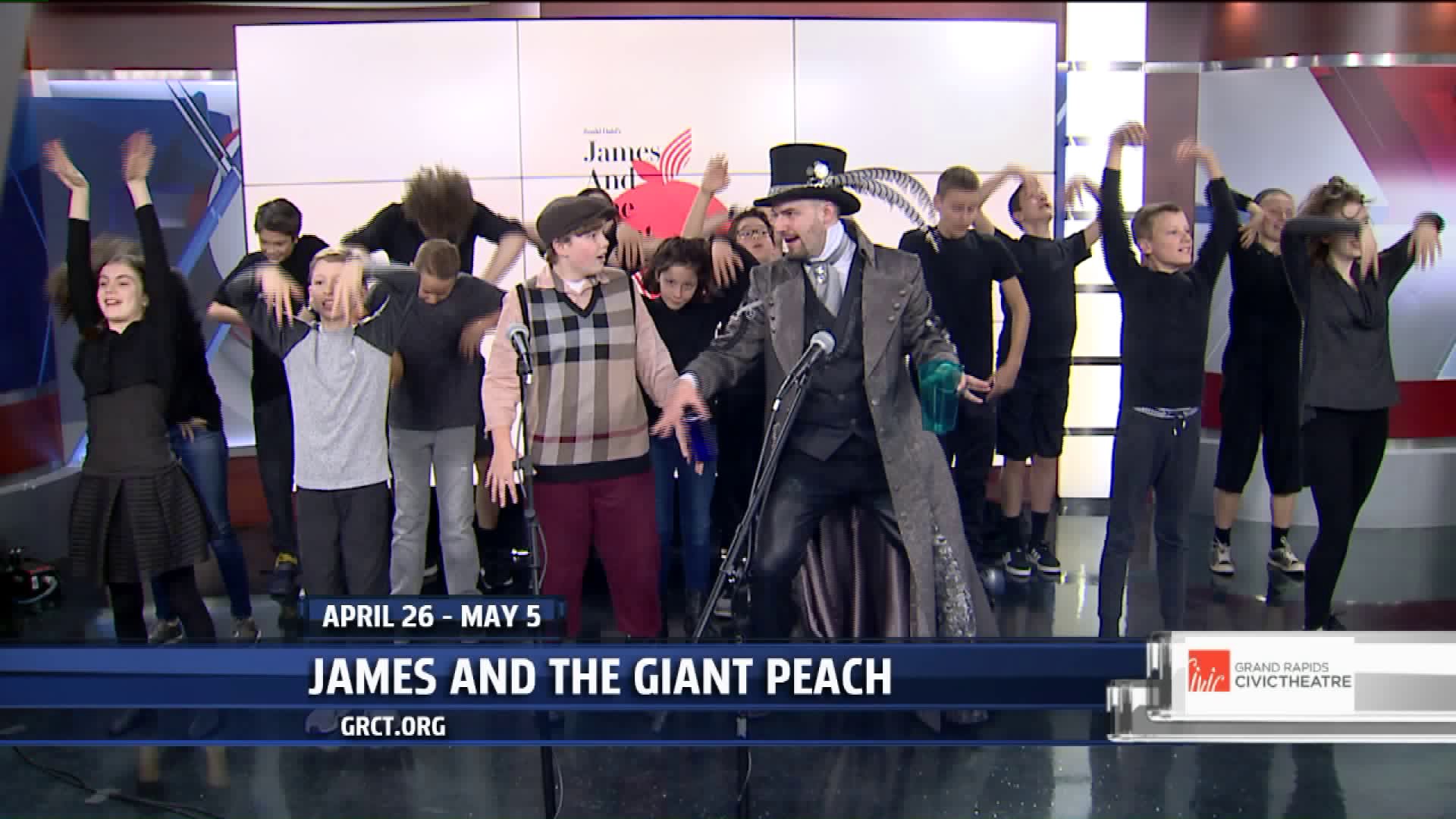 The Grand Rapids Civic Theatre is bringing a popular children's tale to life on the stage, "James and the Giant Peach."

It's a tale that's nearly 60-years-old and is still read to children everywhere. "James and the Giant Peach" has been adapted to both film and stage over the years, expanding the reach of the young boy who meets seven magically altered bugs inside a giant magical peach.

The cast from the production stopped by the studio to perform one of the musical numbers, "Shake It Up."

The Grand Rapids Civic Theatre is performing the musical from April 26 to May 5.