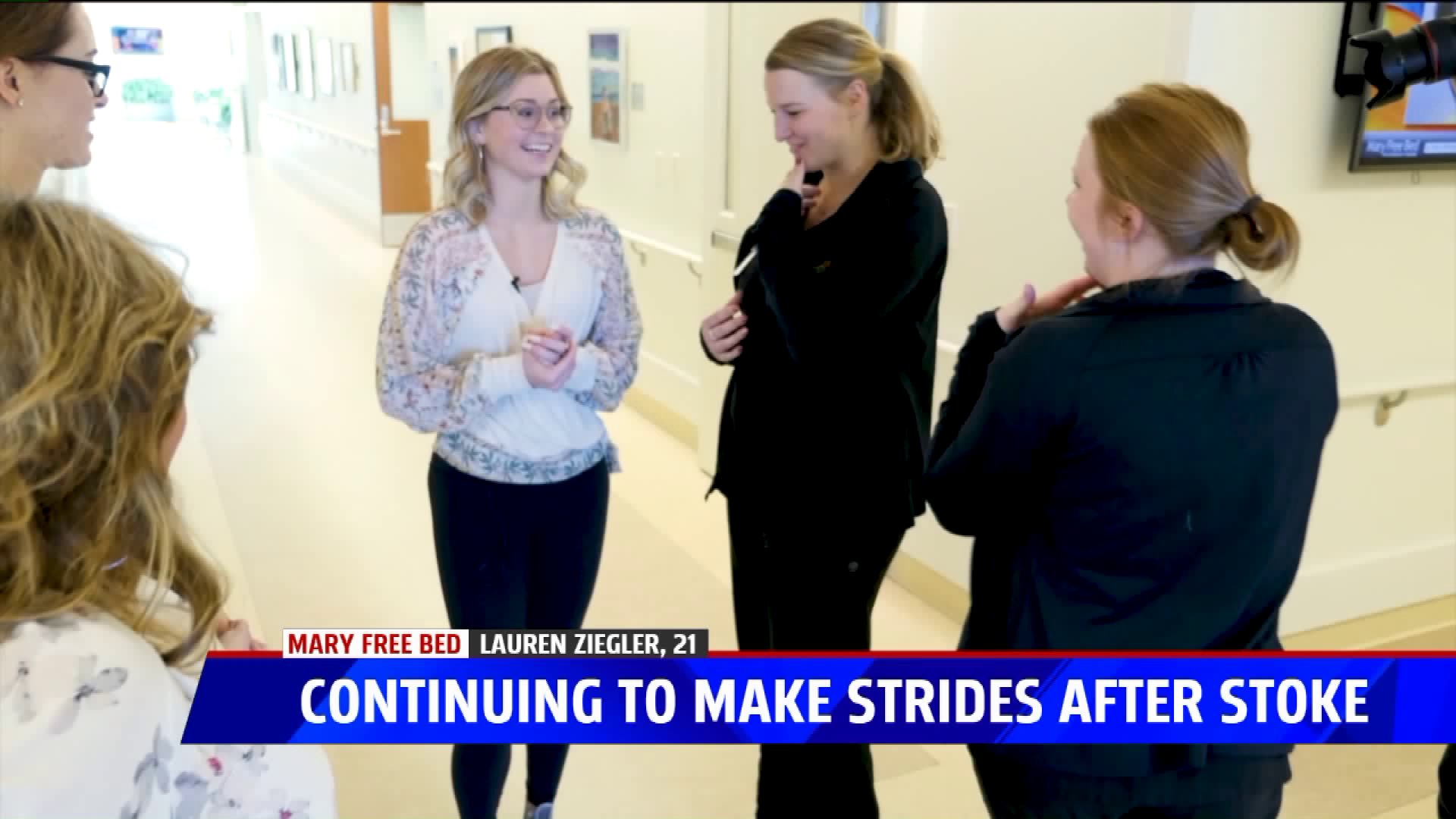 GRAND RAPIDS, Mich. — A former patient made a triumphant return to Mary Free Bed Rehabilitation Hospital to show the staff how far she’s come since suffering a massive stroke.

Lauren Ziegler is a 21-year-old student at Grand Valley State University who loves working out. In December, she kept collapsing while getting ready for class one morning.

Doctors determined she suffered a massive stroke, causing paralysis to one side of her body and other complications. Since then, Ziegler has fought her way back to regain her speech, strength and endurance.

She was back at Mary Free Bed Thursday to show the staff who helped her recover how far she’s come.

“I always think back to like when it first happened I was like, ‘well I will never be able to do the stuff again that I like? Will I be able to go back to school? Put my clothes on?’” Ziegler said. “But no one really worked with here made me feel like I was like not capable of getting back to where I wanted to be.”

She graduated from the program in January and recently hiked two miles to the Devil’s Bridge in Arizona. Ziegler says it was quite the accomplishment considering she wasn’t able to walk down a hallway just a few weeks prior.

“It’s amazing to watch, it`s so comforting to us that she`s going to continue to have a life and be able to chase her dreams,” said her mother Stacy Ziegler.

For now, Lauren Ziegler says she’s working on graduating from GVSU, and then plans on going to physical therapy school.