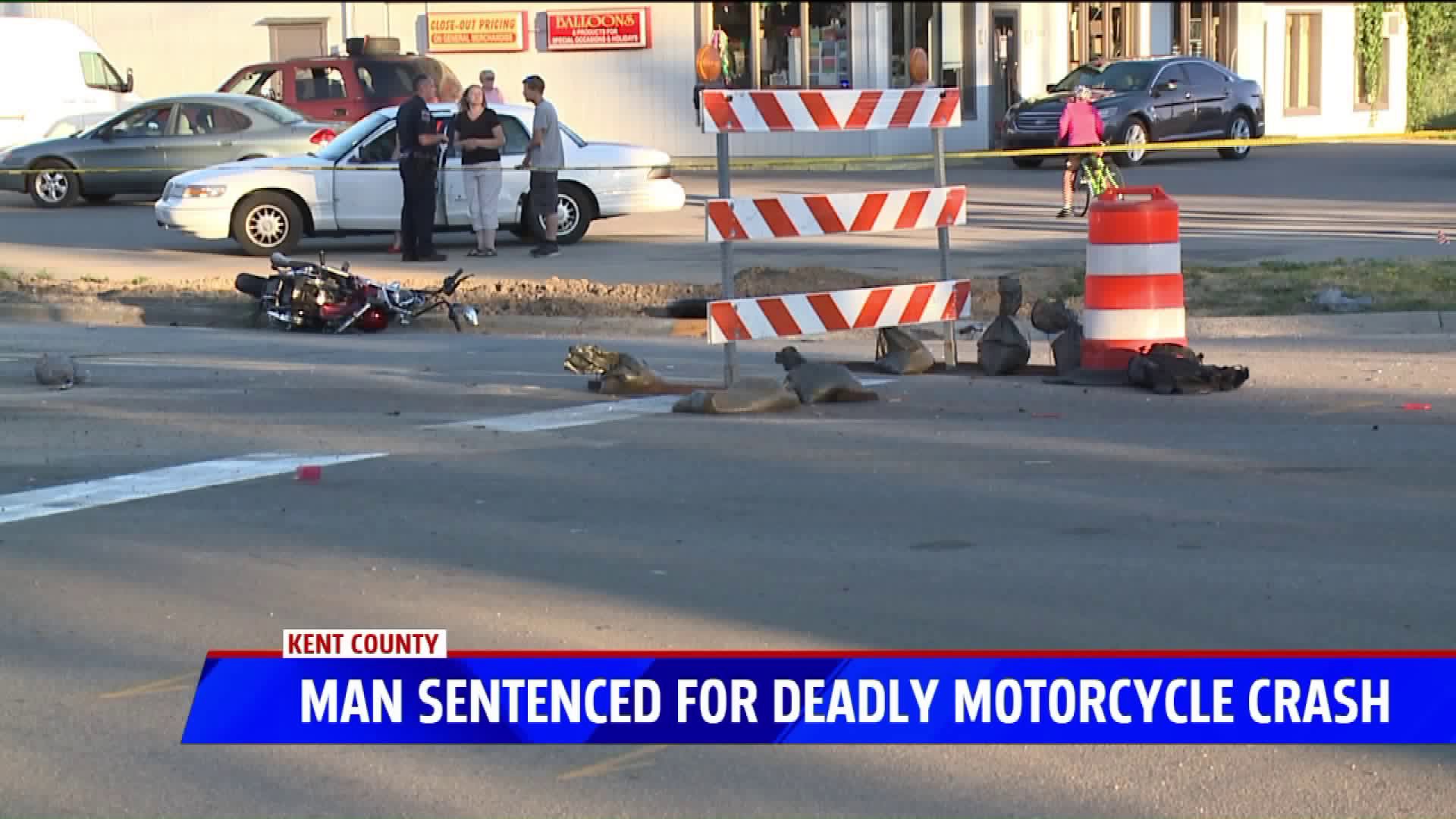 GRAND RAPIDS, Mich. — A man who pleaded no contest to a crash that killed a motorcyclist has been sentenced in the case.

Joseph Hileski was charged with operating while intoxicated causing death for his role in a July 2018 crash that killed 35-year-old Jacob Craft. Hileski was also charged with obstructing police for escaping the hospital he was taken to after the crash.

Hileski was sentenced Thursday in Kent County Circuit Court.  Judge Curt Benson spoke in length during the proceedings about how prosecutors were considering an additional 'tampering with evidence' charge before he accepted a plea deal in the case. According to Judge Benson, Hileski, while incarcerated, wrote a letter to his mother asking for her help in tampering with evidence in the case.

Hileski was sentenced to 17 to 30 years in prison. He received credit for 274 days already served.

On March 25, Hileski pleaded no contest to a charge of operating while under the influence causing death as a fourth-time felony offender. The obstructing police charge was dropped in exchange for the plea.

Police say Hileski drove through a red light at the corner of Wilson Avenue and Leonard Street in Walker, hitting Craft. Hileski was taken to the hospital following the crash, but then escaped from the hospital, leading to the obstructing police charge.

Court records show Hileski has a lengthy driving record of license suspensions dating back to 2001.