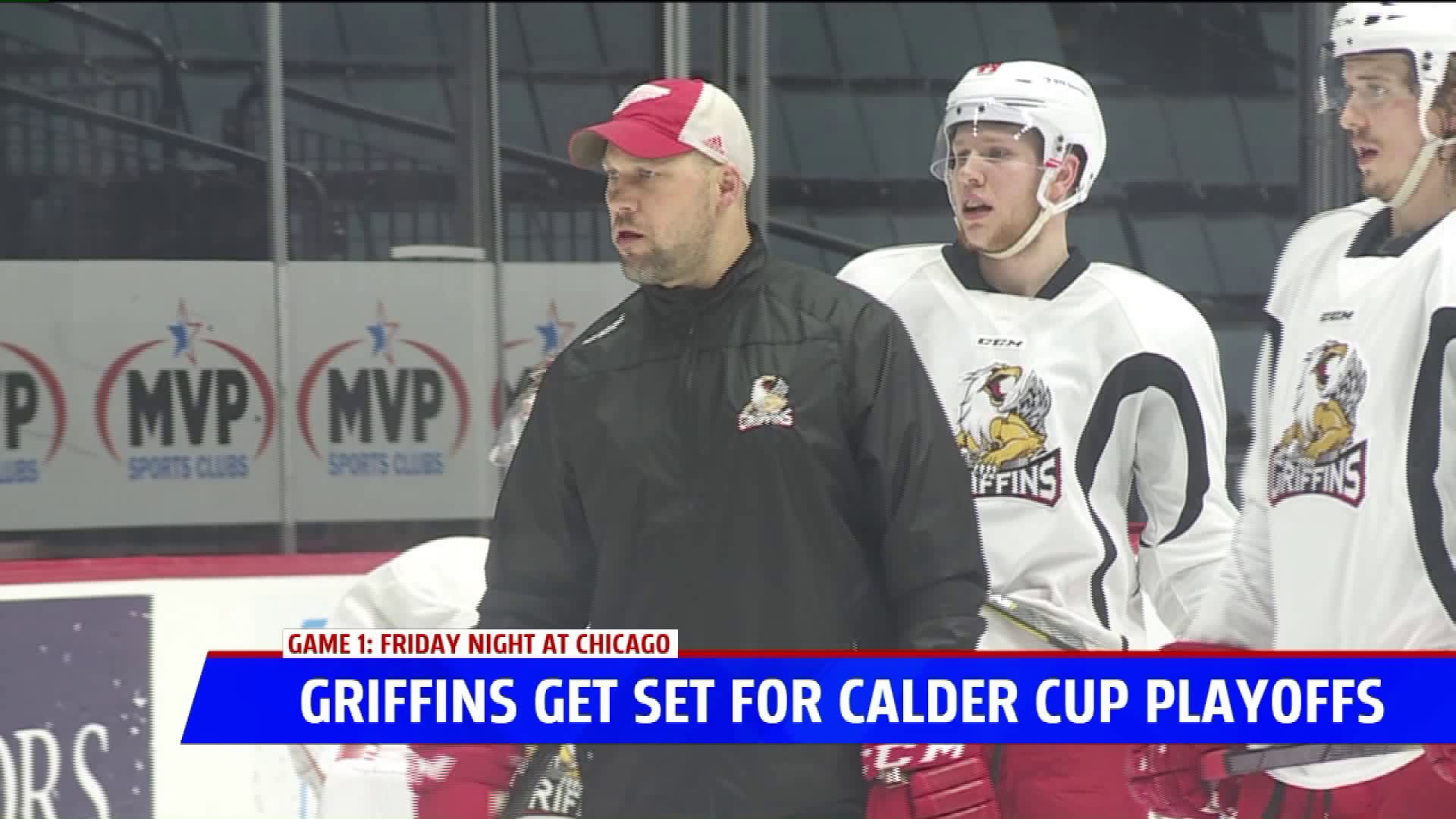 GRAND RAPIDS, Mich. -- Just weeks ago, the Grand Rapids Griffins were competing for a Central Division championship, but after a nine-game losing streak, they'll take on division champ Chicago on the road.

"It's a clean sheet," forward Chris Terrysaid. "We forgot about that nine games, it doesn't matter to us. It's about Friday. It's about how we feel right now and preparing on the ice the past few days. We're taking care of our bodies off the ice, and we're ready to go Friday."

Detroit Red Wings top prospect Filip Zadina has been quiet in the team's losing skid as well, but he is ready to go in his first postseason since being drafted sixth overall in the NHL Draft.

"For us, it's a new season," Zadina said. "It's the playoffs; anything can happen. We get to play the way we want, and we have to compete every single game. And we'll see what happens in the first round."