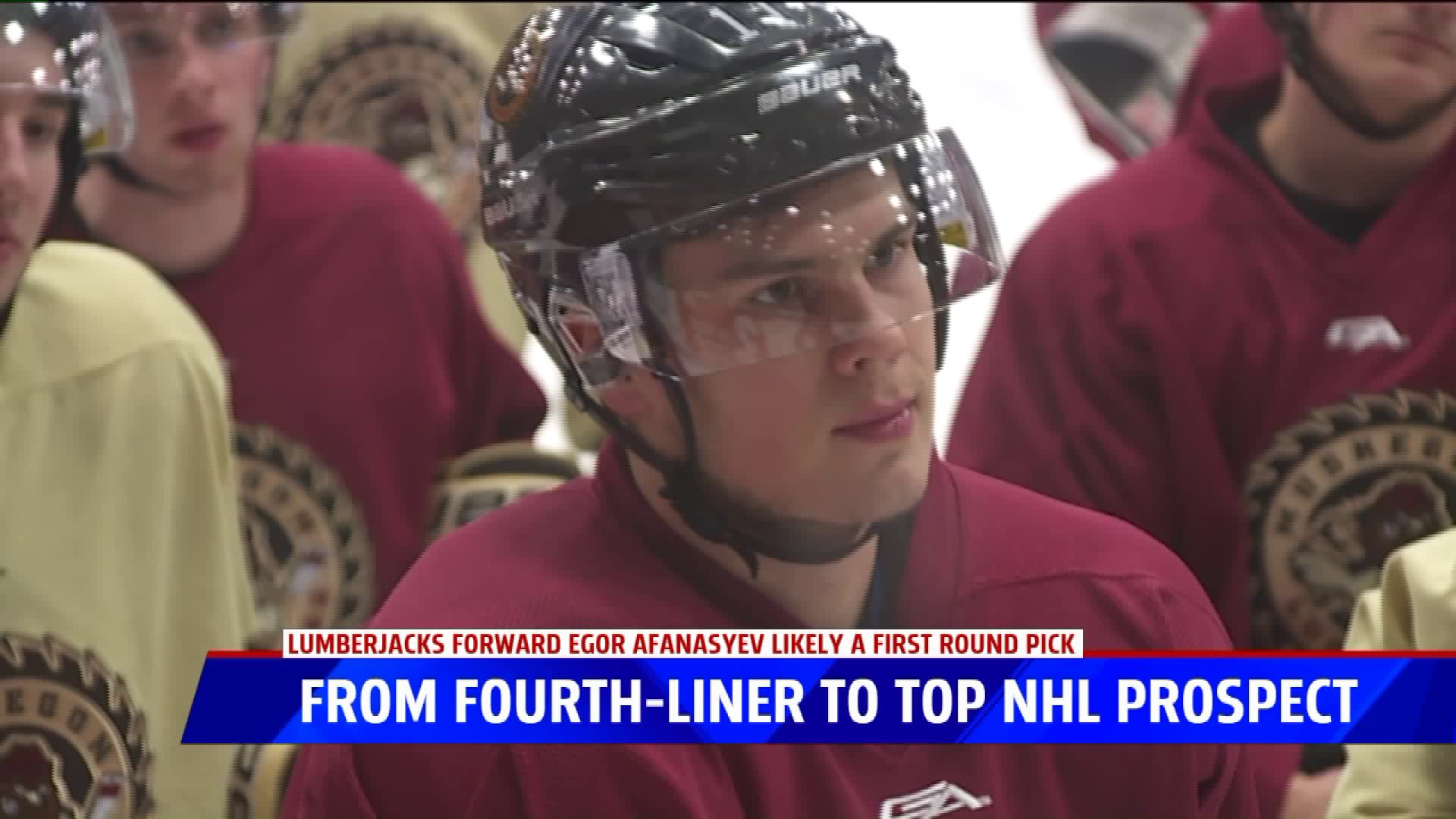 MUSKEGON, Mich -- The Muskegon Lumberjacks are no stranger to the NHL Draft. For the past few years, the team has seen several players get drafted into the league, including Andrei Svechnikov who was drafted second overall in the 2018 NHL draft. Now, 18-year-old Russian forward Egor Afanasyev could be next.

"It's what I've been dreaming of my whole life," Afanasyev smiled.

"Egor has been phenomenal," he said, "he's got an NHL shot and he can score from anywhere."

On Monday, the NHL released the 2019 Draft Prospect rankings and Afanasyev is ranked the 16th best skater in North America, as he continues to climb up draft boards.

"It was great to see him possibly be a first round pick in the NHL draft," Hamilton said, "he deserves it and he works hard. He has truly dedicated this season to working towards his defense and all areas of the game, not just scoring."

"Since day one, I think I've had the right mindset," Afanasyev added, "I've been grinding the whole summer for two and a half months."

This season is much different from last for the Russian forward who scored just six goals with the Lumberjacks last year. Now, in his second USHL season, he led Muskegon in every offensive category and averaged more than a point per game.

"I got more confidence because last year I didn't get a lot of ice time," Afanasyev said, "I was one the fourth line but this year I have so much more confidence and we have a much better team."

And the six-foot-four forward has a work ethic that will get him far at the next level.

"Egor is a workaholic," Hamilton added, "he's at the rink every morning, he's that guy that you almost have to tell him to go home every once in a while.

From a fourth liner, to one of the USHL's best goal scorers and a potential NHL first rounder, Afanasyev's future is extremely bright.

"He works for it, there's nothing given to him here," his coach continued.