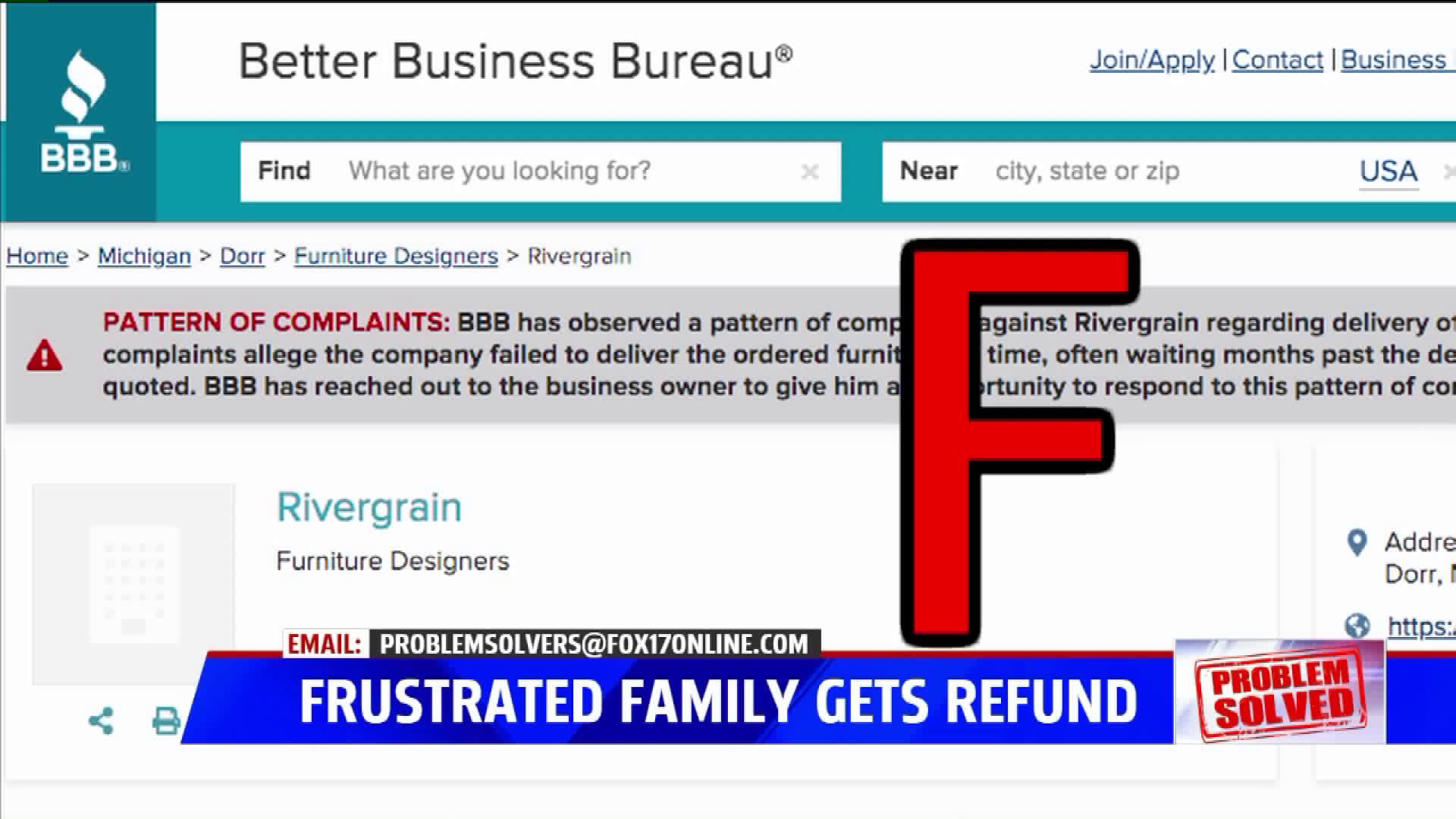 CEDAR SPRINGS, Mich. — It's problem solved for a couple left empty-handed after paying hundreds of dollars for custom made furniture last year.

Ian Kelley, the owner of RiverGrain, is accused of not delivering to several customers. After being contact by Problem Solvers, he's made good with a family in Cedar Springs while other alleged victims continue to come forward.

Customer Jim Tepin said, "After your broadcast, Ian reached out to me the next morning wanting to make things right."

Tepin and his wife said they received their $300 refund via Western Union. Monday, Tepin explained he paid Kelley in December 2018 to make a farmhouse bed for his daughter. The Tepins said they received empty promises in return for months, and that was followed by little to no communication.

"I appreciate reaching out to you guys. We were kind of frustrated at that moment, but I hope that between Ian and us that we've left things in a good standing," he said.

Tepin's not alone. His circumstance is part of a larger series of reported complaints against RiverGrain and its alleged practices. Numerous Yelp reviews and small claims court filings in multiple counties echo the same complaints against the company, and that's people who paid money to Ian Kelley in the past year or two and no product was delivered.

In some cases, some customers received a partial product and/or shoddy craftsmanship. Kelley also received an 'F' rating with what the Better Business Bureau calls a 'pattern of complaints.'

Monday, Kelley said he would refund those who reach out to him or deal with some in small claims court. Customers tell FOX 17 they've requested refunds for months on end and get the runaround.

Tepin said, "Whatever it is that (customers) need, I really hope that Ian works with them and either delivers the product or a refund and works with them on a method of a refund."

Customer Sandra Kohnke, who was also part of the original story, said she heard from Kelley as well about a potential refund. But again, she's received nothing at this point.

FOX 17 reached out to Kelley about having refunded the Tepins but haven't heard back. Over the past couple of days, FOX 17 has since heard from several more people who have similar complaints.