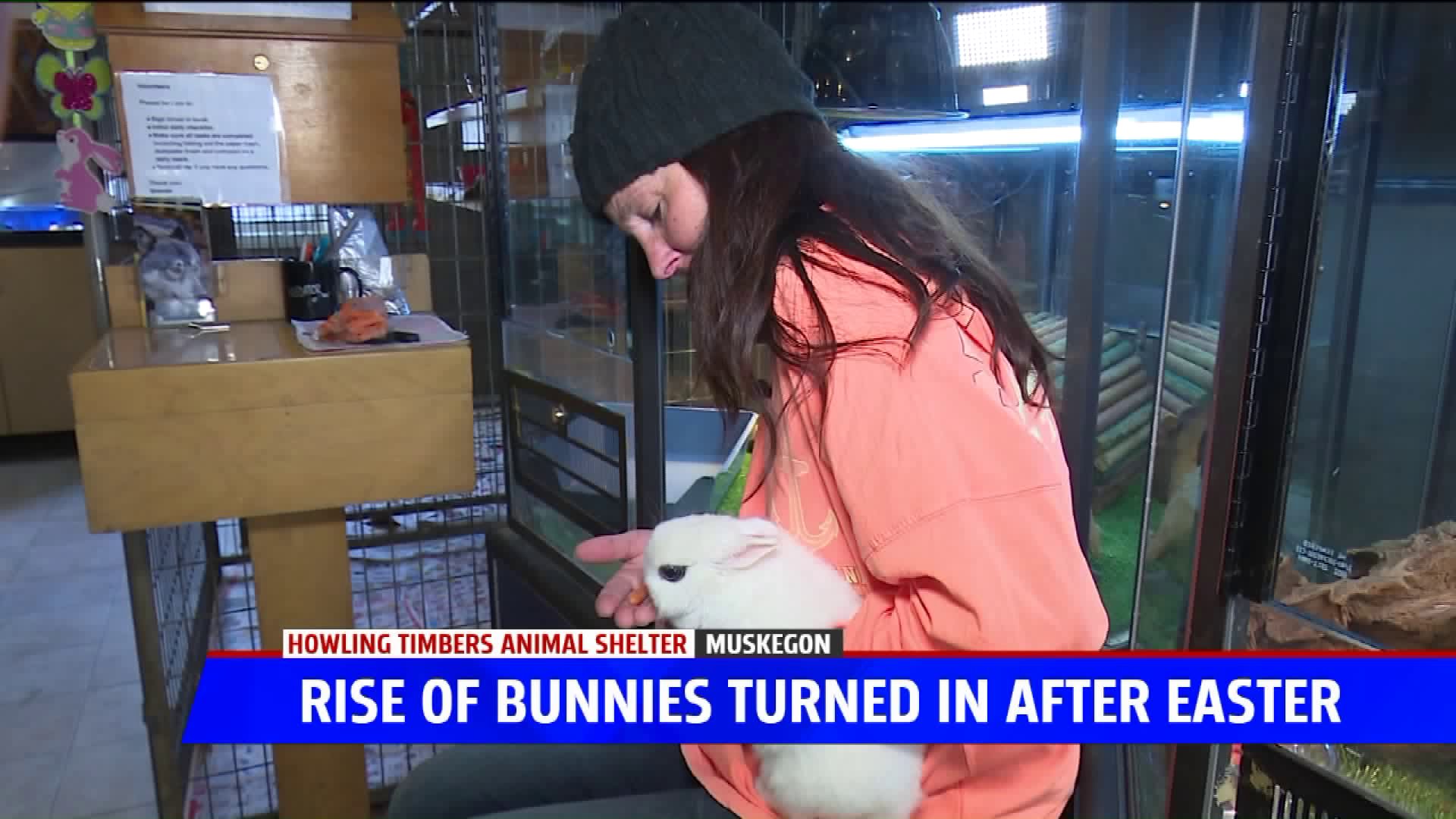 MUSKEGON, Mich.-Bunnies are often associated with Easter. But, it's what happens to them after the spring holiday that is alarming a Muskegon Animal Rescue shelter.

The weeks leading up to Easter, as you can imagine, the little guys go flying off the shelves. But, it's the couple of days after that the staff at Howling Timbers say they become indebted with calls wanting to return them.

"When people think of Easter they always thought of chicks ducks and bunnies and so they think that their kid has to have a live one versus a chocolate one," says Brenda Pearson of Howling Timbers.

It's no secret that bunnies and Easter go hand in hand.

But Pearson says it's the days after the holiday that she notices the slow decline of affection towards cotton tails.

"They just pretty much do two things eat and then the other," says Pearson while laughing.

Pearson is caring for four bunnies right now but she says as Easter comes and gos she expects to take in more.

"People find out that they're quite messy. Rabbits are one of the dirtiest animals that we have as far as cleaning their cages and they're also very expensive to spade and neuter," Pearson says.

Though they can make for great pets, the staff at Howling Timbers say do your research before making the quick purchase.

Seems like a lot. But, Pearsons says just like cats or dogs, adopted rabbits and bunnies need love too.

"Those animals know that they're getting a second chance at life and it seems to me like animals that are adopted are more loving and appreciative of the home that they have and it definitely keeps an animal from being euthanized if a place doesn't;'t have enough space to keep them all," says Pearson.

If you'd like to adopt a rabbit or bunny you can stop by this link to the humane society or this one for Howling Timbers for more information.