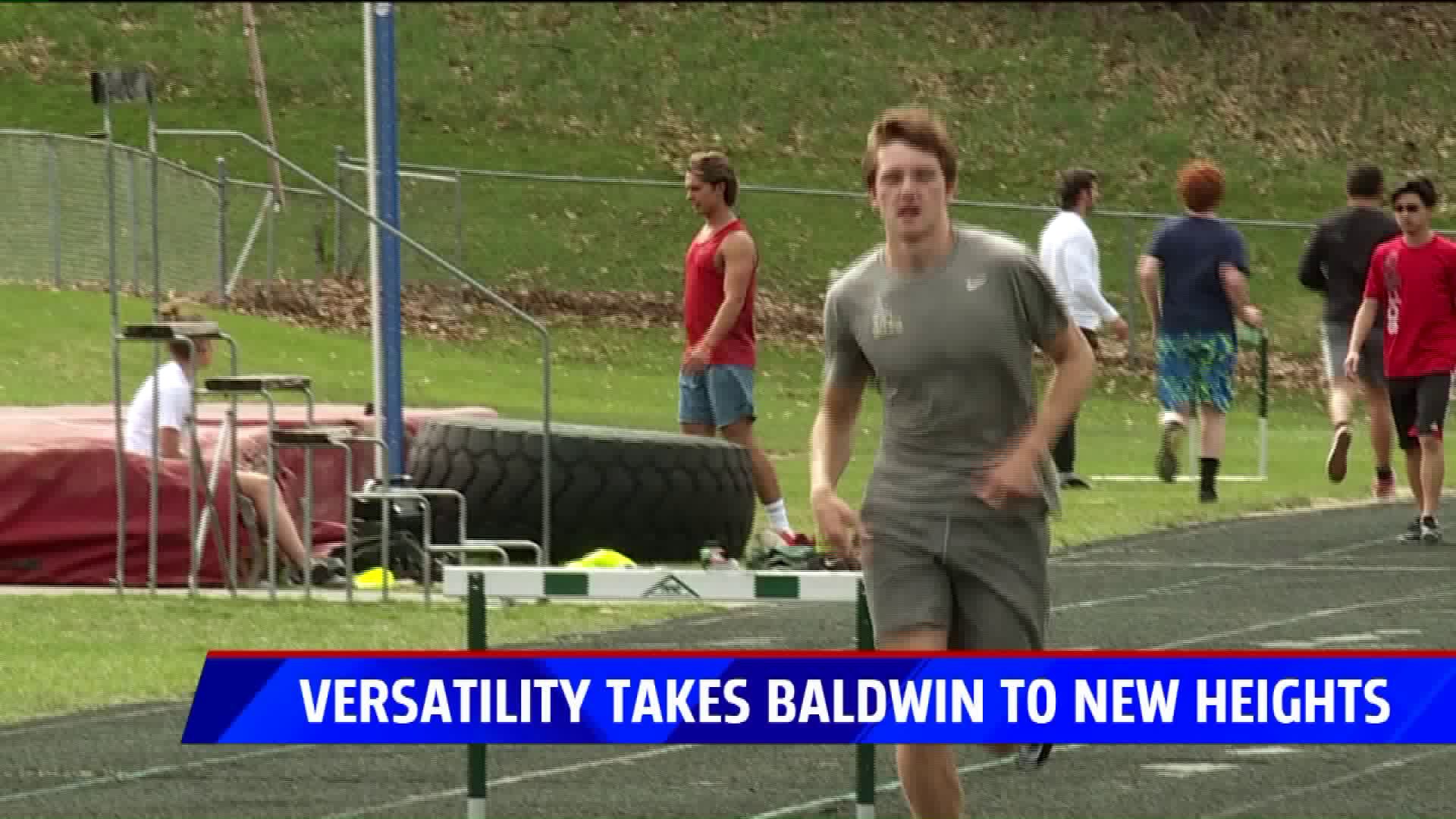 Next year he will attend the University of Michigan on a track and field scholarship, where he will compete in the decathlon.

"I guess a lot of people going into the decathlon have only done the main core events," Baldwin said. "If you have three or four of the core events down, then they recruit you." He noted that he could learn other events if he's perceived as being athletic enough.

He's got the core events down, winning the state championship last spring in the 110-meter hurdles and the long jump. He also scored in the high jump as well as the 300-meter hurdles.

"This year so far I've kind of been going off in the high jump," Baldwin added. "So I would probably say high jump is my number 1 right now."

Baldwin says he has added five and a half inches to his high jump from last season, and he wants to go even higher. He attributes his improved to "a lot of weight training this offseason."

"My legs are a lot stronger and (I am) really starting to understand the acrobatics of getting over the bar and bending."

The decathlon involves 10 different events, some that Baldwin has never done. But many believe he can pick them up quickly because of the way he has been so successful in so many different sports in high school.

"It's helped make him a more well-rounded athlete," said Simon Cholometes, Hackett's third-year track coach. "Some of the skills he developed in those other sports have helped to transfer over, and he does a diverse group of events so I think those other sports definitely helped with track and field."

Baldwin caught 50 passes, 18 for touchdowns, as the Kalamazoo United football team had an unbeaten regular season and won a district championship in the fall.

He also helped the Irish basketball team to a 54-10 record and a pair of conference titles the past three seasons. This past winter, he averaged more than 20 points per game.

"A lot of the techniques from all the different sports translate over," Baldwin said. "It helps you out a lot in every sport. It makes you better at all of them."

His athletic prowess has not gone unnoticed. Baldwin is one of six nominees for the Detroit Athletic Club's Athlete of the Year.

"It's an honor to be recognized as one of the top athletes in the state,"  Baldwin said.  "I wasn't really expecting that. Our office person gave me an application, and I filled it out real quick, turned it in, and then they called me back, and I was one of the top six."

The winner will be announced at a banquet on Monday, May 13.