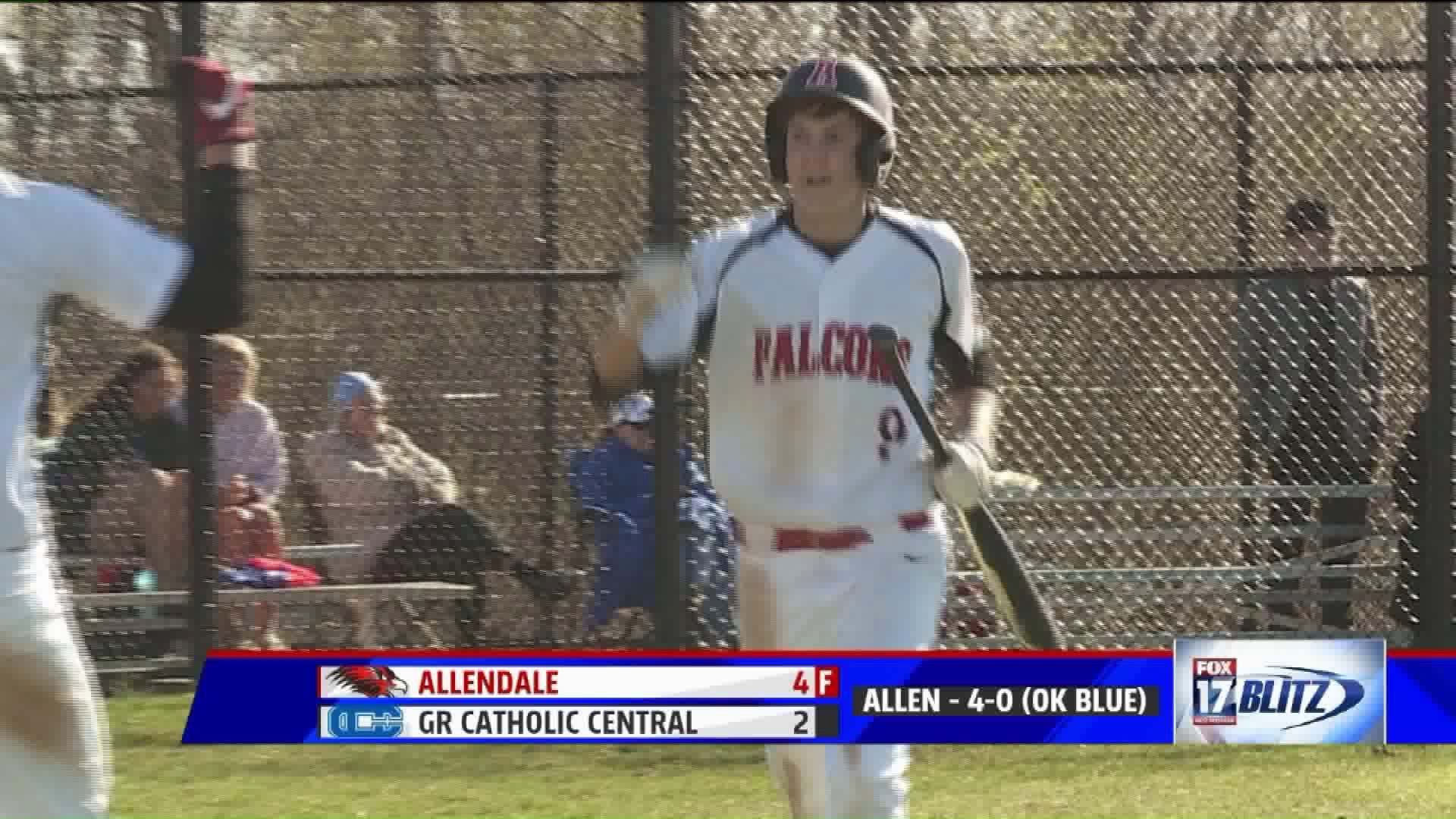 The Falcons take game one of an OK Blue doubleheader

GRAND RAPIDS, Mich -- Jared Grasman scored a run and drove in a run for Allendale as the Falcons topped Grand Rapids Catholic Central 4-2 in the first game of a doubleheader Tuesday at the CAT.

It was a single from senior left fielder Mason Vredeveld that brought Grasman, a junior third baseman, home in the top of the second inning, the first of two runs in the frame.

CC answered back with a run on a sacrifice fly from Jake Passinault in the fifth to cut the deficit to 2-1.

Allendale got a run back in the top of the fifth on a Grasman single that scored senior shortstop Jeremy Wiersma for a 3-1 lead.

The Falcons got an excellent effort from senior Alex Stephens on the mound in the win.

Catholic Central won the nightcap 7-6 to improve to 6-1 in league play.  Allendale is now 4-1 in the OK Blue as the teams will wrap up the three game set with a single game at Allendale on Thursday afternoon.