Stevensville couple looking for family heirloom that ‘cannot be replaced’ 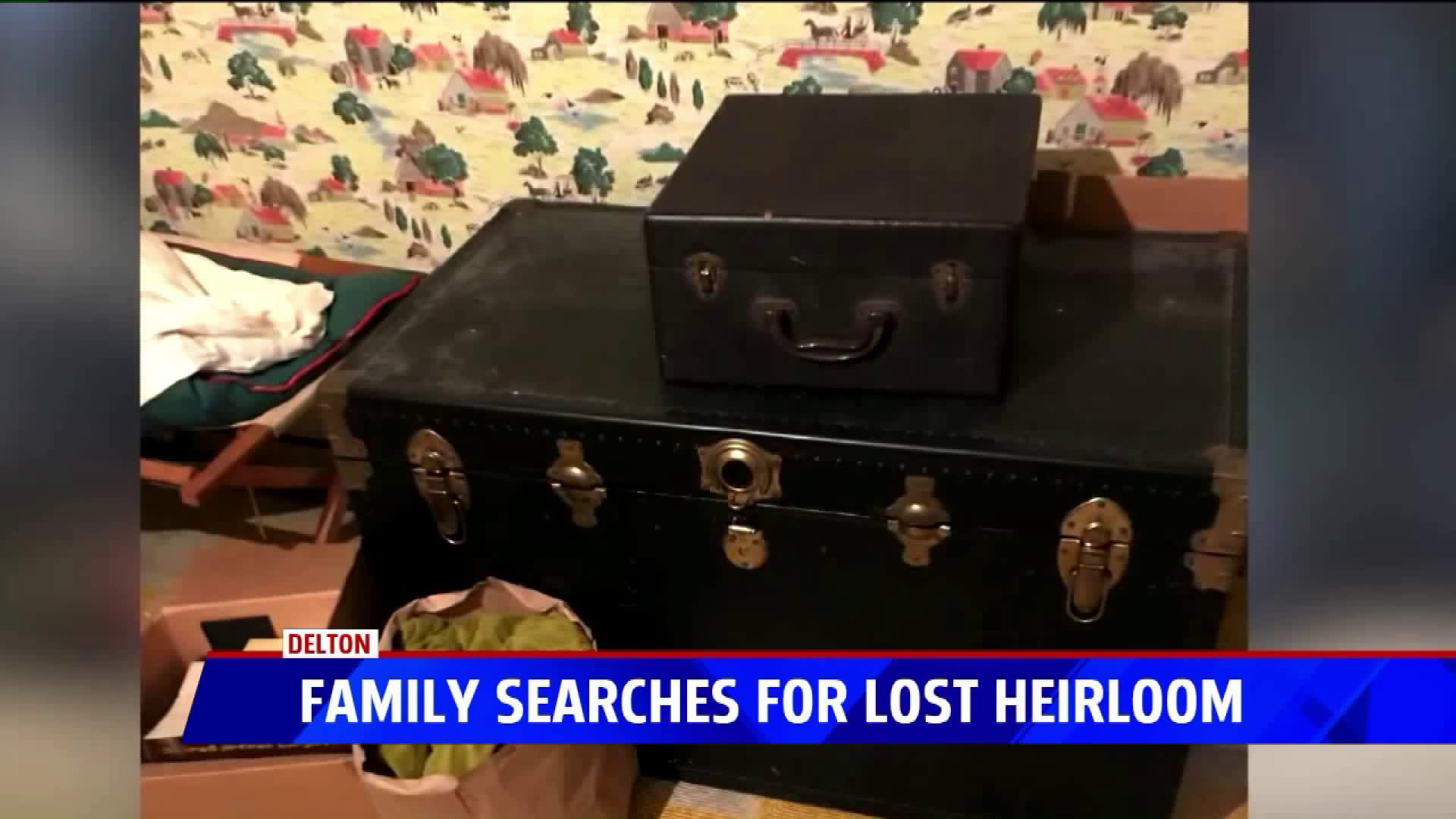 Couple in Stevensville looking for family heirloom that "cannot be replaced"

STEVENSVILLE, Mich. — When Frank Kania immigrated to America in 1914, he was just a teenager, said his grandson Virgil Cimala. He put all of his belongings into a black steamer chest and left Poland forever.

“They came across on a steamship when he immigrated to Chicago approximately 110 years ago,” Virgil said. “Then that chest was handed down to the family.”

Virgil said Frank stayed in Chicago, became a janitor at a local church and had a family. Decades later in 1968, Frank’s daughter Veronica moved her family, including little Virgil, to Delton, Michigan where the family owned a restaurant.

Virgil said he remembered always seeing the chest in the house but didn’t know how significant it was.

“There’s so many countless pieces of furniture in that house, furniture over 100 years old,” he laughed. “I just grew up use to looking at it.”

Since early April, he and his wife Sue haven’t seen it. They said it was purchased during an estate sale at their home in Delton. They’ve since been looking for it everywhere.

“For us, family history is very important,” Sue said. “We treasure memories and that cannot be replaced.”

Sue said they had to have an estate sale after Veronica passed away last summer. They couldn’t keep the house. So relatives grabbed what they could from it and put the rest up for sale, using a third party to hold the two-day event.

However when they realized it was gone, they immediately began their quest to track it down Sue said.

“We like called the person immediately and they said it’d already been sold,” Sue said.

A young girl bought it, Virgil said. They were devastated, considering someone also bought his mother’s locket which he was hoping to give to Veronica's granddaughters some day.

“It might just be a piece of jewelry to someone else,” Virgil said about the locket that had a picture of his mom in it when she was in her 20s. “But to us it’s a picture of my mother.”

The Cimalas haven't stopped looking for both items, they said. They’ve put up flyers everywhere in Delton. Sue even posted a picture of the chest on Facebook. Immediately it got close to 2,000 shares, which they're thankful for. They're hoping someone will see it and get it back to them, which they're willing to pay for.

“If there’s anything I would like to say to the public is let your children know or keep a record of something that is a family heirloom so that that can be retrieved and not sold,” Sue said. “It’s so important to keep family history, family memories within the family.”