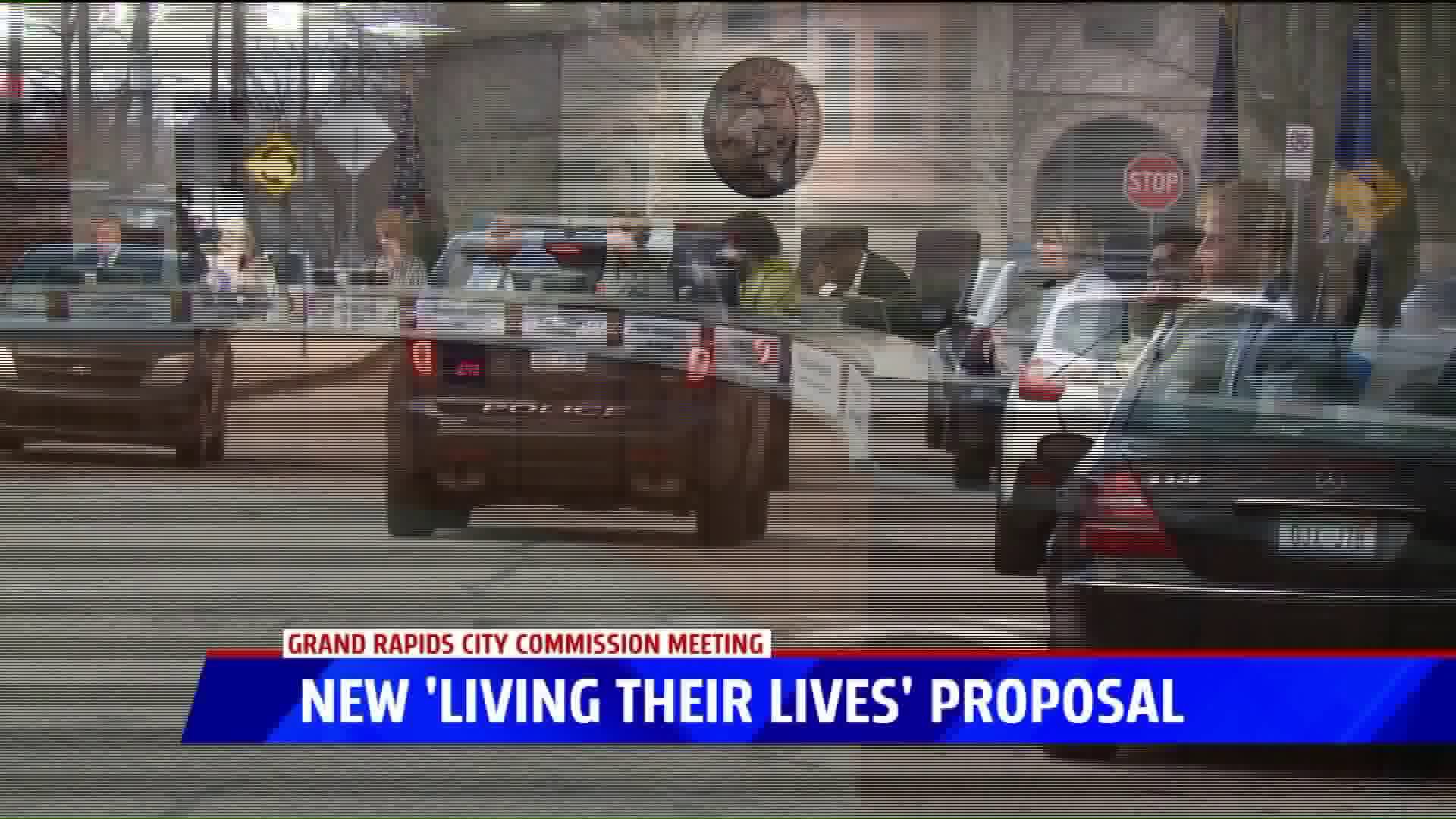 GRAND RAPIDS, Mich. — Dozens packed the Commission Chamber Tuesday night to voice their opinion on a proposed ordinance that would make it illegal to racially profile people and call police for "participating in their lives."

If passed, the ordinance would make it a misdemeanor to racially profile people for living their lives and could result in a $500 fine. Police and dispatchers would also receive training to ask questions about why a call is being made.

Supporters argued those who have a racial bias need to be called out.

“We are being dehumanized, whether we are disabled, we are gay, straight, lesbian, white, black. We are being dehumanize and we need to come together as a community, and I believe this ordinance is the start,” a supporter said during public comment. “Do I think it will fix things? No, it will not. It will not automatically fix everything; however, it is the start of a new beginning.”

This is a PACKED meeting. Public comment opened up a few minutes ago here @CityGrandRapids. People for and against the proposed human rights ordinance came out for tonight’s City Commission meeting. @FOX17 pic.twitter.com/z78ng7XFh1

Those in opposition say the ordinance would become redundant.

“We do have the letter of the law, that just needs to be enforced a lot more,” a public commenter said. “Our legislative body needs to really, really consider, is all the laws and all the people and just hear their voices, I don’t think, as someone spoke well, more legislation is just more bureaucracy, that’s the way I see it.”

Grand Rapids would be the first city in the state to pass such an ordinance.