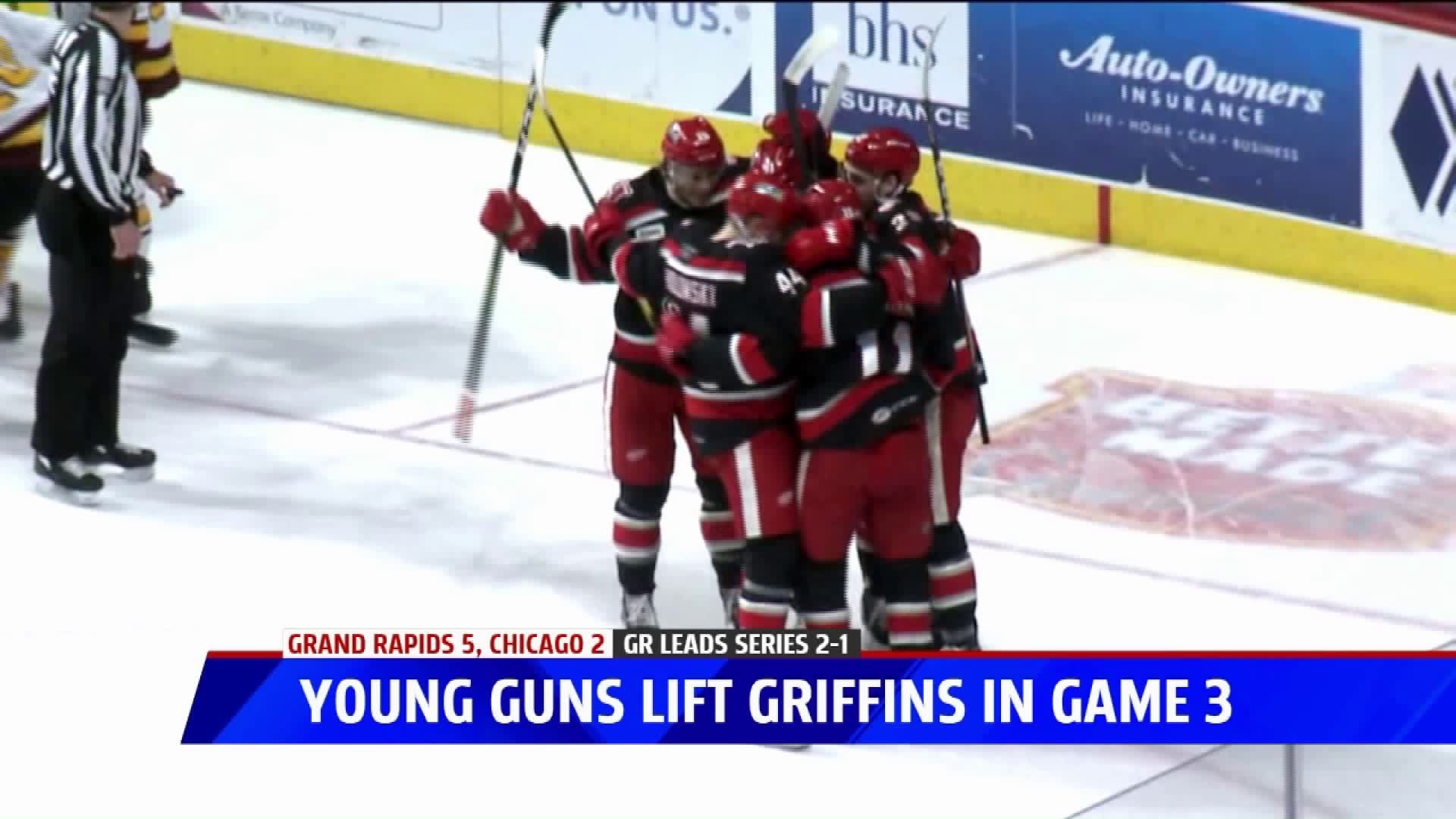 The game was delayed 57 minutes prior to the start of the third period as the ice was being attended to.

Filip Zadina scored two of the four Grand Rapids goals in the second period to snap a 12-game streak without a goal.

Martin Frk had a goal and two assists in the game.

Dylan McIlrath was assessed a five minute major penalty and ejected from the game for a high hit on Tyler Wong in the first period.  That was followed by several fights and altercations throughout the rest of the game.

The Griffins now lead the series 2-1 with game four scheduled for Wednesday night at Van Andel Arena. Grand Rapids can advance to the Central Division finals with a win.