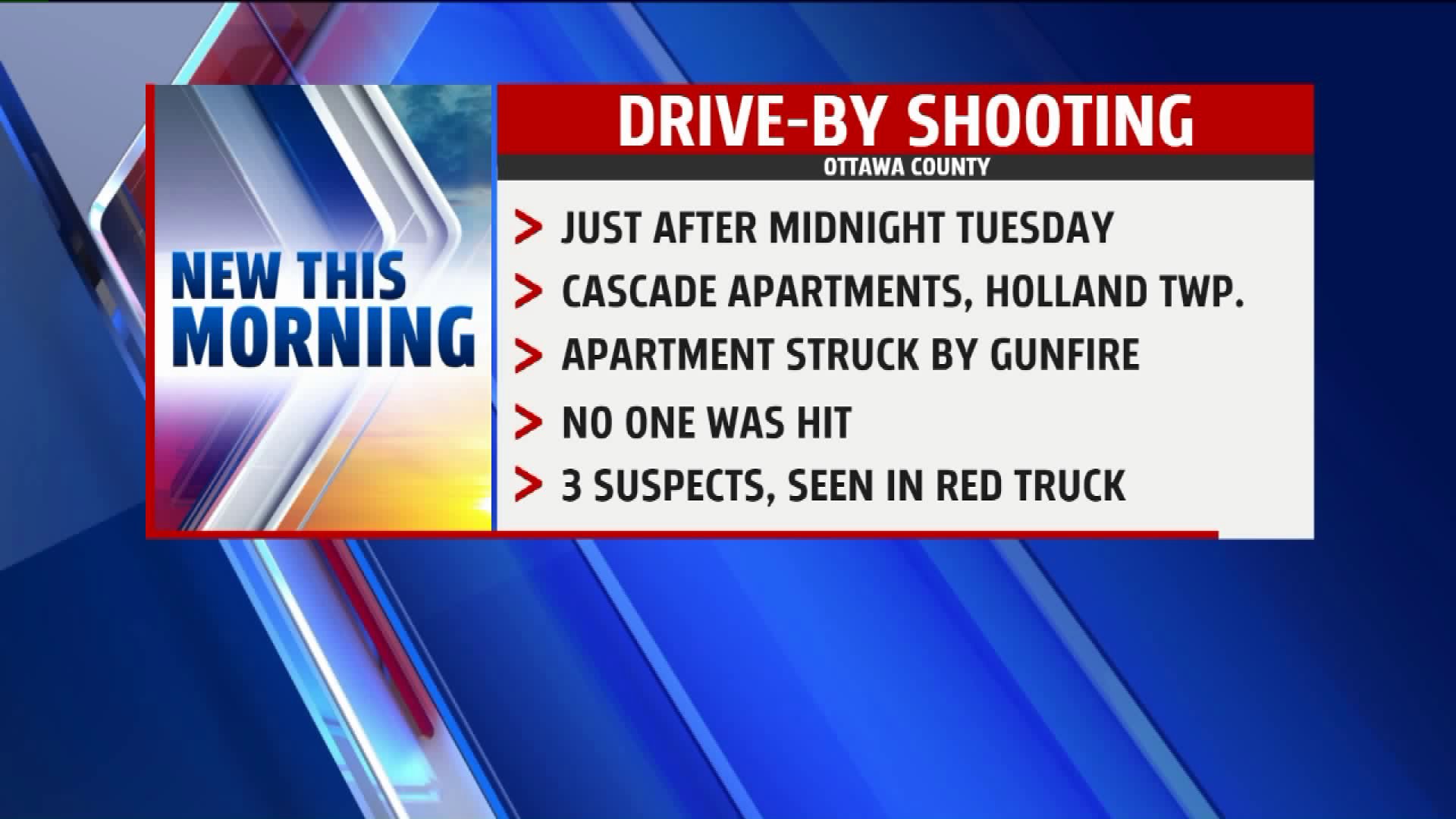 HOLLAND TOWNSHIP, Mich. -- Police are searching for as many as three men who are accused of firing shots towards an apartment from a truck.

It happened around 12:34 a.m. Tuesday in the Cascade Apartments, 13646 Cascade Drive, in Holland Township.

No one was hit by the gunfire, but the apartment was struck several times.

The three male suspects were last seen driving in a red pick up truck.