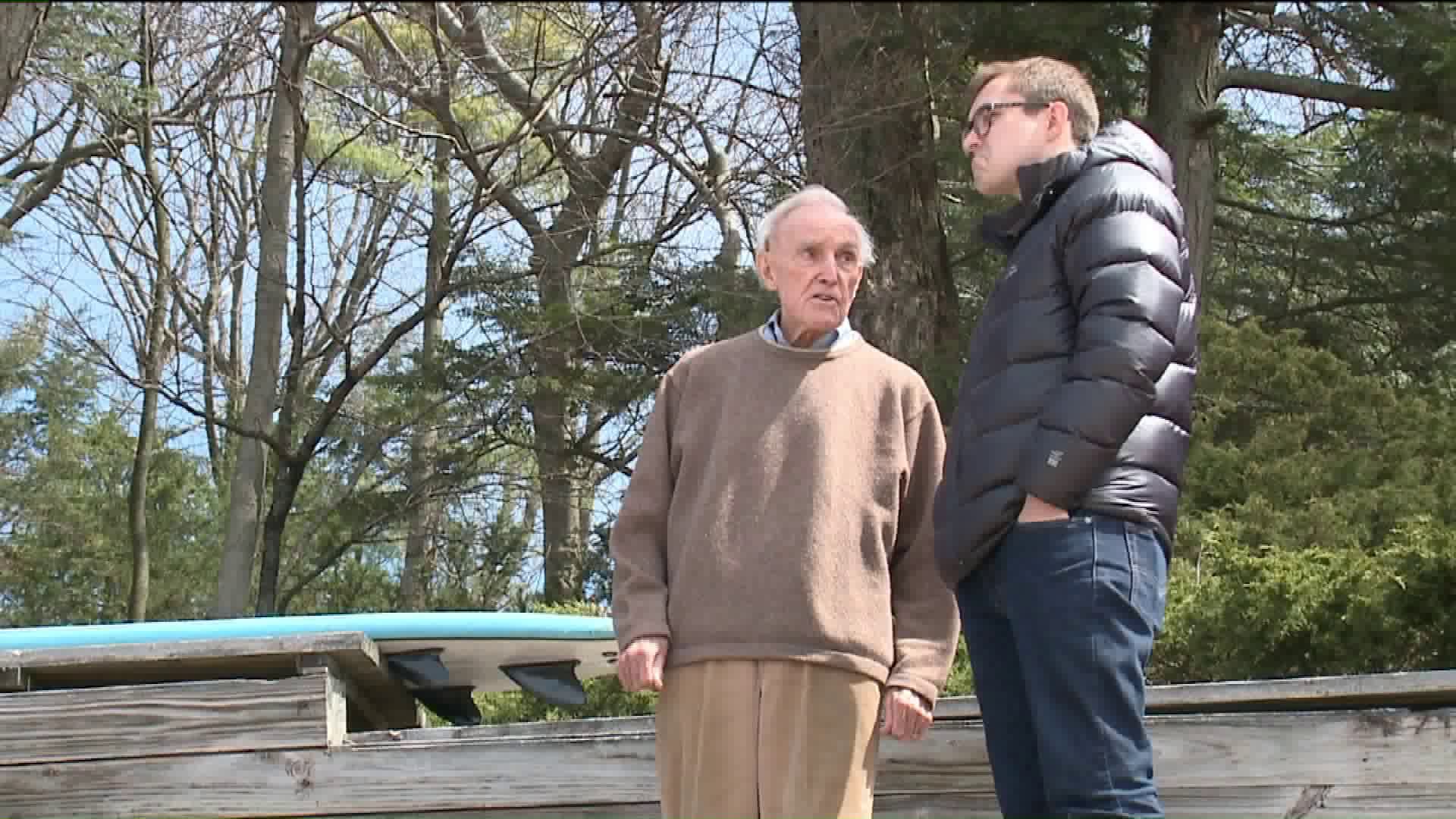 GRAND HAVEN, Mich. — A 93-year-old West Michigan man is credited with starting the modern era of surfing in the Great Lakes.

David with his original balsa board

FOX 17 spoke to David Seibold Wednesday about his life and how a career dentist contributed so heavily to the history of extreme sport.

Seibold says it all started in Daytona Beach.  He was a young athlete on the Michigan State University varsity swim team and they were there for a meet. He says he and a couple teammates went out into the surf and learned to body surf.

But it was after graduating from dental school that David moved to Hawaii with his wife Dottie and rented an actual surfboard.  He says he only ever rented a single board, deciding instead to construct his own with a friend.

David at his home in Grand Haven

"I wasn’t very good at surfing on a board but my classmate came out there in the navy and he wanted to build a board and asked me if I would too, so the two of us built the board."

They would build the boards out of balsa wood.

"After the war, they (balsa) were piled up by the hundreds at Pearl Harbor and so you could pick one up for $15 and the price sounded good to me. So my friend and I built the two boards and I began surfing out at Waikiki."

David and his young family would eventually relocate to Grand Haven.

"Dottie flew back to our home in Jackson and I took the long way back on a 54-foot sailboat.  It took us 24 days to get here. I brought the board back in the sailboat then put it onto the plane and got it here ... and then I started surfing in 1955 when we moved here."

Showing us around his Grand Haven home

David says people were aware of the surfing craze in Grand Haven, but people just weren't doing it when he brought his board back from Hawaii.

"I think surfing was a Hawaiian phenomenon and most people were familiar with it because it was good to photograph and there were some very goof surfers, they grew up with it, I think the kids were on some kind of belly boards but that was mostly in the shallow water for the young kids. But surfing, no there was no surfing of any kind on the lake till that board started surfing."

David says his three kids would eventually make his balsa board their own, playing with it throughout their childhood.  All of his children ended up on the varsity swim team at Michigan State.

Today, David leaves a Styrofoam surfboard on the beach in his front yard for any neighborhood children to use whenever they want.

Still swimming about 200 meters a day, David remains as active as ever.

For more information about surfing in Grand Haven, you can visit the Tri-Cities Historical Museum.