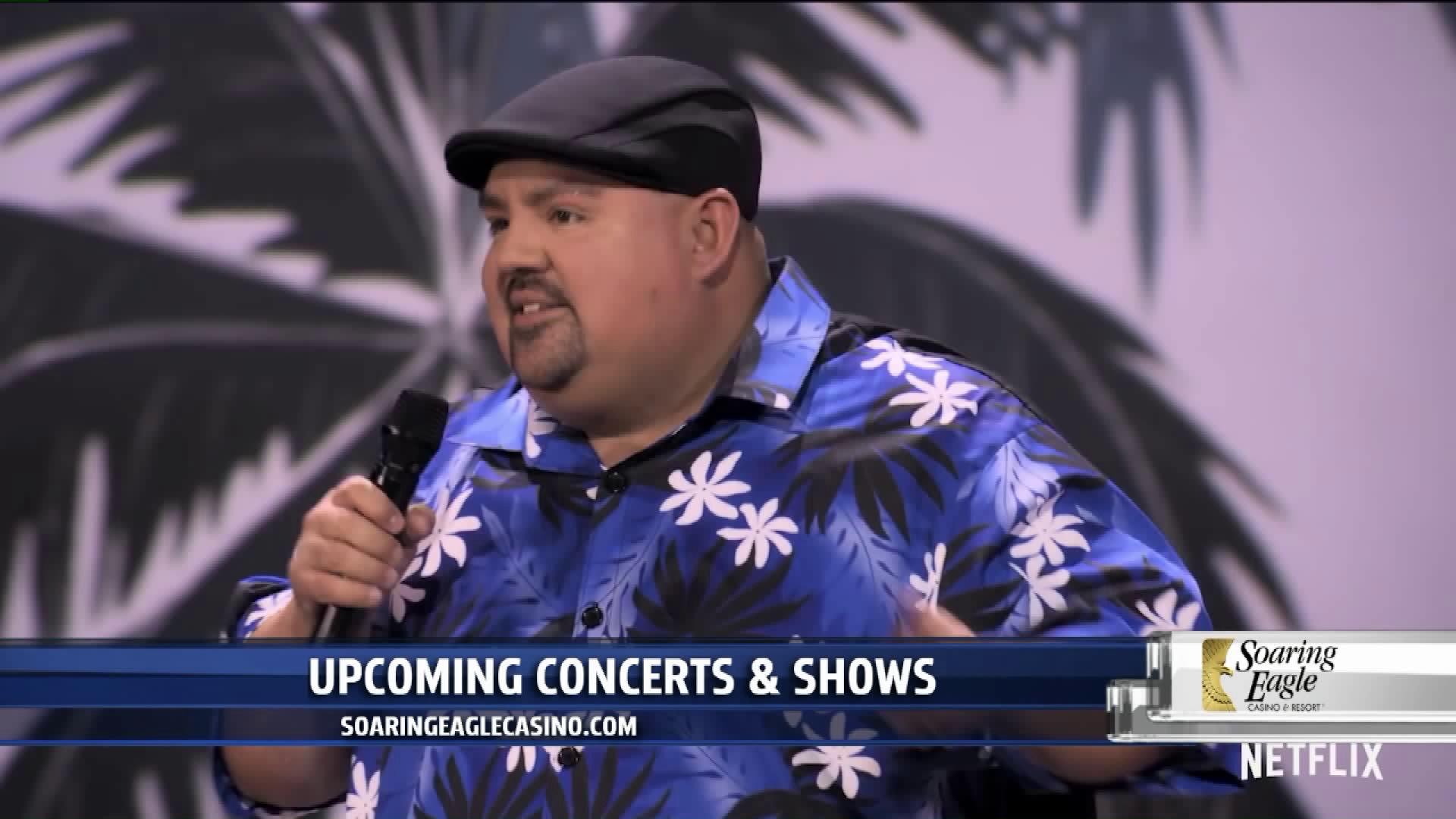 Spring is here, with Soaring Eagle Water Park and Hotel is celebrating the warmer weather with some hot deals!

Here’s another great deal to dive into ‘April Showers’.  Stay Sunday through Thursday for one low price starting at $119 per night. Water park passes are included too! This offer is available now through April 30.

Speaking of hot deals over at Soaring Eagle Casino, they’re prepping for all the comedians, musicians, and other performers coming to the stage this summer.

Hey, it’s Fluffy! This Friday, tickets for comedian Gabriel Iglesias will go on sale at Soaring Eagle Casino! He’s one of America's most successful stand-up comedians, selling out venues around the world. His mostly clean comedy appeals to audiences of all ages and walks of life, especially when it comes to food. He’ll be performing at Soaring Eagle on June 30.

Another comedian taking the stage on May 4: George Lopez! He’s known for starring in his self-produced sitcom `George Lopez`. He`s also received several awards for his work including the 2003 Imagen Vision Award and was named one of the 'Top 25 Hispanics In America' by times magazine in 2005.  Tickets start at $49

On May 11, New Edition members Ronnie Devoe, Bobby Brown, Rickey Bell, and Michael Bivins are in town for their "Four the Love of it Tour". This American R&B group formed in 1978. They are best known for some of their songs including "Cool it Now" and "Candy Girl.".

Coming to Soaring Eagle Casino and Resort on June 1, Criss Angel. He has dominated the world of magic for over a decade. "The Mindfreak Unplugged" is a theatrical experience unlike any seen before; bringing Angel`s famous sleight of hand street magic, mentalism, and even some of his most iconic illusions to life, all performed in an intimate, raw setting.

Collective Soul is celebrating their 25th anniversary! Ever since their emergence, the band helped shape and define alternative rock with lots of guitars and attitude. Over the past two decades, they`ve had a catalog of Number 1 hits under their belts. They`ll perform June 14.

Grammy award-winning pair Jennifer Nettles and Kristian Bush are refreshing their musical visions while staying true to an authentic sound that as made Sugarland, one of the best country duos. They`re now set to take their tour to the casino and resort on June 28. They`ve sold nearly two million albums since 2002. They`ll be joined by special guest Eli Young Band. Tickets start as low as $25.

In July, 311, Dirty Heads, and Five Finger Death Punch will be headliners.

Charlie Wilson and the Isley Brothers will be at Soaring Eagle on July 19, and tickets are now on sale. Wilson is singing songs from his latest album "In It To Win It" which includes a 2019 Grammy nomination for best traditional R&B performance for the track "Made For Love."

You can purchase tickets for all these shows at etix.com, and see who else is taking the stage this summer by going to soaringeaglecasino.com.

Another themed weekend is coming this weekend, Story Time Weekend on April 26 and 27. Kids can enjoy storytime with Nokomis and make several crafts. Also, there will be Dr. Seuss Bingo.