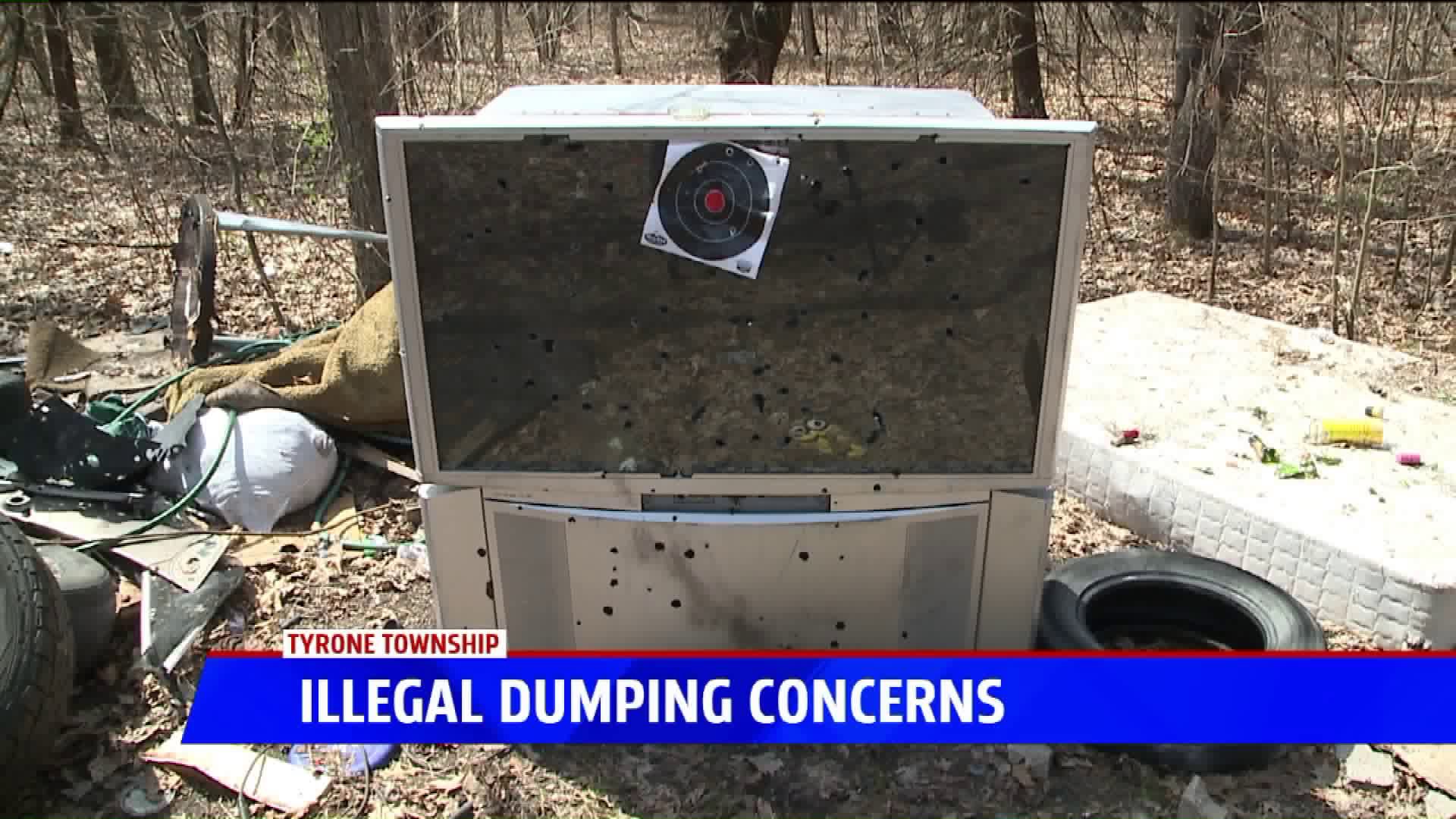 Eva Miller-Videtich, who lives near Kent City, says she has found several couches and tires illegally dumped onto public land.

"One day, as I was walking by, I noticed these couches and I thought, I wondered whose responsible for picking those up because I physically could not go back there and do it myself,” she said.

Miller-Videtich says she routinely picks up trash off the road near Rogue River State Game Land, and even adopted the road as her designated space to clean up. But when the size of the trash was too much for her to take on, she reached out to several entities to get help.

Despite her inquiries, she had a hard time figuring out who is responsible for cleaning it up.

"So, it was a series of phone calls to see who was responsible for picking up this area,” Miller-Videtich said.

She reached out to officials in Tyrone Township and the Michigan Department of Natural Resources.

On Wednesday, Tyrone Township Supervisor Bob Sarachman drove to the area in question after hearing from Miller-Videtich.

"Have you ever caught yourself saying 'Who does that?' Or, 'why do people do that?' Ya know, that's the thought that comes to my mind. Most people, and I'm just going to use the number 90% of folks are pretty good stewards of the land,” he said.

However, he says dumping in rural areas in a common occurrence. The DNR echoed that sentiment, saying it’s a constant battle, but one they say they will eventually take care of.

Miller-Videtich wants the people who live in the area to take care of their own trash.

The DNR says it plans to get to the area in the coming weeks now that the right people are aware of the issue.