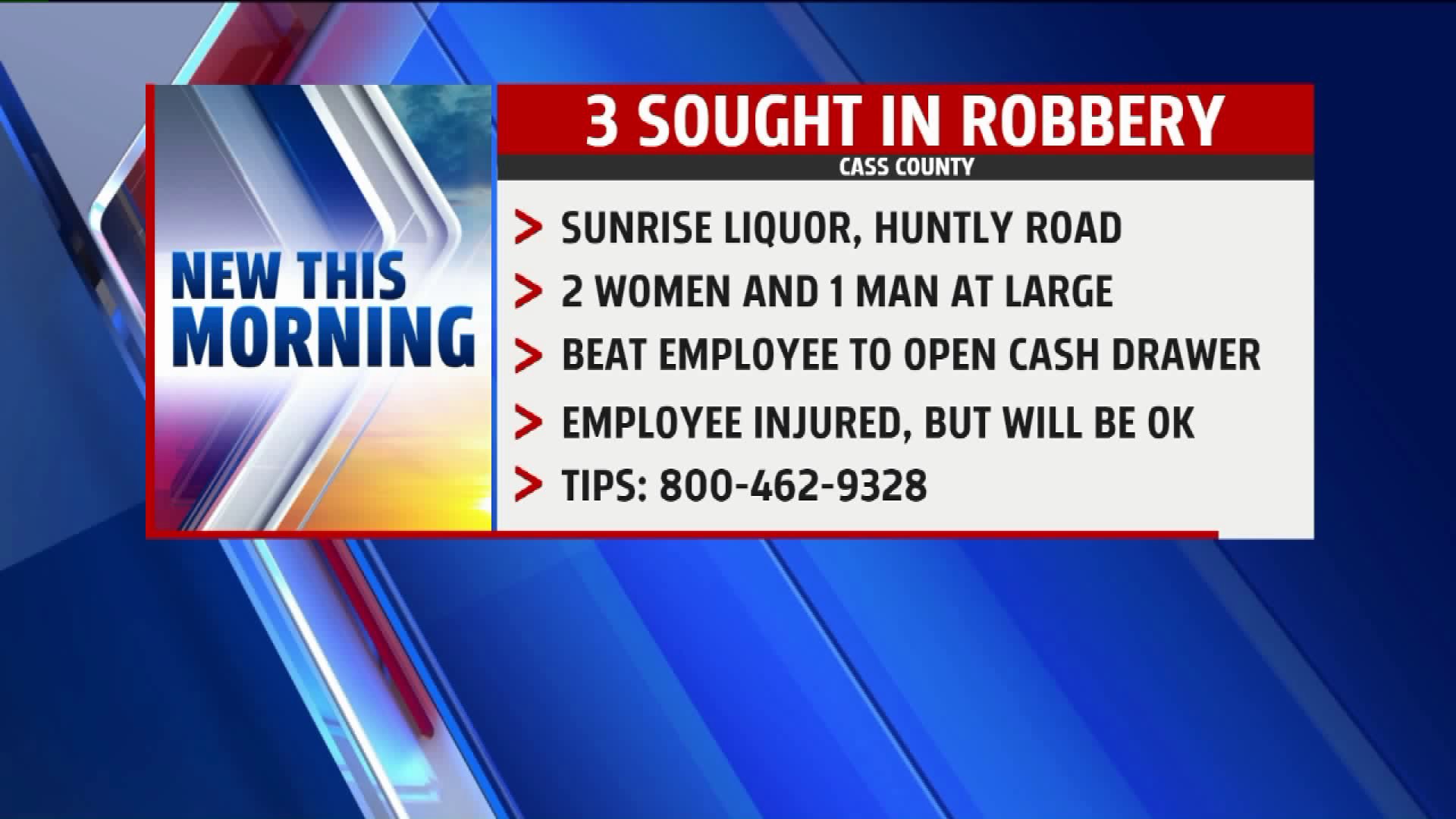 HOWARD TOWNSHIP, Mich. -- Police are searching for three suspects accused of injuring an employee during a robbery at a Cass County liquor store.

The employee at Sunrise Liquor, in the 1000 block of Huntly Road, tells authorities that the three suspects entered the store and started physically assaulting him, forcing him to open the cash drawer.

Police say the employee was injured in the incident, but is expected to recover.

Police say the trio fled from the store in an unknown direction. A K9 track was attempted and evidence was located but authorities did not locate the suspects.